From the S&S archives: Far-out fashions ahead for men 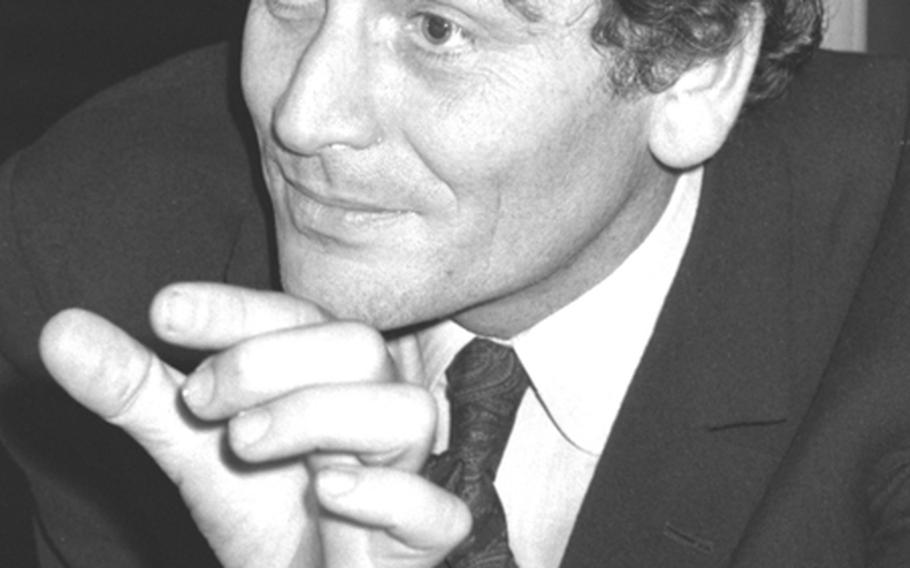 Fashion designer Pierre Cardin is interviewed in Tokyo in October, 1966. (©Stars and Stripes) 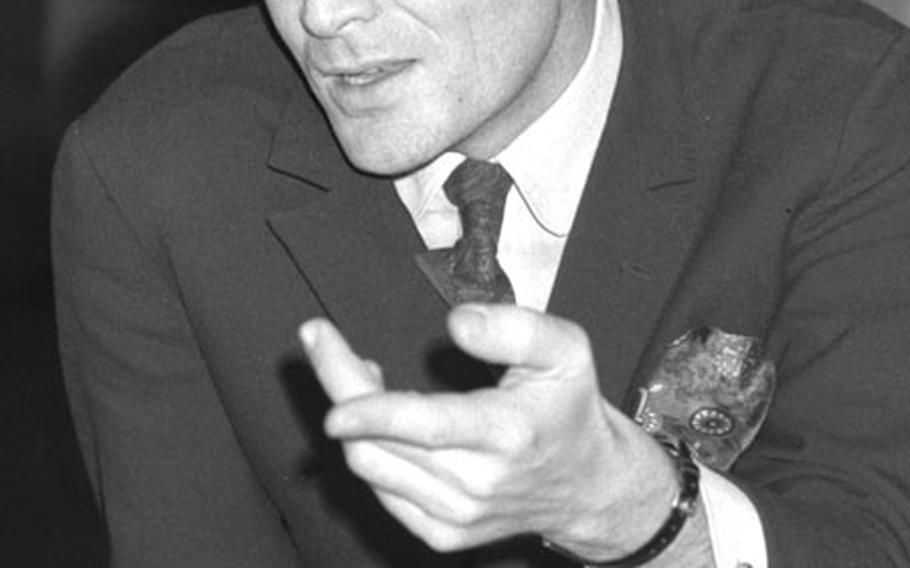 TOKYO &#8212; Men will start wearing. bright colors on the street and more fitted clothing during the next decade, says Pierre Cardin, one of France&#39;s most famous designers.

Cardin, for the past several years, has been waging an uphill fight against male resistance to high fashion.

"Men began wearing bright colors for swimming and skiing and now for all sports. The movement is launched and soon you will see men on city streets in red, yellow, purple," Cardin predicted in an interview here Wednesday. .

The 43-year-old designer was wearing a dark modified Mod suit with a wide paisley print tie and with a flamboyant red silk handkerchief in his suit coat pocket.

Cardin, who began his career with Christian Dior and opened his own design house in 1952, said that today his business in men&#39;s wear is 10 times what it is for women&#39;s fashion.

"Only last week," Cardin said, "I opened my own shop for men&#39;s wear at Bonwit Teller in New York. This is the first time in the history of Bonwit&#39;s that it has ever sold men&#39;s clothing."

The Venice-born designer discredited the notion that Frenchwomen are better dressed than Americans.

"It is the same everywhere. Some are well dressed, others are not. The only difference is that the American woman has more money to spend and can buy more fad clothing. In other countries, women have to worry if the color and cut of a new purchase will still be fashionable in five years."

Cardin, however, defended high fashion, despite the fact that few women wear it and few men like it, on the grounds that it sets a trend that determines popular fashion five years later.

"Everything has to start somewhere," he said. "Ford started with one car, and of course it was eccentric. But after a few thousand cars it was ordinary. And you mustn&#39;t forget that there are some women who buy and wear high-fashion creations."

On the short skirt issue, Cardin said skirts would go as short as women wanted them to and would stay there until women got tired of them.

When will this happen?