From the S&S archives:Early road was bumpy for Kirk Douglas 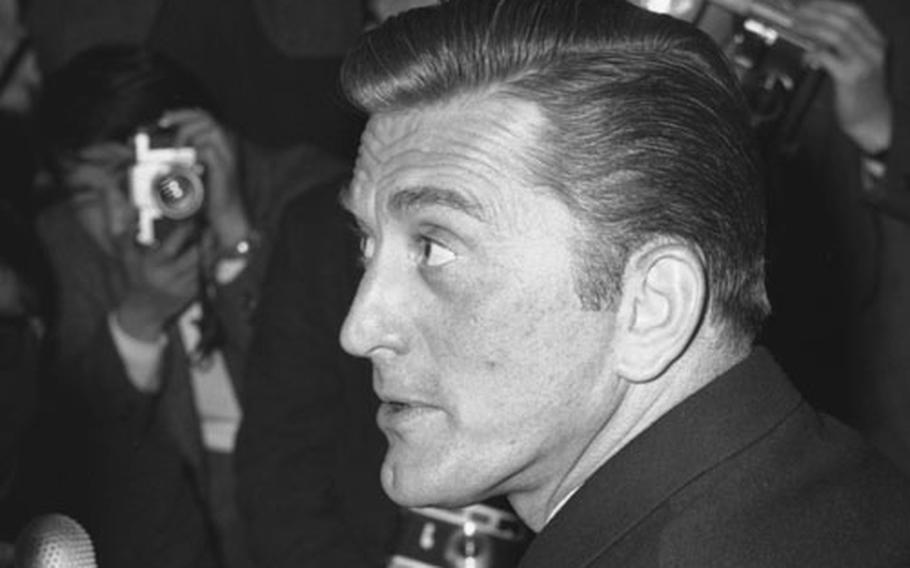 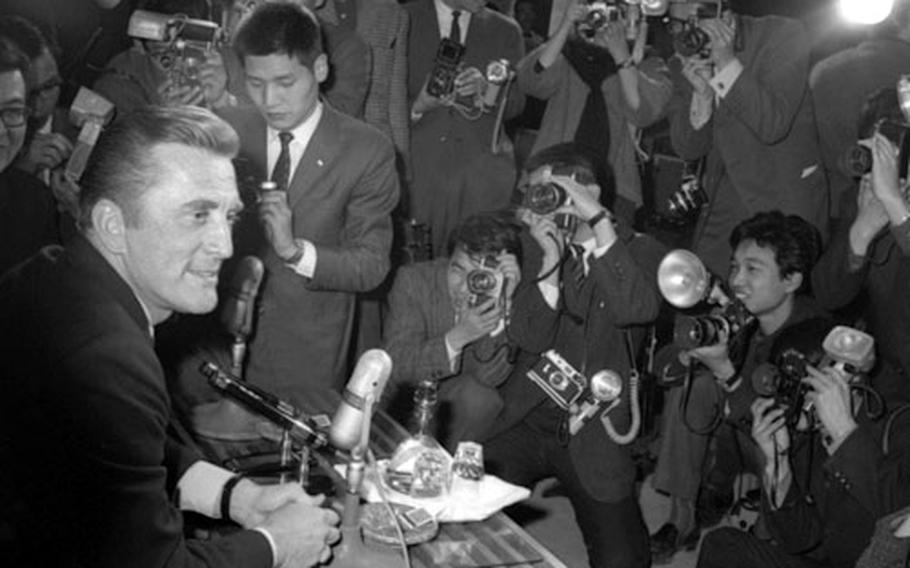 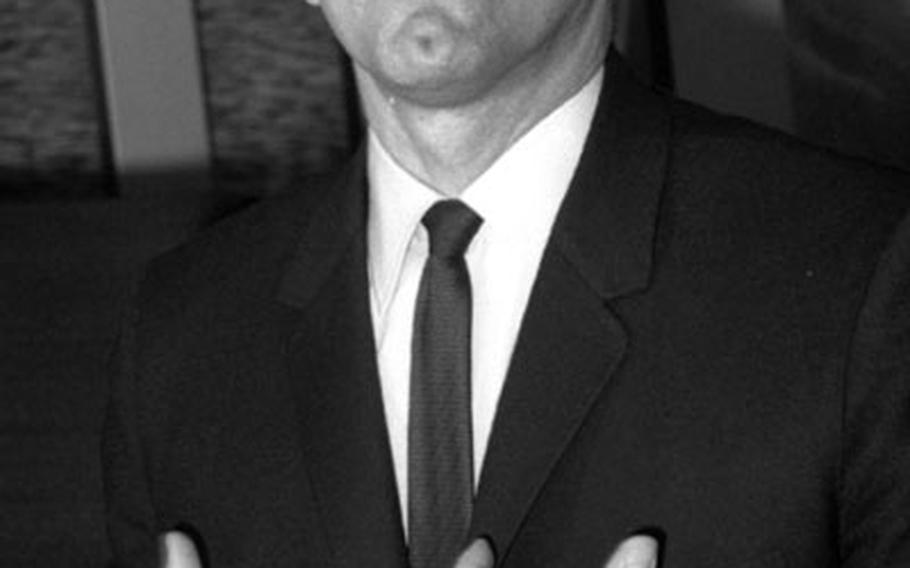 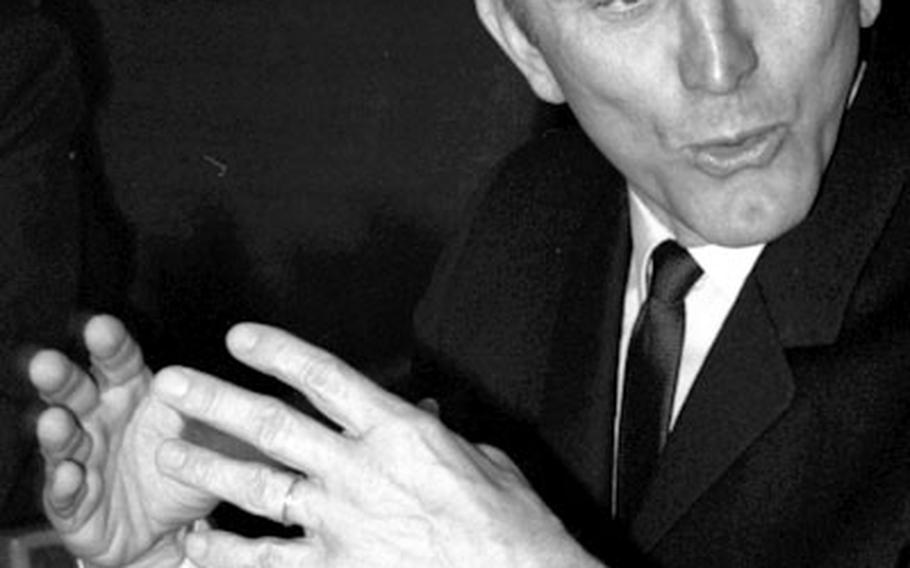 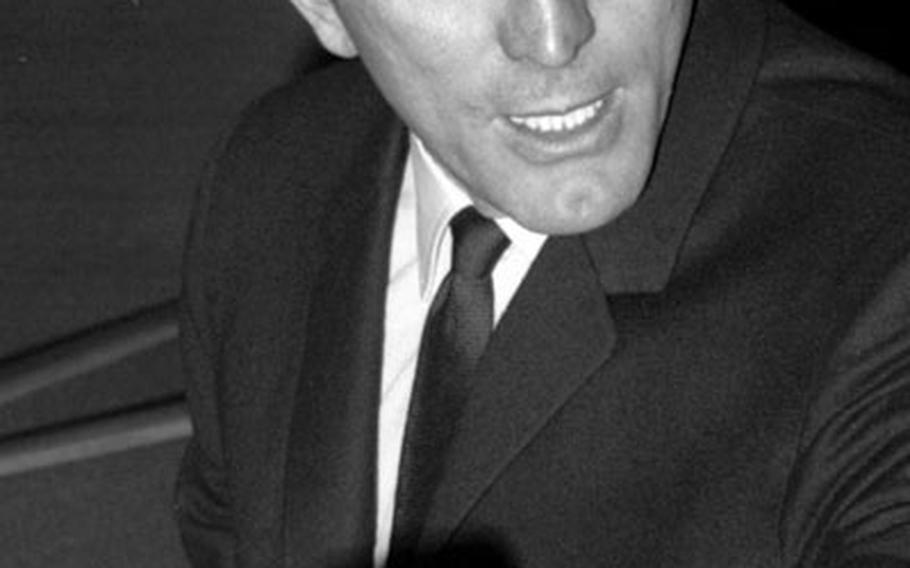 TOKYO &#8212; Actor-producer Kirk Douglas thinks that his luck is here to stay.

Douglas, who lived between poverty and starvation as a boy, told reporters during a press conference here, "I&#39;m glad that I had a hard time in a country where today I can make a movie such as &#39;Seven Days In May&#39; with no resistance from the government or the people."

The lean, 175-pound actor was referring to the theme of his latest movie in which military leaders plot to overthrow the U.S. government.

"It shows that America is a land of freedom," Douglas continued.

"Even though the theme of &#39;Seven Days in May&#39; deals with the attempted overthrow of the American government, it could also pertain to your government or the government of any country," Douglas said.

Douglas rose from poverty to one of America&#39;s highest paid actors.

How did lie get where he is today?

A graduate of St. Lawrence University at Canton, N.Y., Douglas started out a string of Broadway successes in 1941 when he played the role of a messenger boy in "Spring Again."

During those days, Douglas said, he lived in a tiny room at the Settlement House in Greenwich Village and worked part-time as a waiter.

Douglas entered the Navy in 1942, attended Midshipman School at Notre Dame and was commissioned an ensign. He later served on an antisubmarine patrol in the Pacific as communications officer and earned the rank of lieutenant (junior grade).

He got a break when he was cast in the juvenile lead in "Kiss and Tell" a few weeks after being discharged from the service.

Since that time Douglas has starred in such movies as "For Love or Money," "Spartacus," "Town Without Pity" and "The Walls of Jericho."

Douglas says that his belief is that "to exist, one must be more critical of himself than others."

He has produced several of his own movies since forming an independent film company in 1951.

Accompanied by his wife Anne, the actor-producer is on a round-the-world trip in conjunction with the State Department&#39;s goodwill program of sending American artists abroad.