From the S&S archives: Dundee a veteran trainer — and mother hen 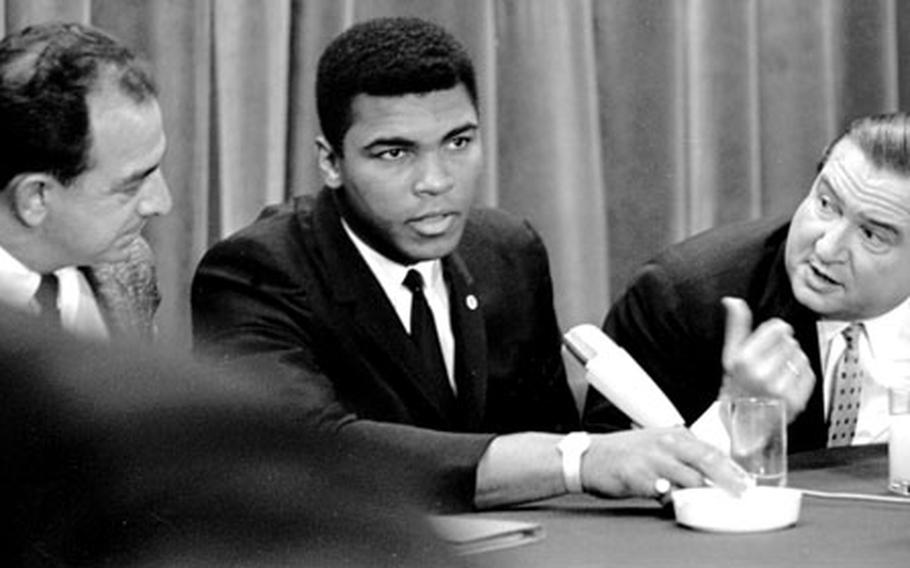 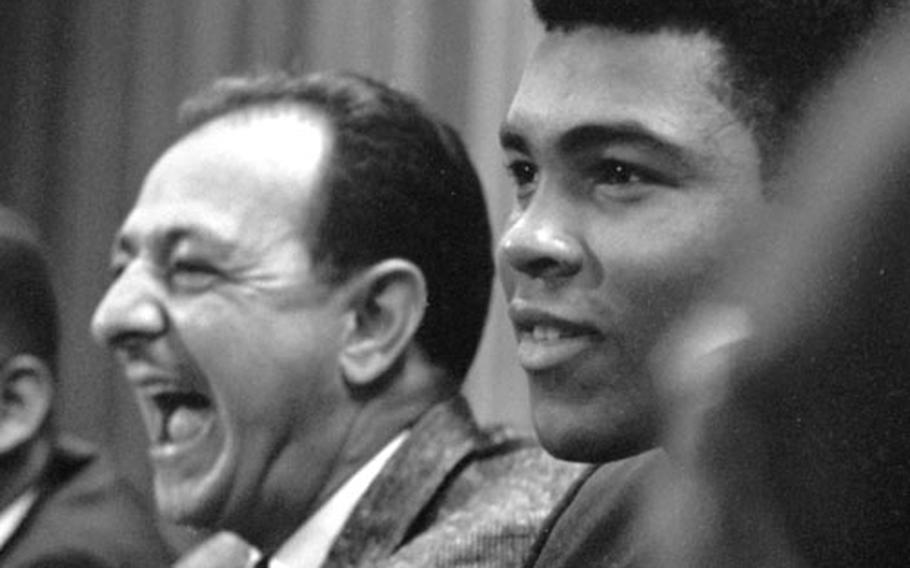 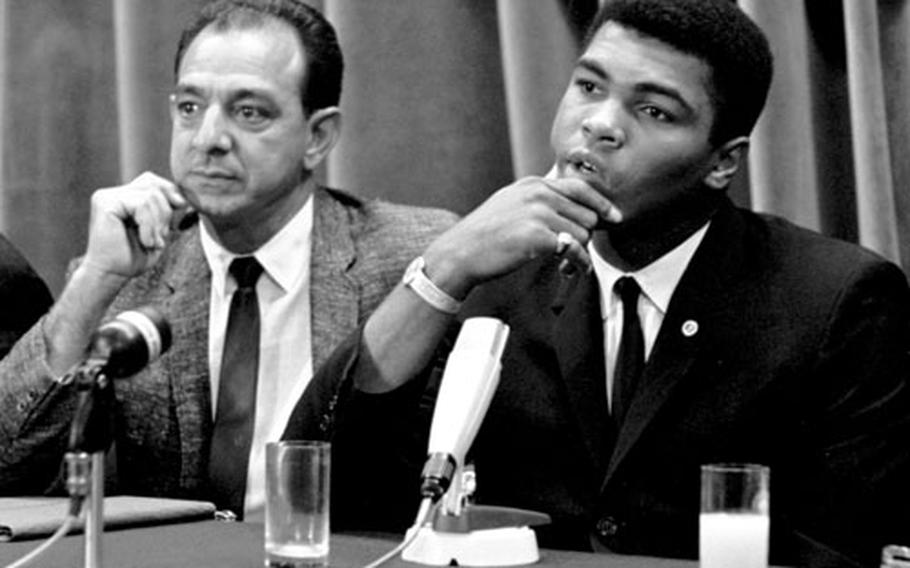 He arranges hotel accommodations, gently herds his brood of fighters, keeps track of luggage, distributes mail, drinks coffee with the inquisitive press, and, when not otherwise wrapped up in the array of details surrounding the comings and goings of heavyweight champion Cassius Clay, manages to be one of the fight game&#39;s outstanding trainers.

Although admitting he enjoys the three-ring circus atmosphere that hangs permanently over the Clay camp, he leaves little doubt he genuinely loves mostly the business of training.

Training fighters is a business he learned at the knee of his brother Chris, also one of the trade&#39;s outstanding handlers of boxers.

The Philadelphia-born Angelo, relaxing at the Intercontinental Hotel over coffee while Clay and his friends were busily checking out the wares at a nearby camera shop, reviewed a career at ringside that spans 18 years.

It was while he was stationed progressively in England, France and Germany during the war and postwar days of 1943 to 1946 that Angelo started his boxing career as a service welterweight.

He laughed in remembrance: "A friend saw me fight and must&#39;ve told my brother Chris that I was a good prospect. Chris sent me a telegram that said, `Forget it!&#39;"

But Angelo didn&#39;t immediately forget, returning to boxing stateside after a hitch with the government as a naval aircraft inspector. He helped his brother set what Angelo believes is a record as fight manager; Angelo was one of seven Chris Dundee boxers fighting in main events on the same night.

In 1948, Angelo decided to try his hand outside the ring. Sleeping on a studio couch in Chris&#39; New York office, Angelo began to learn the trade from the inside, rubbing elbows with the greats of the game.

"It was a thrill, having coffee in the mornings with the promoters and ringmen I had heard so much about. It taught me a lot."

The slightly built, warm and outgoing Angelo, who had developed a yen for travel while in the service and who credits his service experience with teaching him how to work with men, subsequently began handling his own group of fighters and a listing of the names sounds like an all-star cast.

He has six champions to his name: in addition to Clay, Angelo has added to his stature with Carmen Basilio, Willie Pastrano, Sugar Ramos, Luis Rodriguez and Ralph Dupas.

As trainer, Dundee perhaps understands the inner workings of Cassius Clay as well as anyone, but a major personal credo dictates Angelo&#39;s attitude where the controversial champion is concerned.

Pursuing this theme, he remarked with a shake of his head, "Some people got on me because I didn&#39;t change his style. Why should I try to change his style &#8212; add to it, yes, that we did, but there was no reason to change it!"

Philosophizing briefly, Dundee said, "You have to treat every man differently. The champ doesn&#39;t like to be dominated, and he doesn&#39;t like perseverance. But he has been very exciting to work with ... a great talent."

Dundee first met Clay in 1958 &#8212; at the same time, incidentally, that he met Muhammad Ali&#39;s sparring partner Jimmy Ellis, brother of former USAREUR champion Charlie Ellis &#8212; and hooked on with the future heavyweight titlist in 1960, the year Cassius won the Olympic gold medal in Rome.

The stars of the veteran trainer and the youthful Clay have followed the same orbit since, and Dundee&#39;s happy with it that way.