From the S&S archives: Duke Ellington on fourth Japan swing 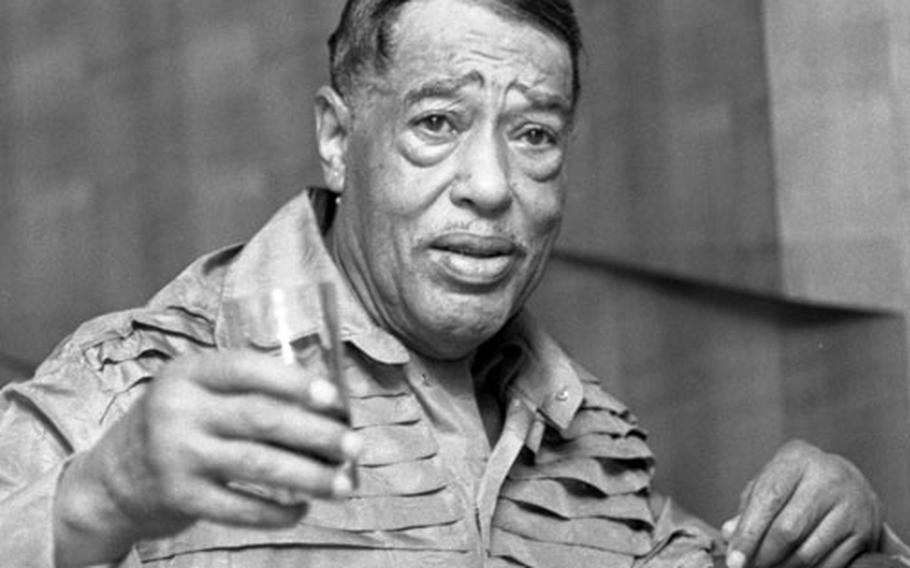 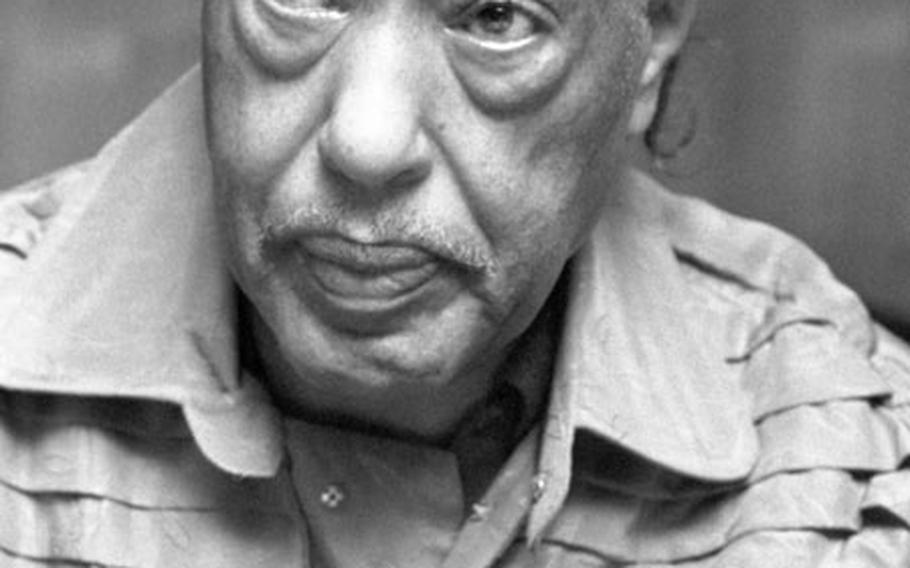 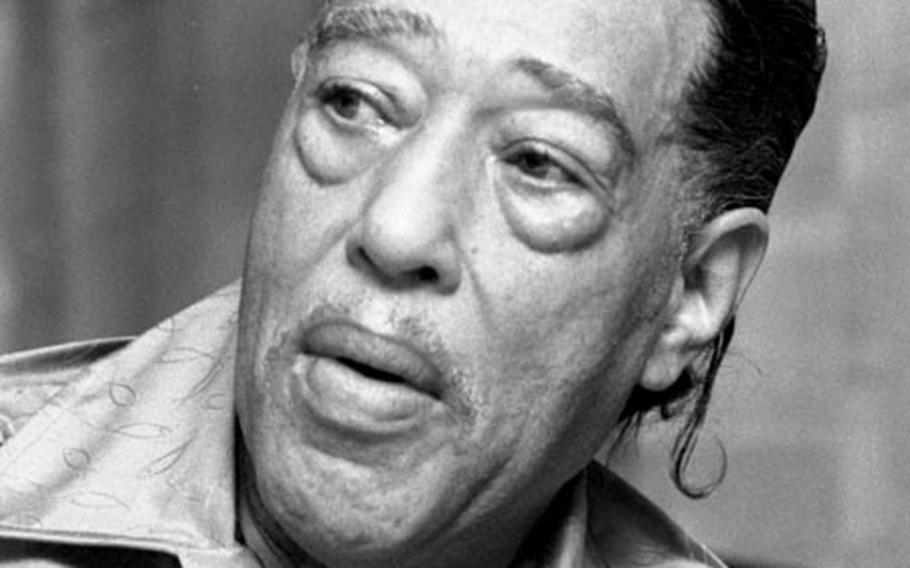 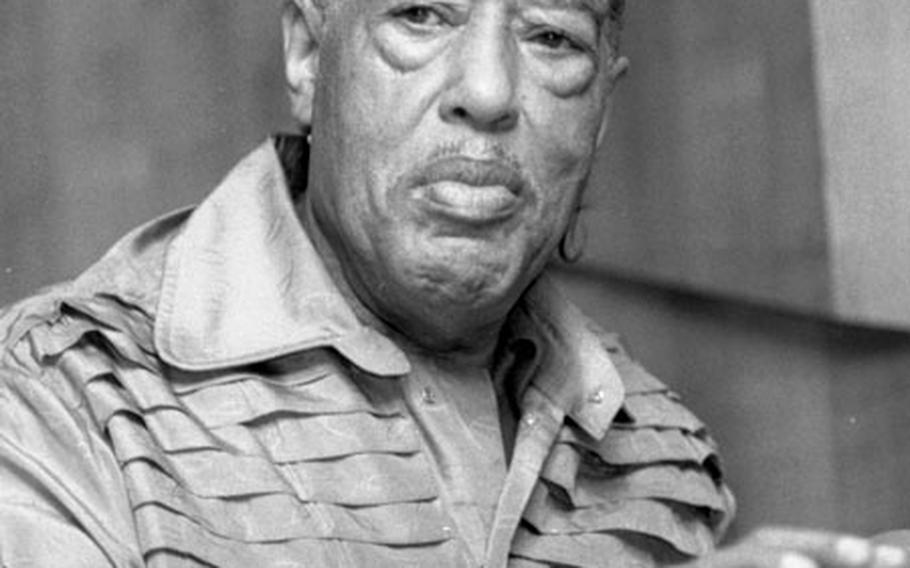 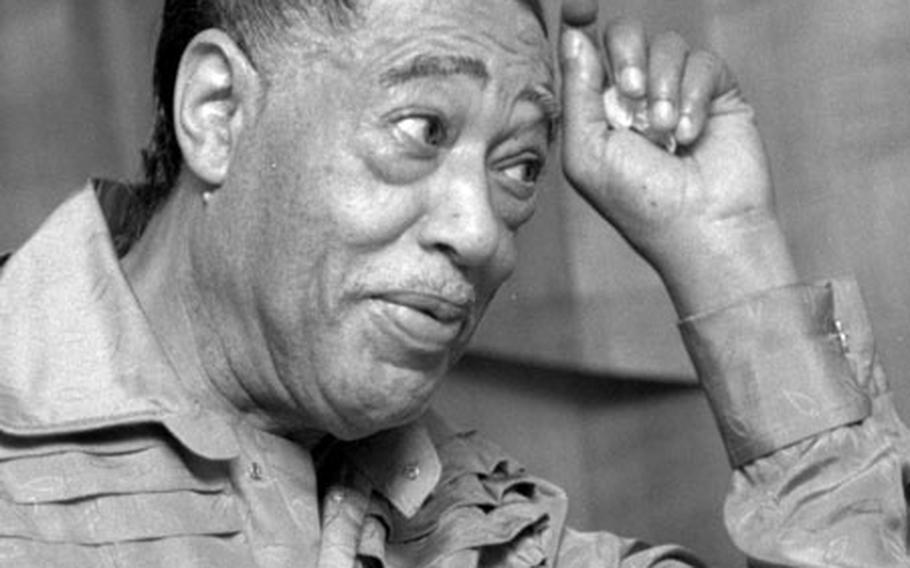 It was labored, makeshift Japanese, but the closest Duke Ellington could come to his famous spoken trademark, "I love you all madly." And in a hotel reception room and a large and crowded concert hall Thursday, the ageless (well, 72) master of big band artistry came through loud and clear.

Why not? He&#39;s been doing it for the past 50 years &#8212; suavely parrying questions from knowledgeable or ignorant reporters, playing music that spans continents, bridges political barriers and takes giant strides across the generation gap.

He conquered Leningrad and Moscow last September &#8212; the first such large-sized orchestra to perform for Soviet jazz fans since Benny Goodman toured there in 1962. Now, with the gates of mainland China creaking open, he was asked if he might visit Peking. An ignorant and premature question, and one he turned aside with a cool and intelligent answer.

"I always go where I&#39;m invited. I never intend to do anything but use my next roll. I wake up in the morning, I look up and I see the sun is shining. I&#39;ve got another roll.

He was. Making his fourth visit here since 1964, Ellington began a 12-day tour of Japan by bringing all of his greats to the cavernous Koseinenkin Hall in Shinjuku. Trumpeter Cootie Williams, tenor saxophonist Paul Gonsalves, trombonist Booty Wood, saxophone and clarinet man Russell Procope blitzed their masterful way through "C-Jam Blues," "Black and Tan Fantasy," "Creole Rhapsody" and an amalgam of other classics.

The incomparable Williams blasted away vibrantly on "Take the A-Train" and was &#8212; well, incomparable.

Meeting reporters at the Okura Hotel six hours before the concert, Ellington said he deeply felt, personally and professionally, the loss of alto saxophonist Johnny Hodges. He said Hodges&#39; solos might now be thrown to a trumpeter or another instrumentalist &#8212; never to another saxophonist.

Ellington repeatedly emphasized another thing &#8212; the crowds come to hear the aggregation, but the leader. On the stage, he was the self-described "backup man on the piano." He often vanished during solos. Like the black-clad property man in a Chinese drama, he walked in front of the darkened bandstand during a tone poem to Harlem and thrust microphones at musicians so they could be better heard &#8212; at Gonsalves and then to amplify Harold Ashby&#39;s mournful and moving clarinet solo. Every musician had his say, with a thundering windup by drummer Rufus Jones.

The audience was loudly appreciative &#8212; the kids who wore long hair and garish threads, the greyish elders in conservative and stylish dress. They all applauded standards and classics like "Satin Doll," which sounded as good Thursday night as it did 15 years before.

There were last-minute hang-ups on the tour. Organist Wild Bill Davis couldn&#39;t come. A Japanese promoter jumped up at the press conference to announce that Gonsalves, who hadn&#39;t been listed with the other musicians, would indeed perform.

"He&#39;s the U.S.&#39; best ambassador," Ellington added dryly. "All the ambassadors love him and all the juicehead musicians love him."

But Gonsalves soloed on "Happy Reunion" &#8212; and was at his subtle, melodious best.

Ellington said he liked Japan for its life, its vibrance, its variation. And from the thunder at the concert hall, it was clearly evident that the feeling was mutual.

Ellington&#39;s group scheduled two more concerts at Koseinenkin, one at 6:30 p.m. Friday and another at 2 the following afternoon, following that with a 7 p.m. performance at Prefectural Conference Hall in Yokohama. Other concerts near American military installations include one at Hiroshima Public Hall at 6:30 p.m. Jan. 14, another at Hakata Denki Hall at the same time Jan. 16.