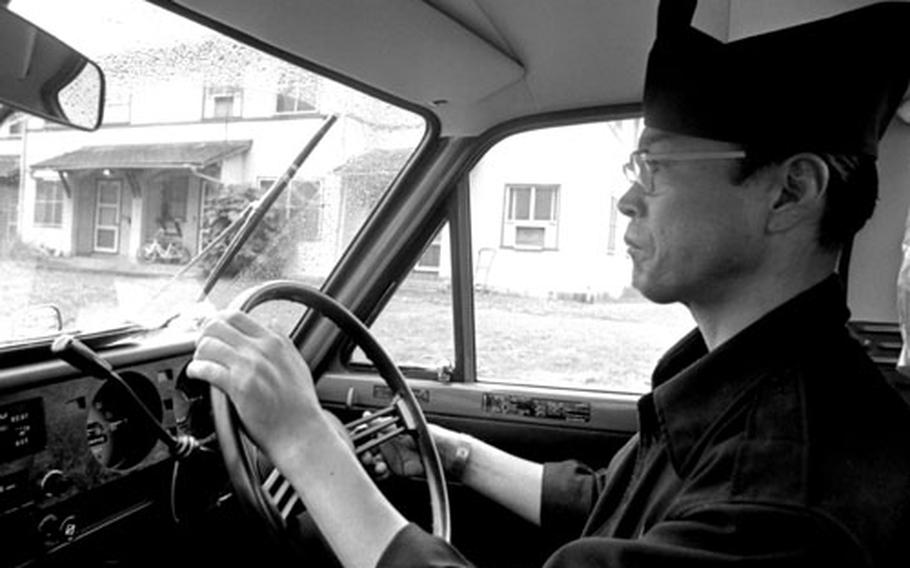 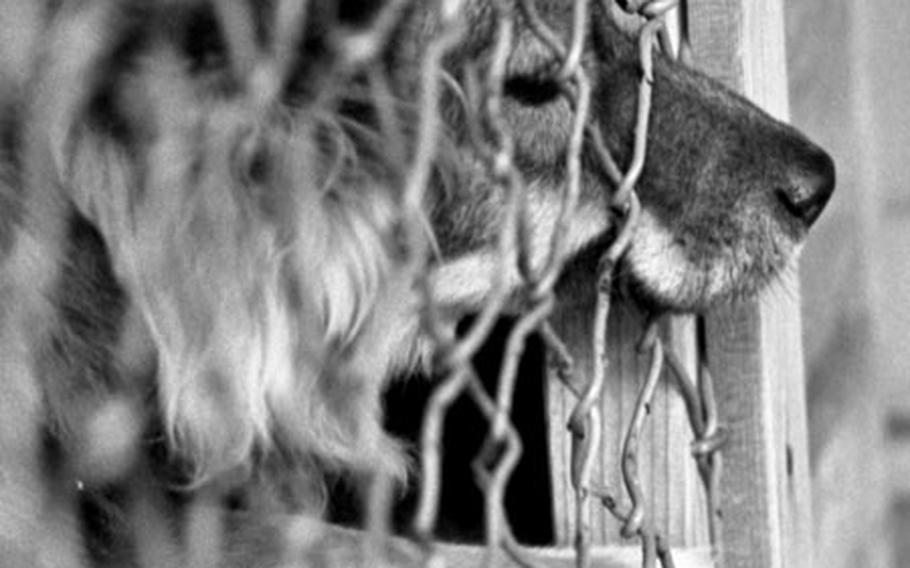 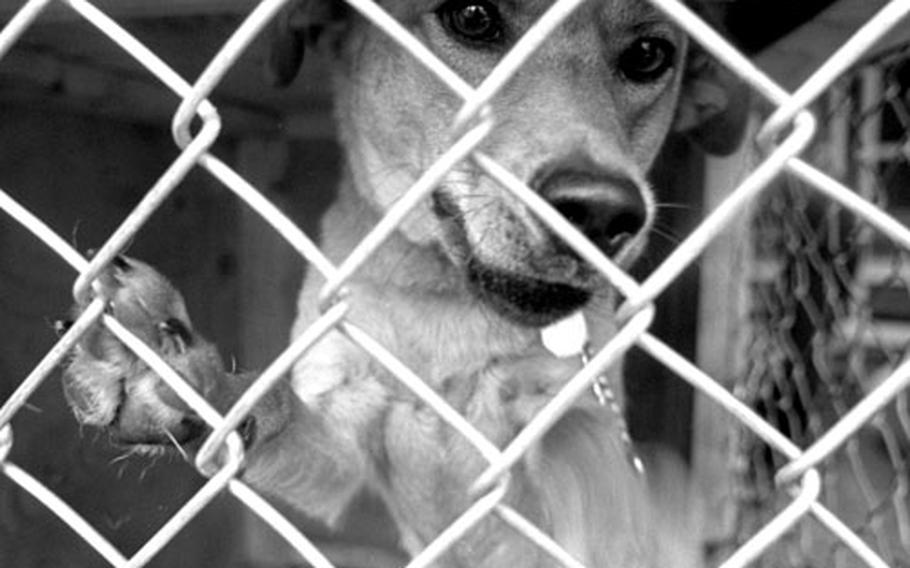 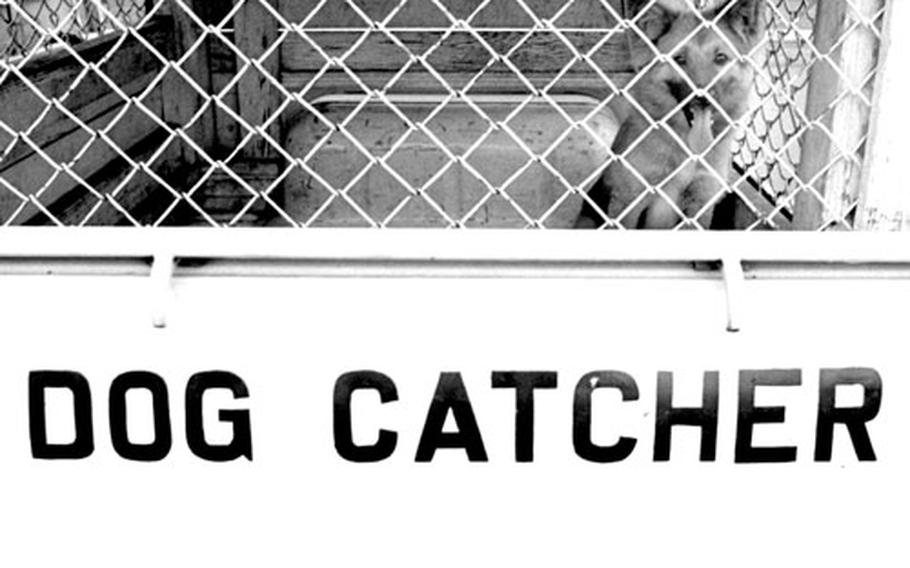 That means tramp, drifter, hobo, bum. I had a home once &#8212; loving hands, regular meals, even a place to sleep. Now, whenever I see people, I have to cut and run.

Like that Japanese lady the other day. There was nothing to eat on base, so I trotted off to pick up whatever I could find. There, in app open garbage can, were the appetizing remains of somebody&#39;s feast &#8212; bones with a few nibbles of pork on them.

They were delicious while they lasted until the lady came out, hurled a rock and called me gomi hiroi.

That&#39;s the lowest kind of scavenger.

I really don&#39;t deserve all this. A fellow has to eat.

I haven&#39;t known where my next bite was coming from since the family left &#8212; the people who picked me up from their neighbors, gave me to their kids, friendly little people who were nice, even though they did twist ears and pull fur.

Well, he got older and bigger, and it was time for them to go home. It would have cost a bundle for them to take me along, almost as much as they&#39;d have to pay for one of the high and snooty breeds in a swank pet shop. I wasn&#39;t lucky enough to be born valuable.

So they turned me loose. Just like that &#8212; left me nothing but an empty dish on the back porch.

Masumi is 56, the first and perhaps the last man to be hired by Americans in postwar years and given a distinction he has often thought he could do without &#8212; the job title of dogcatcher.

It cost him something.

But work was work back in 1949, when Americans enforced the law on and off base and had understandably narrow attitudes about a lot of stray dogs running around.

Masumi got a net that was bigger than he was, and was the only dogcatcher who could go into places like Yokohama&#39;s rowdy Chinatown, where he was as welcome as a storm cloud over a barbecue. He was often chased by angry citizens, sometimes forced to run into doorways and barricade himself.

Still, life was pretty good. His pound and his home were near an area that would later be called Yamashita Park. American officers lived there, and he got generous payments of sugar, coffee and cigarettes for taking care of people&#39;s pets. He tasted Coke for the first time there, and gave the dogs conscientious care &#8212; fed them C rations.

Those, he reflected, at least had homes &#8212; not like the 20,000 strays he would send to be gassed, electrocuted or put. away with lethal injections.

Masumi feels badly about that.

Every year, he finds time to go to a local shrine, where combined Shinto-Buddhist ceremonies are held in remembrance of dead animals.

Then it&#39;s back to work he still doesn&#39;t care much for, but performs with proficiency and competence. He introduced use of a wire lariat to snare strays, flipping it from the cab of a truck and bringing them down with the flair of a rodeo star.

People started calling him "Cowboy." Kids usually like cowboys. They don&#39;t like Masumi. Nor do housewives who rail angrily as he takes some whimpering orphan off to certain death.

"I&#39;m just doing my job," he protests. But nobody sympathizes with a dogcatcher.

Masumi has been bitten many times, often with onlookers cheering for the dog: He threatened to quit, but never did. This is a job somebody has to do in a place like the Yokohama Navy Housing Area, where strays are bad news.

A man he knows well, Chief of Security Yoshio Takita, insists dogcatchers mean well and has a nod of sympathy for Masumi.

"Our number one priority," Takita insists, "is to find homes for the puppies. we pick up. We&#39;re not evil. We just do our job."

That&#39;s what all the dogcatchers say &#8212; guys like Takashi Ozawa, who worked for the Navy as a forklift operator until an economy cut left him jobless. He wanted to be a security guard, and got a crafty nod from an interviewer. Yes, there was such a job open, but it involved work as a dogcatcher &#8212; only part-time, of course.

It didn&#39;t work out that way. Sweeping up strays is all Ozawa does now, around the Yokohama, Yokosuka and Nagai housing areas.

He hates to ride or walk around his own neighborhood.

People still shun and whisper about an inu koroshi.

But, as both dogcatchers see it, they wouldn&#39;t have a job if people would only do right. Instead of dumping their pets into a wilderness of lawns and trash dumps, they ask, why don&#39;t they bring them over to the pound at Bayside Courts? That way, they&#39;d at least have a game chance of winding up with loving owners again ...

This Is Horosha again. Listen to them, will you? For as long as it&#39;s going to last, this is an awful way to live.