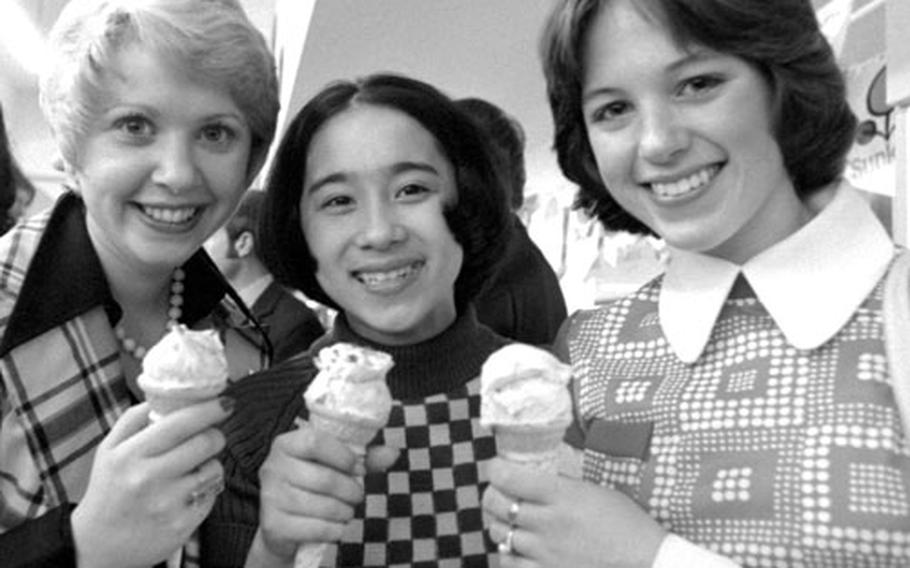 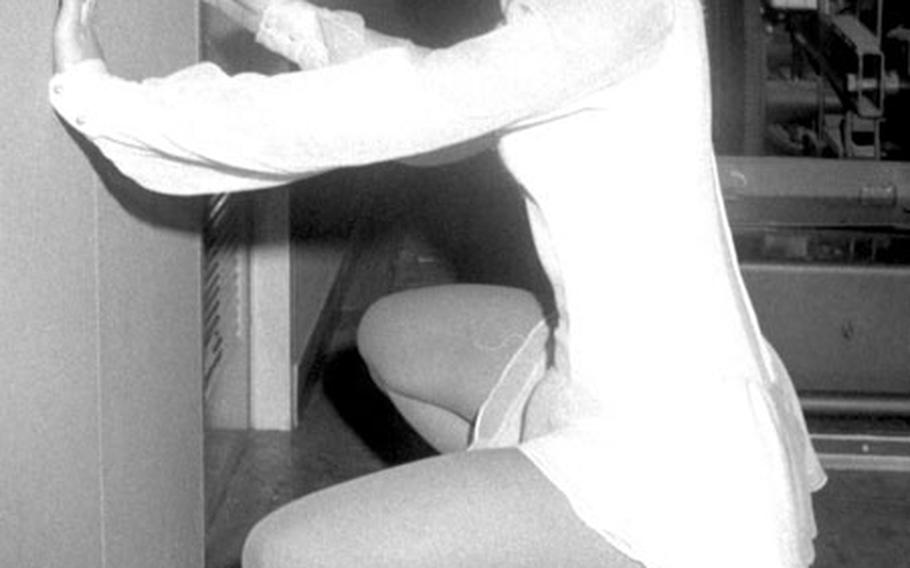 Buy Photo
Dorothy Hamill stretches before taking to the ice for a show. (Paul Harrington / ©Stars and Stripes) 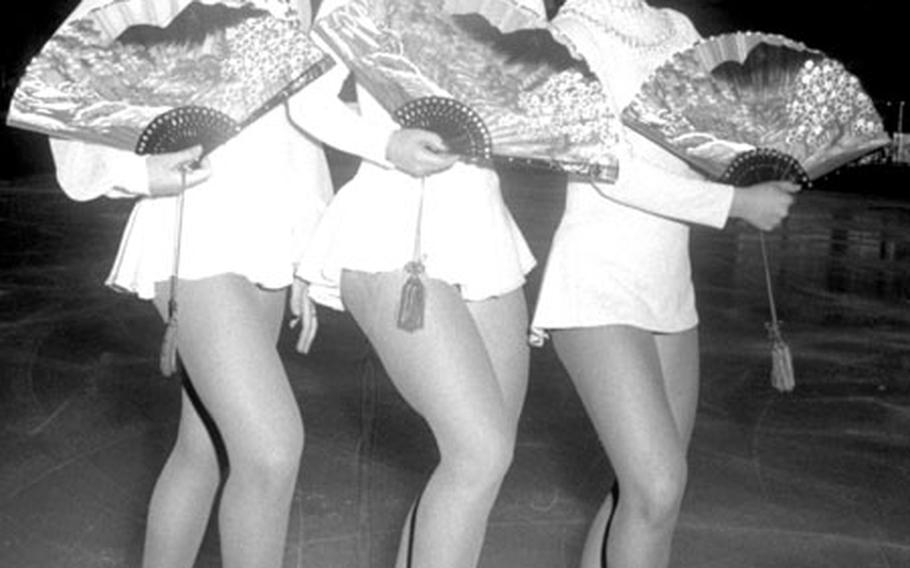 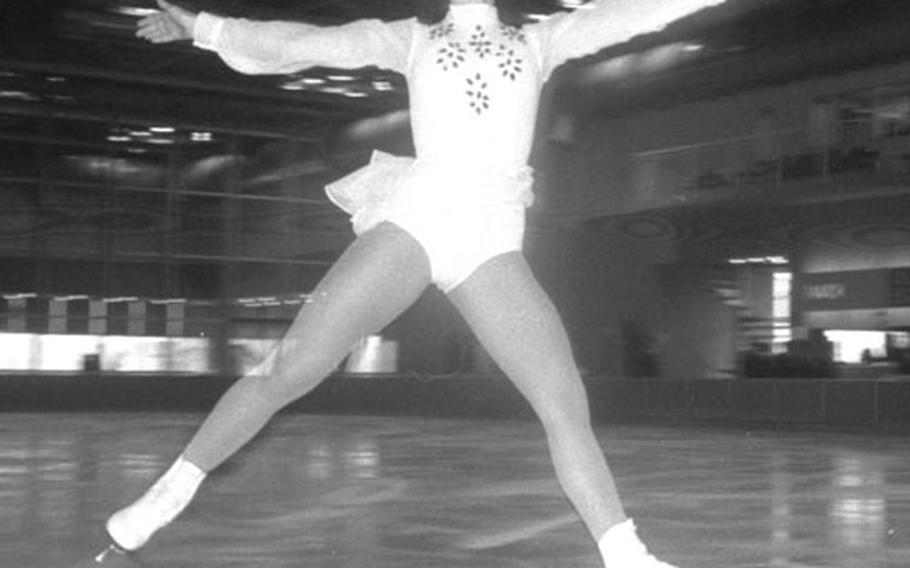 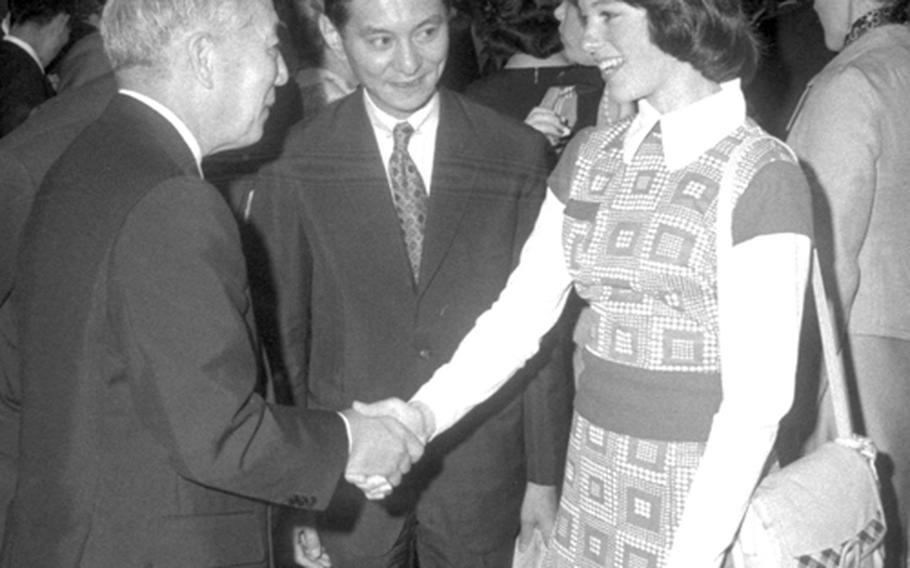 TOKYO &#8212; Are you skating more these days, but enjoying it less?

Not Dorothy Hamill, who many feet will capture a gold medal for the United States in the 1976 Winter Olympic Games in figure skating.

In an interview with Pacific Stars and Stripes, the "Spirit of &#39;76," as Dorothy is often referred to, said she is looking forward to the 1976 Games and sounded optimistic about her chances.

Dorothy was in Tokyo to compete in an exhibition figure skating event along with Canada&#39;s Karen Magnussen.

Miss Hamill gained international recognition while competing in the 1971 Pre-Olympic Winter Games in Sapporo, Japan, at the tender age of 14. She didn&#39;t skate in the 1972 Winter Olympics at Sapporo.

About her first international competition, Dorothy said, "I was just shocked by the whole thing. I didn&#39;t know what to expect or anything and it was pretty hard. Mentally there was really a lot of strain, but not so much physically."

Dorothy feels that by the time the &#39;76 Games come around, she&#39;ll be more mature and mentally ready. She also feels that skating with or against Canada&#39;s Miss Magnussen, the current world figure skating champion; Janet Lynn, the thrilling American stylist, and other top performers &#8212; whether in exhibitions or competition &#8212; will help prepare her for the &#39;76 Games.

Dorothy doesn&#39;t agree with the old maxim that practice makes perfect, but does feel it "helps to get you as close to it as possible."

Speaking of practicing, Dorothy said, "I spend six to eight hours a day getting ready for competition. When skating in exhibitions, there&#39;s very little training, only an hour or two before each performance."

Dorothy also participates in ballet and gymnastics to help keep her body in top shape.

About her chances of winning a gold medal in the &#39;76 Olympics, the 16-year old youth from Riverside, Conn., said, "it&#39;s possible, but it depends. The competition is getting so keen. There are so many good skaters."

Some of the skaters Dorothy had in mind are Lynn Nightengale of Canada, Christine Errat of East Germany, Russia&#39;s Irenia Serian, Japan&#39;s 13-yearold sensation Cathy Watanabe and, of course, the exciting Janet Lynn of the United States.

"Janet will be the one to beat if she doesn&#39;t turn pro," said Miss Hamill. She&#39;s very artistic, quiet and gives off that typical All-American glow. I think that&#39;s what people see in her when she performs."

What did the pretty young lady have to say about world figure skating champion Karen Magnussen?

"She&#39;s a champion in every way. She&#39;s just the nicest person, always trying to be helpful. I look at her as a champion of champions."

Like every individual, Dorothy has plans for the future.

"I want to compete as an amateur until after the Winter Games in &#39;76. Then perhaps turn pro ... skating in ice shows, doing commercials and advertisements for a few years. Then on to college and eventually end up teaching."

Her mother was with her on a Tokyo visit, and Dorothy was asked what part her parents play in contributing to her success.

"My father, well, he&#39;s the paying part of it and he cuts all the music I skate to. Also, he helps me a lot when I&#39;m having trouble because he knows things from watching my coaches train me during the summertime.

"My mother makes my costumes, drives me to the rink every day so I can practice and waits and watches-making sure I work. I guess you could say she does the baby sitting part of it all."