From the S&S archives: David Niven: Still holding an ace in the motion picture poker game 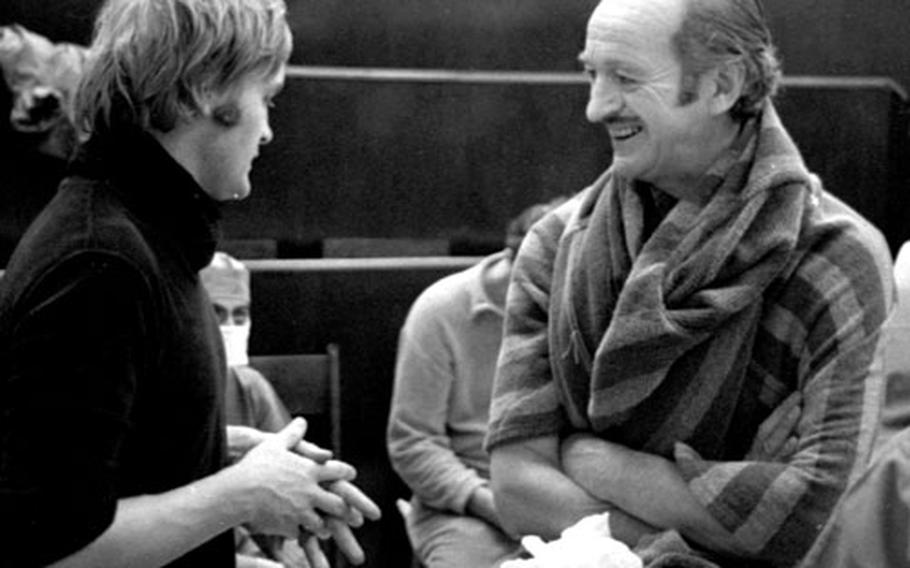 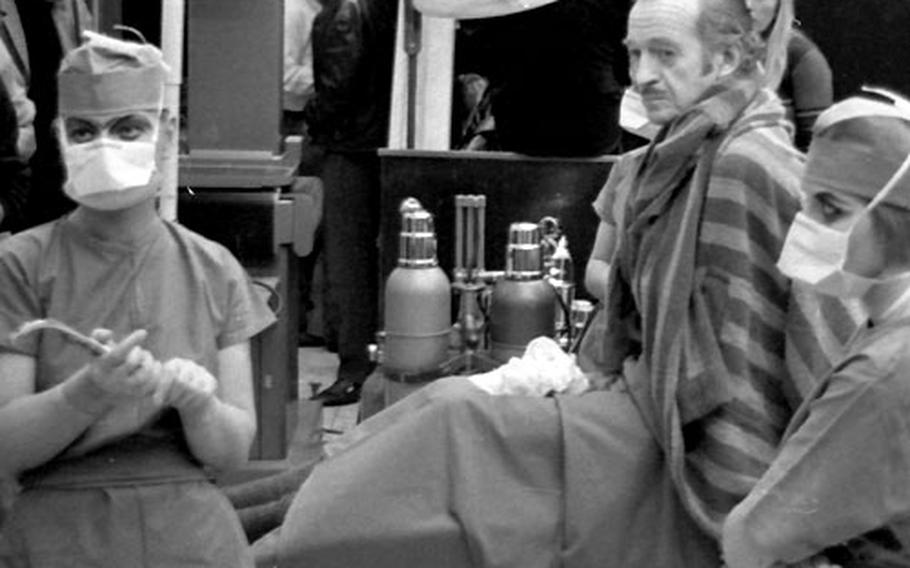 LOOKING out the window of his chauffeur-driven Mercedes weaving through downtown Munich, the suave-voiced actor carefully modulated his words.

"It&#39;s a funny thing being back in Germany after being shot at during the war. I was probably one of Hollywood&#39;s first recruits," recalled David Niven, harking back to the days of World War II.

INTERVIEWED before and after a fantasy sequence filmed in a Munich hospital, Niven said that 94 per cent of the motion picture acting profession is out of work, that Frank Sinatra&#39;s final appearance was for the purpose of raising a million dollars for out-of-work actors and actresses.

"I played a chorus boy for Pearl Bailey in that one," he said.

The perennial star recited a long list of noted entertainers who appeared for that charity performance, many out of work themselves.

NIVEN, who seems to have no employment problem, broke into films by becoming an extra in Hollywood films in 1935.

Before that he had graduated from the British military academy, Sandhurst, and served three years in the army. He knocked around the United States and Canada in various jobs before arriving in Los Angeles.

After three years he had risen through the ranks to star with Ginger Rogers in "Bachelor Mother." The following year he was on his way back to England to rejoin the armed forces of his country during World War II.

Over a glass of wine, he remembered a war incident in Belgium. As a British colonel he had visited an American friend in a unit near the village of Spa.

It was near Christmas 1944. His friend had told him, after a small hunting expedition for wild game, that the Germans probably would come over the hill nearby and drive for the coast in a couple of weeks.

Frightened, Niven asked if higher-ups knew this. His friend replied, "Yes, but they don&#39;t believe us."

The next day Niven left to go back to his unit and the Germans came over the hill, many dressed in American uniforms &#8212; the Battle of the Bulge. U.S. troops began stopping and questioning every suspicious-looking person. No one was trusted.

"Americans would ask me questions like, `Who won the National League championship?&#39; and the like. I didn&#39;t know," he said with mock anguish.

"If it hadn&#39;t been for Ginger Rogers I don&#39;t think I would be here today," he said without chagrin. Chuckling as he continued, he said, "When I would mention that film, a funny look would come in their eyes and they would let me go, only for the next unit to recapture me."

NIVEN HAS made his home in Cap Ferrat on the French Riviera resulting in French citizenship for his two adopted daughters. (Two sons of an earlier marriage are American by birth.)

"Why France?" He looked quizzical and then in his precise English replied, "If you have spent 25 years in a climate like Hollywood, you just can&#39;t go back to Sheffield and live." His wife, Hjoerdis, is Swedish.

Niven&#39;s older son, 27-year-old David Jr., is doing production work for Columbia Pictures in London while Jamie, 24, is a banker in New York City. His two girls, Kristina, 10, and Fiona, 8, are school children in France.

Now a devoted family man, Niven remembers his boys&#39; childhood with regret. Always busy then, he really feels he never got to know them. Now he refuses to be away from home all the time.

"Next spring I plan on doing a western with Peter Sellers," the actor said. "Yes, Peter Sellers. It will be called `How Much Is That in Guineas?&#39; Naturally, it will be a comedy."

Filming starts next spring in Spain and some portions will be shot in Yugoslavia.

HE explained the hardest part of movie acting is that scenes are shot weeks apart and you must maintain character. Those scenes, when shown on the screen, come up every few minutes.

In "Around the World in 80 Days" he had to look frustrated many times about the delays in his trip around the world. "The terrifying thing is, that face came on the screen (with the frustrated look) every two-and-a-half minutes, but we filmed them weeks apart. It had to be the same every time," he lamented.

His success has spanned 36 years of acting, from an extra to being the "king" in his new picture. Does all this really please him? He says he&#39;s far more pleased by the fact his autobiographical book, "The Moon Is a Balloon," is a top seller in England.