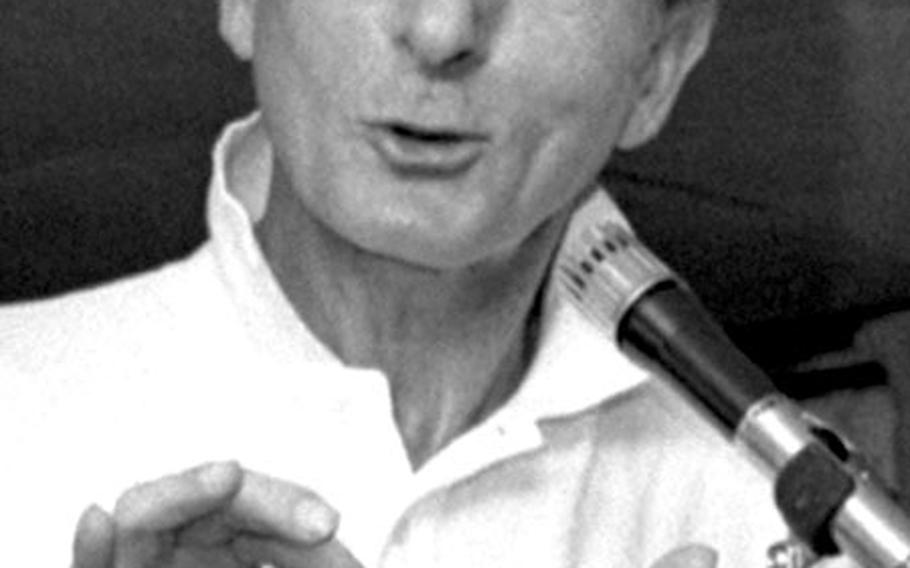 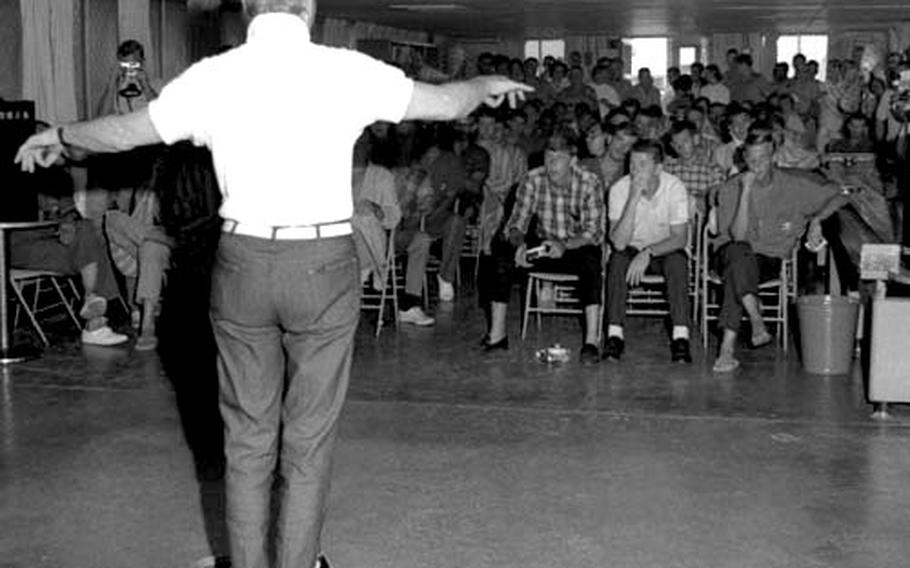 Danny Kaye, decked out in blue corduroy trousers, red sport shirt, cardigan sweater and ankle-length boots, seemed shocked and even a bit hurt that anyone might suggest retirement to him.

Kaye was referring to his current tour of U.S. military hospitals in the Far East. It is just one of numerous tours the comedian has taken during the past several years to entertain American servicemen or promote the United Nations International Children&#39;s Emergency Fund (UNICEF).

"For me, traveling is no sweat. It requires no emotional effort or sacrifice on my part. It&#39;s just something I like to do and feel I have to do," Kaye said as lie waited for lunch in his 10th floor suite in the Tokyo Hilton.

He goes on to the Philippines Wednesday, Guam Friday and will return to Tokyo before leaving for Europe on Aug. 22 to attend the opening of the Junior Olympics in Copenhagen.

Kaye said he talked with about 350 patients Friday, his first day of touring hospitals in Japan.

"I&#39;d rather spend my time visiting bedside with the men than putting on a show," he said. "It&#39;s a more personal thing. You can&#39;t imagine the heartwarming feeling you get when you see a man smile as you walk over to his bed. It&#39;s not so much what you do, but that you have spent 5 or 10 minutes with him alone."

The 54-year-old performer, who describes his health as "sensational," toured Vietnam recently. It is the third war in which he has entertained U.S. troops but "It&#39;s no different," he said.

"All wars are the same &#8212; all terrible. All filled with the same horrors and tragedies. But, the morale of our boys down there is as great as it was in the other wars. They&#39;re over there to do a job and they&#39;re doing just that."

Kaye&#39;s ability to rattle off double-talk in seemingly any language has led many to believe he can speak several languages.

"This is not true," he said. "I know a few words, just enough to fool people temporarily. But, when they start talking to me in their language, I&#39;m lost."

There are people who still won&#39;t believe it. Especially, a pretty French starlet who once got into a conversation with him.

After listening to Kaye spout what sounded like French, she turned in despair and cried, "I know it&#39;s French but I don&#39;t understand a thing he&#39;s saying."