From the S&S archives: Curtis Mayfield: Keep on Pushin' 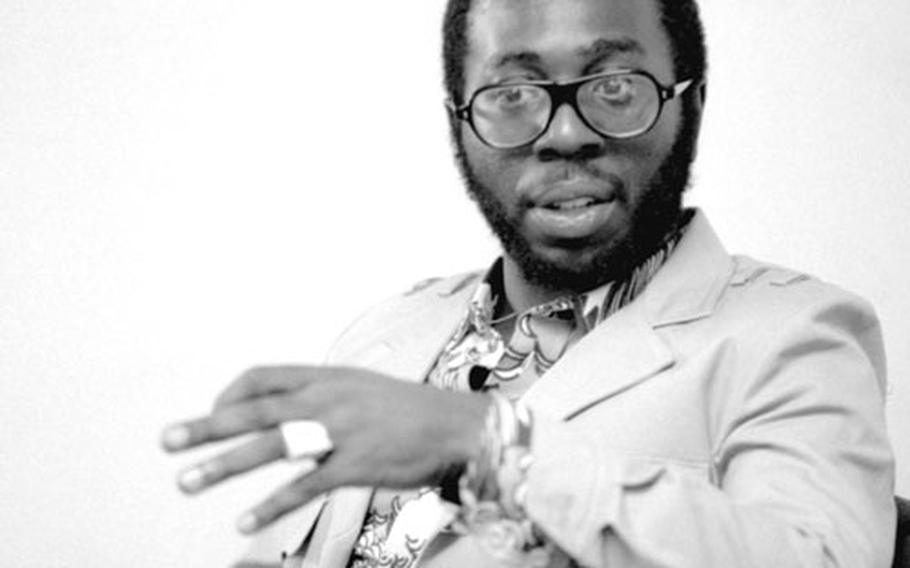 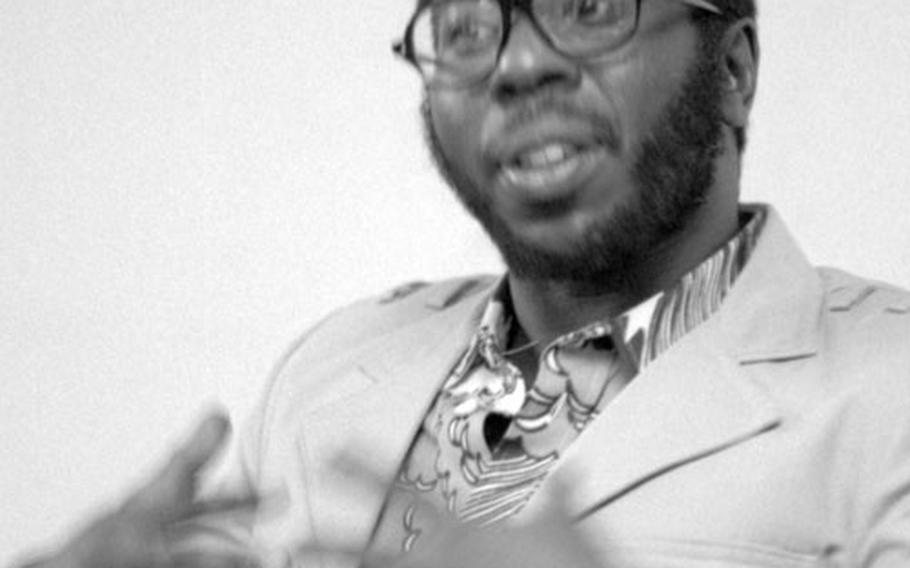 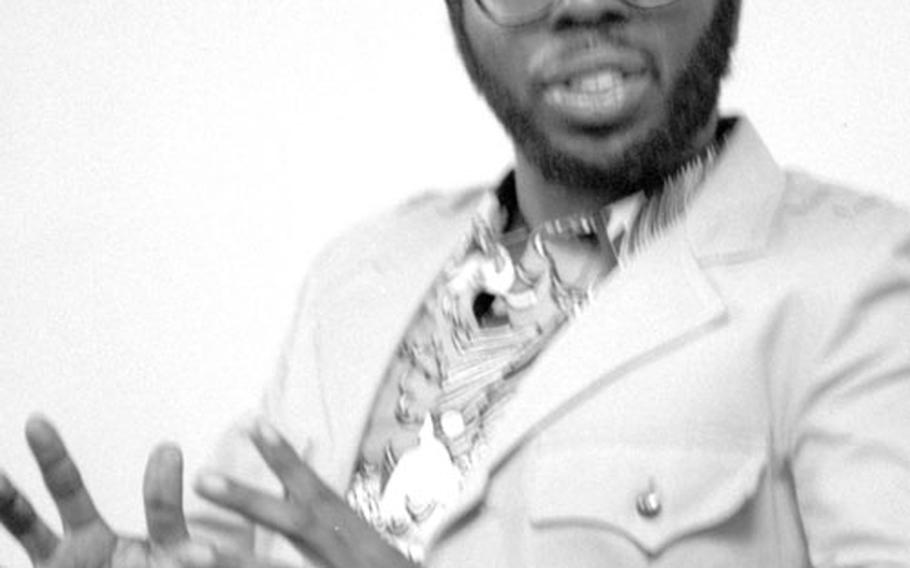 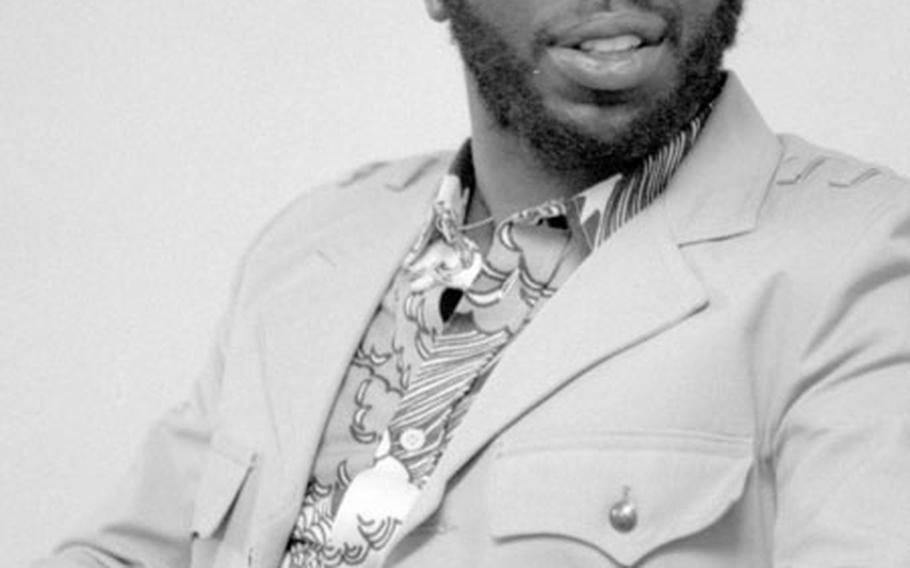 SOUL-SINGING songwriter Curtis Mayfield just keeps on pushin&#39;. While some activists (both white and black) have accused Mayfield&#39;s music of being too tame, most of his current songs reflect anger and frustration over current social conditions of "the people who are darker than blue."

He attacks indifference in "If There&#39;s A Hell Below We&#39;re All Gonna&#39; Go" and condemns violence and division in "Mighty, Mighty, Spade and Whitey."

AFN&#39;s soul disc-jockey Milt Kemp believes Mayfield&#39;s music is the best kind of social criticism. "You got to know it&#39;s serious," he said. "Here&#39;s a voice that whites are used to hearing. Soft, but telling it like it is."

TALKING about his recent albums, Mayfield says the lyrics don&#39;t say "everything&#39;s O.K. and we can let up now." They do "suggest that maybe we can get things done without taking them so hard and head-on. I just wanted to record an album and express myself and hope that people could pick up on the message and understand the actual insight of what was being said.

"It&#39;s great to be an entertainer, but to have your lyrics have impact on someone is what really keeps on going. I feel the overall idea is to relate, to say things as they are."

Mayfield just keeps on pushin&#39; into the future: "I would like to think that people will just accept me for me, whether it be through production or through very deep songs or songs of love or whatever it might be &#8212; it will be meaningful."

His first solo album "Curtis" is still in demand and his second album, "Curtis Live" has been on the national record charts since last May and his "Roots" album has been on the charts for the last three months.

In Billboard magazine&#39;s 1971 summary of top album-sellers, Mayfield was not only second in the soul field, but, more importantly in terms of exposure, he was eighth among male singers in pop sales, a position that placed him ahead of such figures as Tom Jones, Andy Williams and Steve Stills.

The "Curtis Live" and "Roots" albums though have been both technically and conceptually influenced by Marvin Gaye&#39;s "What&#39;s Going On."

Mayfield and Gaye are at one end of the soul music field across from the frantic vocal styles of performers like James Brown. Mayfield displays a controlled tension in his music. Rolling Stone magazine summed up his vocal style in one word &#8212; pain. "There was pain and shared suffering in all his songs &#8212; pain in his singing, in the melodies, in the elegant harmonies."

MAYFIELD, who will be 30 this June, began singing in church choirs while still in elementary school on Chicago&#39;s West Side.

In 1956, Curtis, then 14, and his family moved to Chicago&#39;s North Side. He left behind him a group called the "Alphatones," but his new neighbor was Jerry Butler, several years older and already an old friend from the time Jerry sang with a group in the "The Traveling Soul Spiritualist Church," which Mayfield&#39;s grandmother headed.

About the same time, the nucleus of a group called "Roosters," Arthur and Richard Brooks and Sam Gooden, moved to Chicago&#39;s North Side.

Butler joined the group and persuaded Mayfield to do likewise.

Realizing that their name lacked a certain air of urban sophistication, Roosters manager Eddie Thomas came up with the "Impressions."

The "Impressions" big break came with their recording of "For Your Precious Love" in 1958, which is still a rhythm and blues classic. However, the success of the record broke the group apart. The recording company billed the group as "Jerry Butler and the Impressions." In Mayfield&#39;s words, "It somewhat created hard feelings among fellas that were all striving equally and trying to make it."

Several months later Butler and Mayfield left the group and the "Impressions" were back where they started. Mayfield became Butler&#39;s guitar player for almost two years &#8212; enough time for him to save up enough money to get the group back together and bring them to New York.

During those two years, Mayfield co-wrote Butler&#39;s first big solo hit, "He Will Break Your Heart." Mayfield then reactivated the recording career of the Impressions with "Gypsy Woman".

Songs of social significance like "Stone Junkie" and "I Plan to Stay A Believer" have characterized much of Mayfield&#39;s music since he left the Impressions in 1969.

THE LYRICS are written in the soul language of the ghetto, complete with a sprinkling of four-letter words.

"Audiences today," Mayfield says, "are listening to lyrics more. My basic motive is to inspire and make people think rather than solely entertainment. I&#39;m not so concerned whether they enjoy it or not so long as they leave with some thought about what is said in the songs.

"I was always writing. I was writing when I was ten, eleven years old, I guess. I suppose a lot of it had to do with my mother and grandmother. My mother used to love poetry; she would recite a lot of poems written by Paul Lawrence Dunbar. And my grandmother was a preacher.

"I used to write gospel songs and sing in a gospel group and actually the only difference later was that instead of putting the word `God&#39; in it, I would just leave that open for the individual to take in and just lay the message itself or the inspiration of what gospel tunes usually represent. As a matter of fact, &#39;Keep on Pushin&#39; &#39; was a gospel song and I changed some of the lyrics. Instead of saying, `God gave me strength ...&#39; I&#39;d say, I&#39;ve got my strength and it don&#39;t make no sense not to keep on pushin&#39;."