From the S&S archives:Cardinal Spellman blesses, dines with GIs at Mannheim 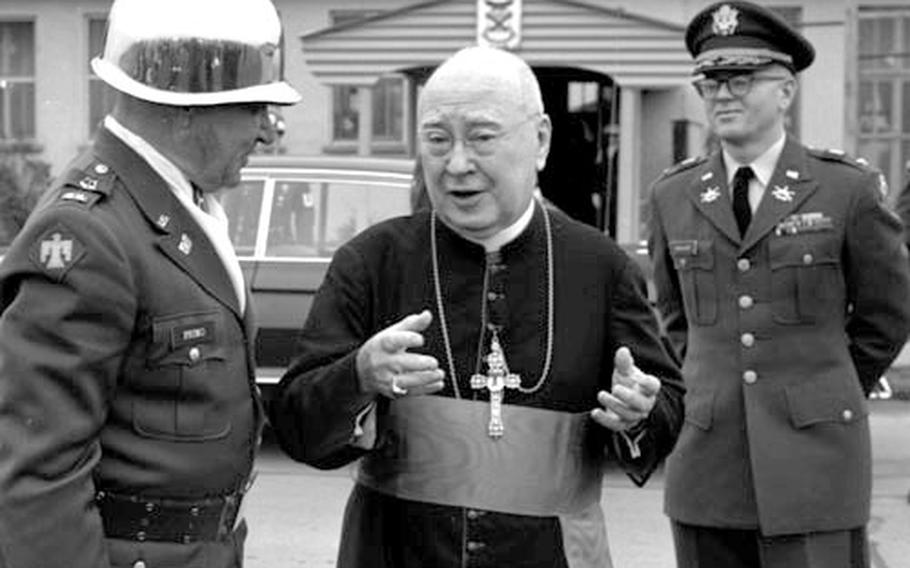 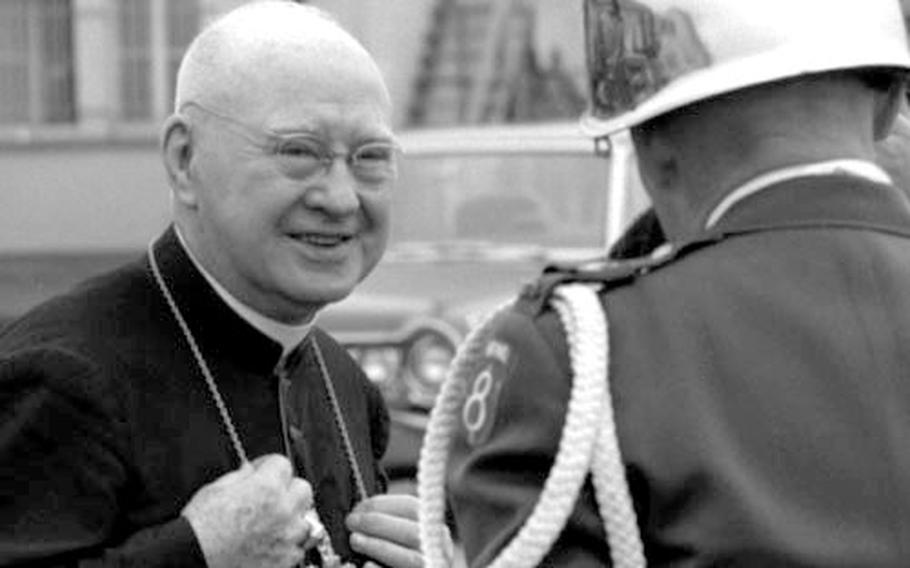 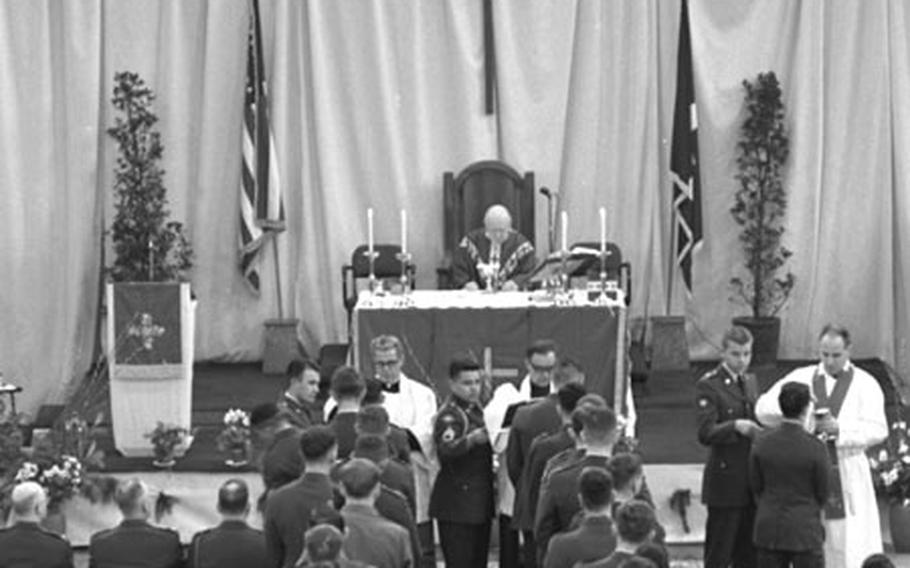 Afterward, the 77-year-old cardinal, who is also archbishop of New York, was accorded an enthusiastic reception at a troop mess hall where he was greeted by a rousing 8th Div band rendition of "The Sidewalks of New York."

In his holiday message, the church prelate said that his greatest satisfaction at this time of year comes from being with these "who serve their country."

"You have my extreme gratitude," he told the men of the 8th Inf Div and their commanding general, Maj. Gen. Patrick F. Cassidy, as well as soldiers stationed here of the U.S. Army Aviation Maintenance Center, commanded by Col. James W. Sandridge Jr.

"It should be rewarding to every one of you," the cardinal added, "to realize what your work means to all of mankind."

He also asked that everyone present remember "all of those who have sacrificed to save our country and gain peace."

"I offer my thanksgiving to God for his blessings on our country and its servicemen," he continued, adding, "the memory of this day will be forever enshrined in my heart."

As those who attended the Mass left the gymnasium they were presented with souvenir holy medals.

The meal of Southern fried chicken and trimmings was prepared under the supervision of mess steward, Staff Sgt. Herman H. Kirby, from Muskogee, Okla. Before the meal the cardinal was introduced to the kitchen crew.

"It made me feel right at home," the beaming cardinal commented after hearing "The Sidewalks of New York."

He walked among the band members offering his congratulations on their musicianship.

The cardinal and his party came up with a vocal treat of their own when Monsignor Ahern sang a ballad in a highly professional Irish tenor.

Cassidy then concluded the program by naming Cardinal Spellman an honorary member of the 8th Inf Div, which has its headquarters at Bad Kreuznach.