From the S&S archives: Byrnes shows surprise at changes in Germany 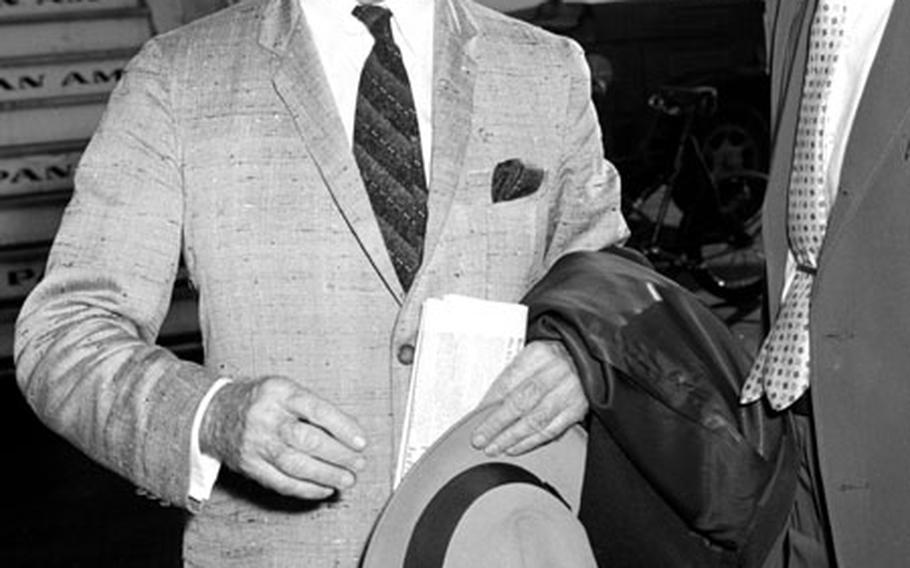 James F. Byrnes talks with a reporter after arriving in Frankfurt in September, 1959. (Ted Rohde / ©S&S)

FRANKFURT &#8212; James F. Byrnes, Secretary of State during the Truman Administration, stopped off here briefly en route to the U.S., expressed amazement at Germany&#39;s recovery and reiterated a statement made in 1946 that American troops would stay here as long as other foreign troops are in Germany.

He said he could "not foresee" the day that U.S. forces would withdraw. "It depends on commitments to our Allies and the decision of our leaders," he added.

This was Byrnes&#39; first trip back to Germany in nearly 16 years. He expressed surprise at the changes in Frankfurt and recalled seeing it just after the war when it was a heap of rubble.

Byrnes attributed the great recovery of Germany to the industriousness of the people and the fine leadership they have had in the postwar years.

"They went to work to rebuild their country," he said, "and they certainly succeeded."

Byrnes, now 80, attended the Potsdam conference with President Truman and while in Berlin on this trip he motored to Potsdam to relive a "lot of memories."

He recalled a dinner given in 1945 in Mr. Truman&#39;s honor by the late Joseph Stalin. He said he and Mr. Truman walked over to the reception since it was only about 10 minutes from their hotel.

A short time later Stalin arrived in an armored car and an escort of armed guards.

"It just showed the difference in the two forms of government," he said.

Byrnes said he found the most notable changes in West Berlin. He said it was quite a contrast with the East sector of the city where Stalinallee is just window dressing.