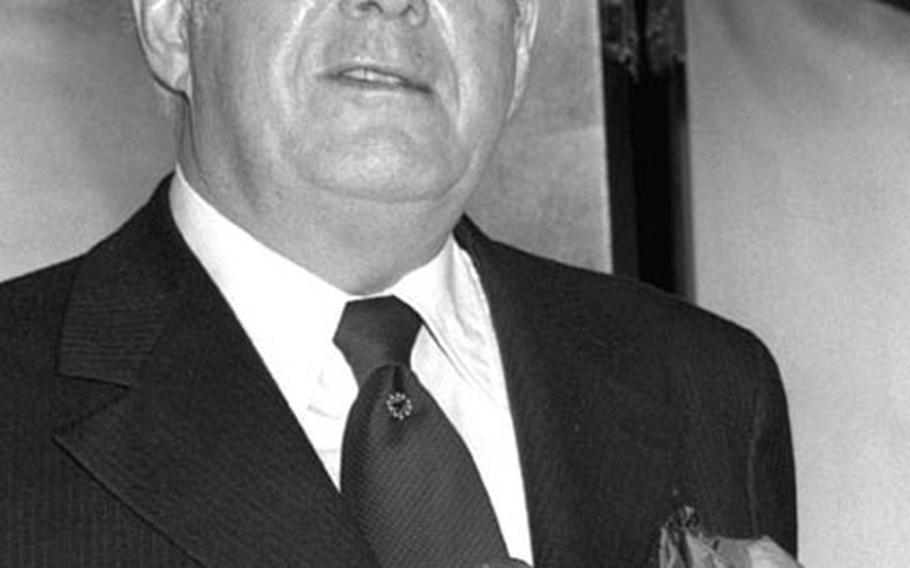 "The Americans are a very litigious people," Burger said. They resort to the courts a great deal more than other people, and the burdens on both state and federal courts has become almost intolerable.

"It has become my observation as a judge on the U.S. Court of Appeals for 13 years and now four and a half years in my present office, that our greatest single need, if we&#39;re to make our system of justice work, is to make it more efficient."

Justice Burger was addressing a joint luncheon as guest speaker for the American-Japan Society and the American Chamber of Commerce in Japan at the Hotel Okura in Tokyo.

In his address at the luncheon Burger drew attention to the changes in the United States, "since we adopted the Constitution. In 1787 there were 3 million people, we now have 70 times more or 212 million people. But the machinery of the courts has not kept pace with that increase in population."

Burger commented that many law professors declare that he is unduly preoccupied with efficiency. He countered with an example of a hospital.

"I don&#39;t think a doctor or a hospital loses anything by having 20th Century business methods in the administration of the establishment. And I don&#39;t think the courts will lose anything by coming out of the 18th and 19th century, where in terms of procedures, we still are."

The chief justice drew an example of an incident that occurred when he first came to the Supreme Court. He had wanted 10 copies made of a report, but was informed that they would have to be hand typed with carbons because there was no copying machine available. When he asked to have a machine ordered he was told that the manufacturer was backlogged with orders.

He then told one of his aides to get the president of the company on the phone and tell him "the Supreme Court of the United States was trying to get into the 20th century and that I&#39;m not in any hurry, but would he please get one of his machines into our court by Friday &#8212; and he did." There are now five machines located at the court&#39;s facilities.

Burger said that this was typical of the obstacles encountered. "Just think of it, in 1969 the Supreme Court of the U.S. still communicating between nine justices with thin tissue-paper carbon copies ... and of course the junior member on the bench always got the last carbon copy." Burger added that he was lucky and never received any of the last blurred carbons.

"We have now in the federal system between 560 and 600 judges serving the entire country, that is compared with about 15,000 state and local judges. But the burdens on the federal system have multiplied enormously and what, in my youth as a lawyer, was a form of highly dignified retirement, is now a 50-, 60- and often 70-hour week for some federal judges. And yet we have been functioning with the same basic procedures and mechanics since time began."

Burger added that we must try to introduce some of the new administrative practices which have proved themselves successful in modern business.

He also noted that his trip to Japan from the U.S. was accomplished without fanfare and on unusually short notice. He said that the entire event was kept "private." He said, "which in Washington, as you know, is almost &#8212; if not entirely &#8212; impossible. The fact of my visit here at the invitation of the chief justice of Japan did not become known in the U.S. until approximately the day of our departure. I fully expect that the other two branches of the United States Government, on my return, will ask me for the formula of how we kept it a secret."