From the S&S archives: Broadway matinee: 'Batter up!' 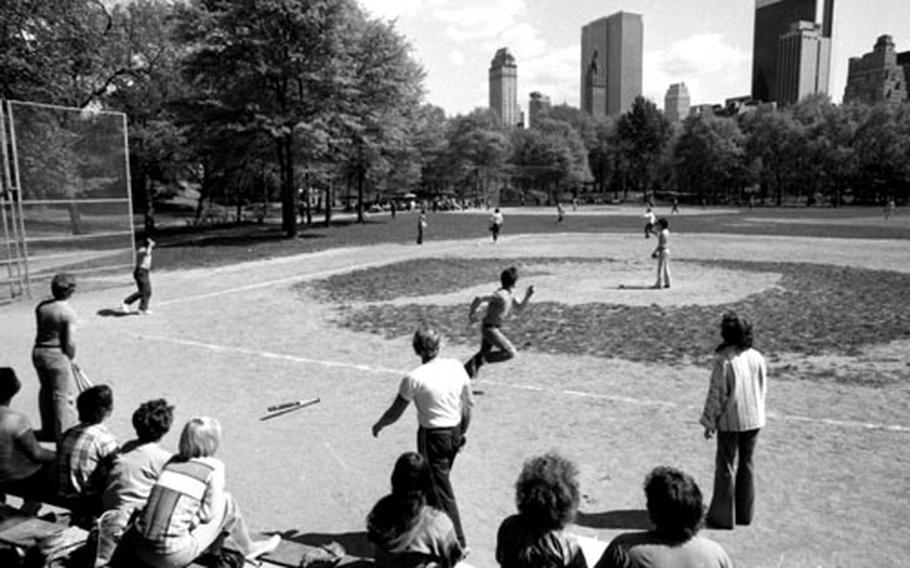 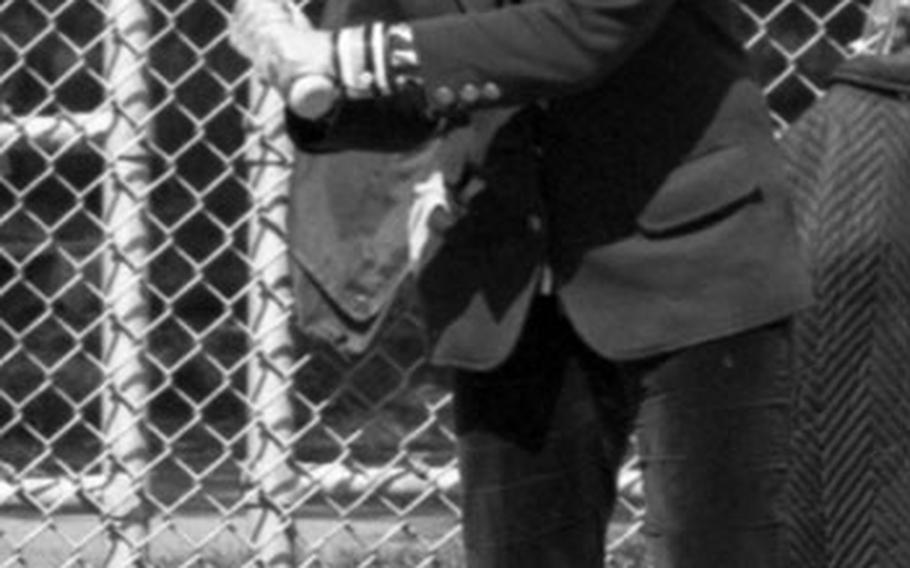 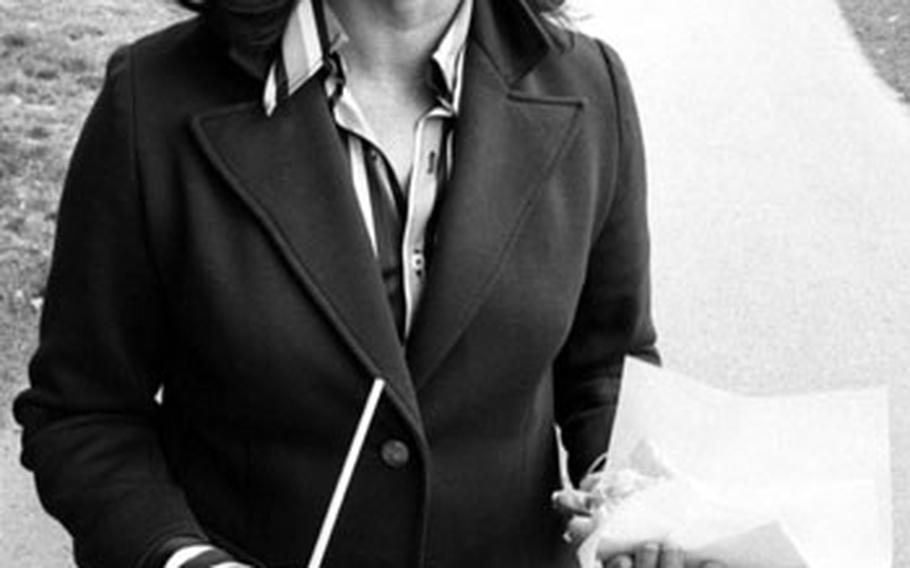 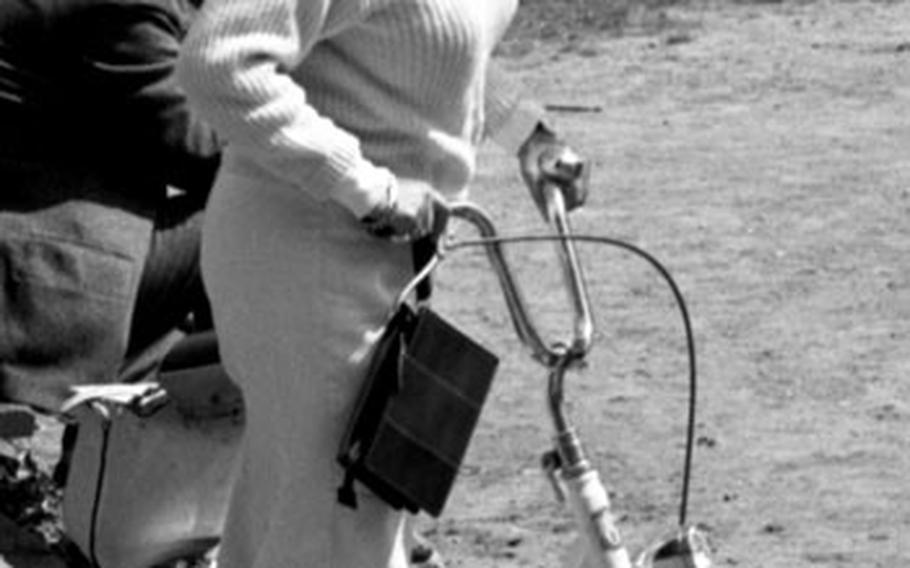 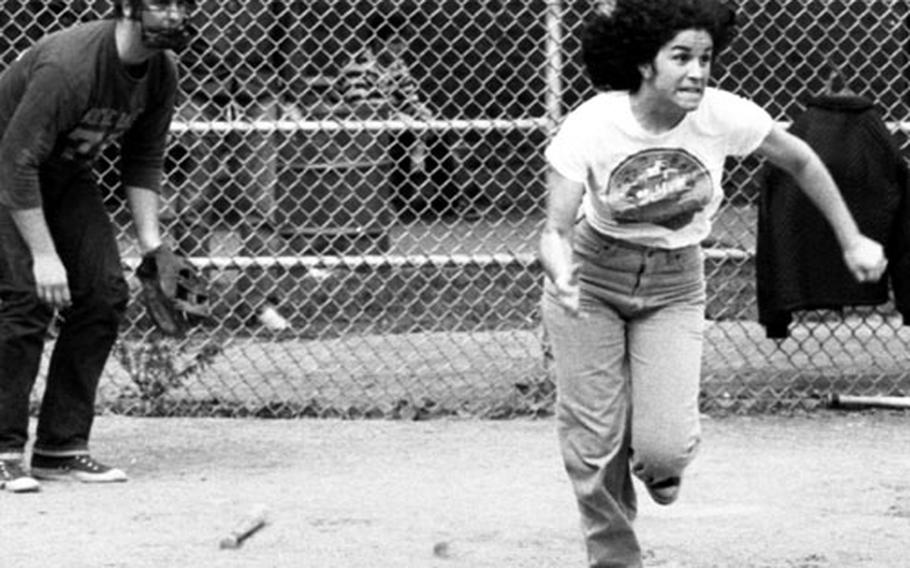 COLLEEN DEWHURST munches on a hot dog, while Ben Gazzara awaits his turn at bat. No, it&#39;s not a script bit.

The costars of the critically-acclaimed revival of "Who&#39;s Afraid of Virginia Woolf?" are doing their off-stage thing in Central Park where the Broadway Show League (BSL) softball teams turn out for fun and games.

It&#39;s fun for the spectators, but for the 20 teams representing on and off-Broadway shows their Tony Award is the BSL championship. It&#39;s a Thursday matinee from mid-April to mid-July &#8212; a regular weekly schedule on the five diamonds in the mid-Manhattan park.

With five seven-inning games going on simultaneously at noon and 2 p.m., it&#39;s a fielder&#39;s choice for the fans to watch show-business personalities on and off the field.

Since the actors take the game mighty seriously, producers crouch in their offices awaiting the casualty list &#8212; recalling the time Gazzara, then starring in the television show, "Run For Your Life," injured a leg sliding into second base to break up a double play &#8212; and blew his first big movie.

Currently on Broadway, Gazzara still plays "every chance I get," simply because he "likes the game and the recreation." And Dewhurst, who comes out to the ballpark almost every week, says she&#39;s "just a fan," and when the "Virginia Woolf" team is way ahead in the score gets into the game as a "designated hitter."

Scott, a good ballplayer, limped through most of the run of "Andersonville Trial" with a charley horse he picked up pitching in the park.

Now in its 22nd year, the BSL finds the show stars and featured players more in the stands &#8212; watching the stagehands, technicians, prop men, box office employes and other behind-the-scenes showfolk on the playing field. It seems the actors are increasingly afraid to compete, lest they suffer a serious injury, which would keep them off the stage and out of work.

The BSL was organized in 1955 by the late John Effrat, publicist for the Actors Fund, as a worthwhile outdoor recreation to "get &#39;em out in the open." After Effrat died in 1965, the league was kept going by Frances Lewin, a first-nighter theater buff, who had been his assistant. Nowadays, Fran&#39;s husband, Dick, lends a hand.

For 5-foot-2 Fran, a young grandmother, who can be seen pedaling her bicycle from diamond to diamond in her role as BSL commissioner, it&#39;s strictly a labor of love. "You know what actors&#39; egos are like," she said. There&#39;s no salary and the job is often frustrating.

For instance, take the girls&#39; teams &#8212; and the male fans did, so much so that the cops were assigned to make sure the lads didn&#39;t let their enthusiasm get out of hand and perhaps deliver a few laudatory pats. There had always been at least two fem teams in the league, including the popular Playboy bunnies &#8212; until several years ago.

"There was an inability of the girls to function as a team," Fran explained. "They would scratch, kick and bite each other if everything didn&#39;t turn out just right. They couldn&#39;t react to the pressure of the game."

Or, as a New York newspaper columnist chronicled at the time:

"The quality of mercy is unknown among the gentle females who compete to the death in the Broadway Show League softball games.

"The other day, when the season opened, one female team got off to a slight lead by scoring 28 runs in the first inning. That lead would have brought compassion to Leo Durocher&#39;s heart. But Leo is no actress. The team that had just scored 28 runs raised a terrible ruckus over the third-out decision that mercifully ended the carnage."

On the other side of the ledger was the "Hello Dolly" squad, which had an unblemished record, no wins and eight losses &#8212; but in an early-season opener they were actually winning, with one of their girls firing a shutout for three innings. But in the fourth, a new pitcher (male) appeared and he was promptly bombed.

When asked about this strange bit of strategy, the manager declared: "Well, she had pitched her three innings and it was somebody else&#39;s turn."

There may not be any more all-girls&#39; teams in the league, but there are still some combined guys-and-dolls teams &#8212; a gal here and there behind the plate &#8212; home plate, that is. Sandi Snyder plays catcher for the Broadway hit show, "Yentl," starring Tovah Feldshuh in the title role. Sandi is her dresser. Marjorie Gross is catcher for the "Komic Kazies," comprised of performers and comedians representing the Improvisation club.

One of the more enthusiastic team rooters is Lisa Adler, stage manager of "My Fair Lady" and daughter of the hit-show revival&#39;s director, Jerry Adler. Lisa hopes MFL can repeat the show&#39;s success on the diamond &#8212; the original MFL team holding the distinction of having won the BSL pennant four times in 1958-59-60 and 1962.

The league has had its share of crises. One of them rose the year that Tony LoBianco was all set to pitch a crucial doubleheader for his "Circle in the Square" team when he got an offer of a leading TV part in Hollywood.

The pitcher in LoBianco overcame the actor until his teammates forced him to go to the West Coast. He went, did his role, and arrived back in New York at six in the morning. At noon, he was on the mound &#8212; and went on to win both games for the championship.

And the BSL&#39;s history has been marred of late by charges that the game has come to be dominated by "ringers" &#8212; a word that in league parlance means both non-theater people and really good ballplayers.

Although hewing to a relatively strict anti-ringer line, Fran finds it increasingly difficult to control the ringers or "park rats," as she calls them, who get their names on team rosters under the guise of having some connection with show business &#8212; such as working for an answering service primarily for actors.

A few seasons back, according to the BSL archives, Jerry Ohrbach, then starring in "Promises, Promises," was a regular player who was irked by the number of players in the league who did not belong.

Determined to prove how wrong the system is, he found an athletic guy willing to play left field &#8212; Joe Namath, by name. The New York Jets star quarterback got in a fine game in the outfield for "Promises, Promises." After all, the dapper and dashing Namath has been tabbed "Broadway Joe."