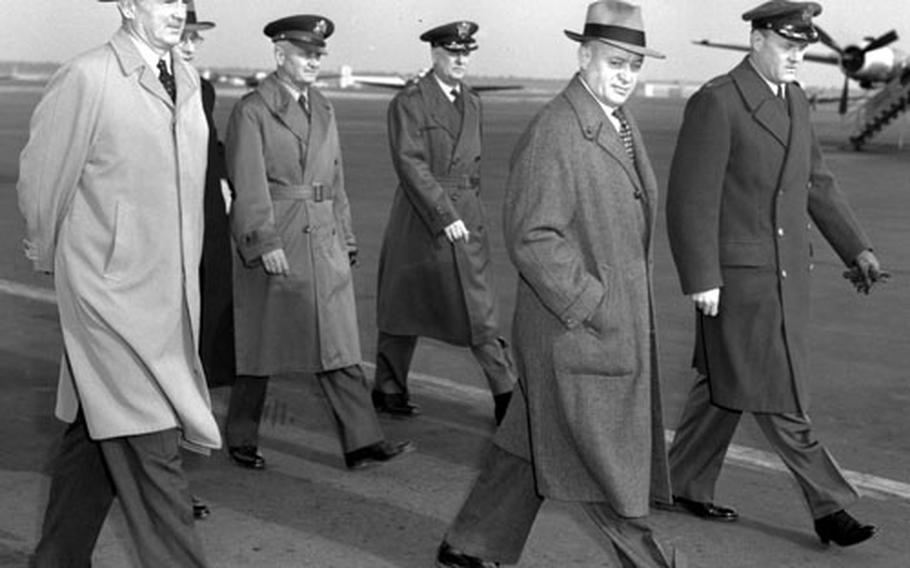 Bridges is chairman of the Senate Appropriations Committee and both are members of the Armed Services Committee. They arrived from Paris and returned there this afternoon.

The two Senators were accorded military honors on their arrival by personnel of the Rhine-Main Air Bata complement. Taking part was the 686th AF Band under WO Franklin J. Lockwood.

"We hope to study the plans, programs and investments for our defenses in Europe," Bridges said. "We&#39;re going to take a good look at this prior to approving the Armed Forces budget."

He said they expected to confer "with our generals here to formulate judgments on Armed Forces appropriations for next year."

Asked if any reduction in Armed Forces strength was planned for Europe, both refused comment.

Symington said neither planned to see any West German officials, "but we are willing to talk to them."