From the S&S archives: Brandt tells GIs, 'Glad you're here' 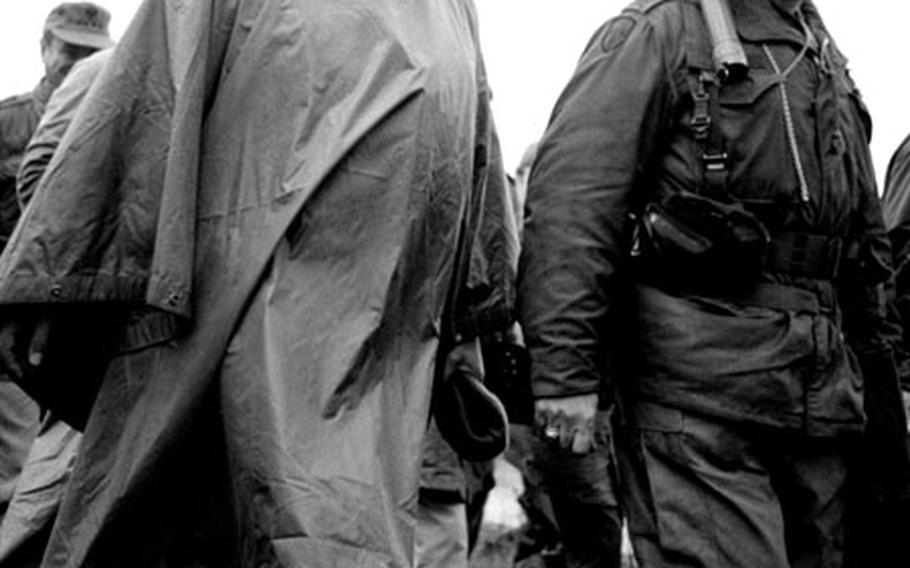 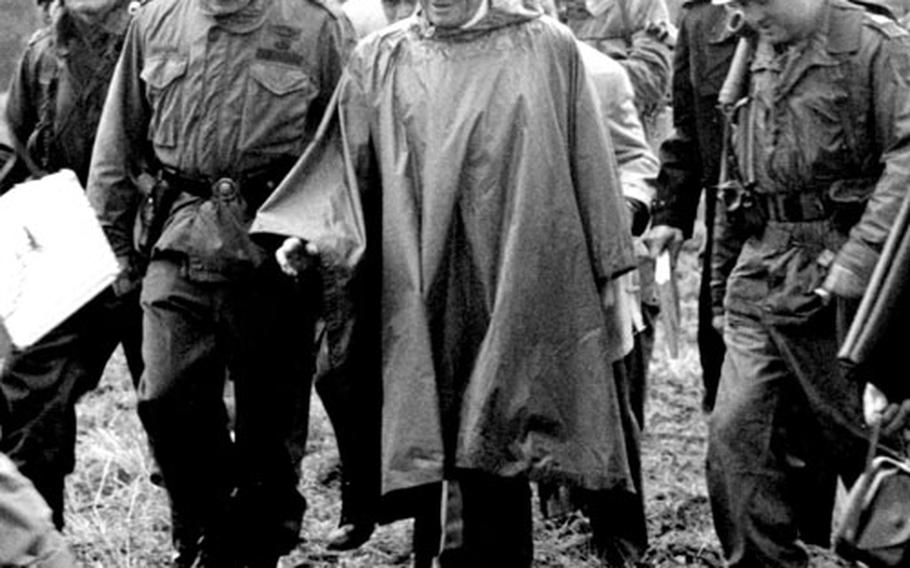 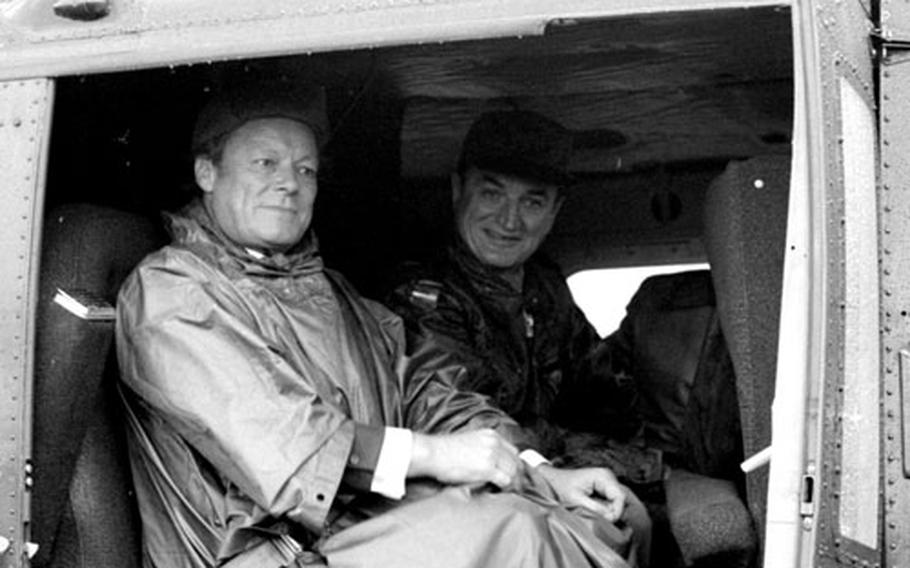 GUNZENHAUSEN, Germany &#8212; "We like to have you with us and we are glad you are here," Germany&#39;s Chancellor Willy Brandt told a stunned U.S. GI here Monday.

"I was at a loss for words when Brandt came up to talk to me," said Pfc. John Francoeur, Wichita, Kan., shortly after the head of the German government had asked the 20-year-old soldier if he enjoyed being in Germany.

Francoeur told the chancellor, "The people have been very friendly and even brought us hot chocolate."

Brandt visited the unit after receiving a briefing on the field exercise Certain Charge from Lt. Gen. George S. Blanchard, VII Corps CG, at the press center at Ansbach.

Brandt, accompanied from Bonn by Defense Minister Georg Leber and escorted by USAREUR Commander-in-Chief Michael S. Davison, flew by helicopter from Ansbach to the field near this town.

During his brief visit with the U.S. troops here, Brandt was guided through the multitude of armored personnel carriers by Bn CO Lt. Col. Charles W. Scott and B Co CO Capt. Charles Helburg. Brandt apologized for not being able to talk to more soldiers because of the numerous queries from the press.

Brandt, wearing a U.S. Army poncho and field cap, told the soldiers that he believes the continued presence of U.S. forces in Germany is very important and that it is important for the NATO alliance to show strength and determination.

Stressing the need for a strong American military presence in Europe, Brandt said, "The only place troop reduction talks are taking place, and will take place, is in Washington, not Bonn."

Brandt posed for a photo with Pvt. Ronald W. Kaneer, 18, of Butterfield, Minn., and asked him how he was doing.

With the conclusion of the field exercise Tuesday, most of the Kansas-based 1st Inf Div soldiers will move to Grafenwoehr.