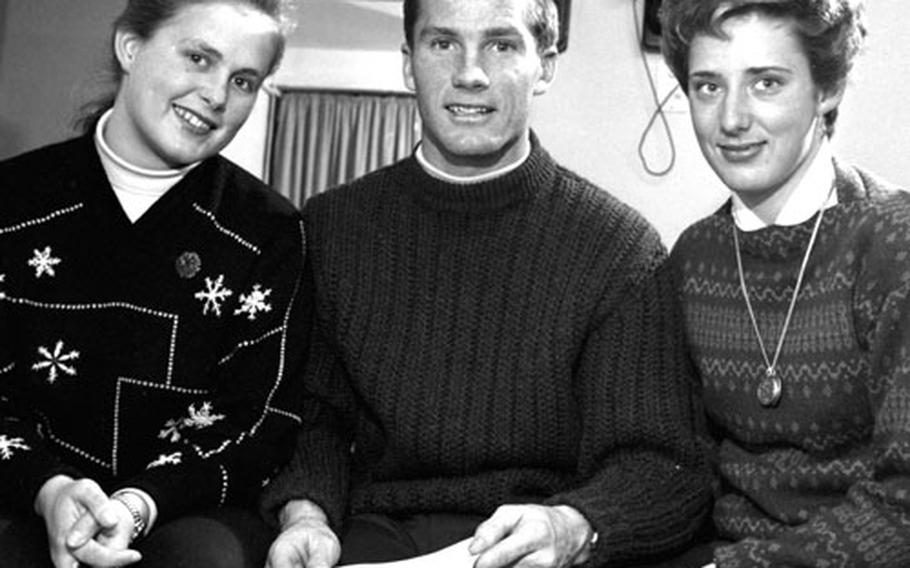 Top American skiers (left to right) Penny Pitou, Buddy Werner and Betsy Snite pose for a photo during the 1959 Arlberg-Kandahar races at Garmisch, Germany. Pitou went on to win two silver medals at the 1960 Olympics, while Snite added another. (Red Grandy / ©Stars and Stripes)

Top American skiers (left to right) Penny Pitou, Buddy Werner and Betsy Snite pose for a photo during the 1959 Arlberg-Kandahar races at Garmisch, Germany. Pitou went on to win two silver medals at the 1960 Olympics, while Snite added another. (Red Grandy / ©Stars and Stripes) 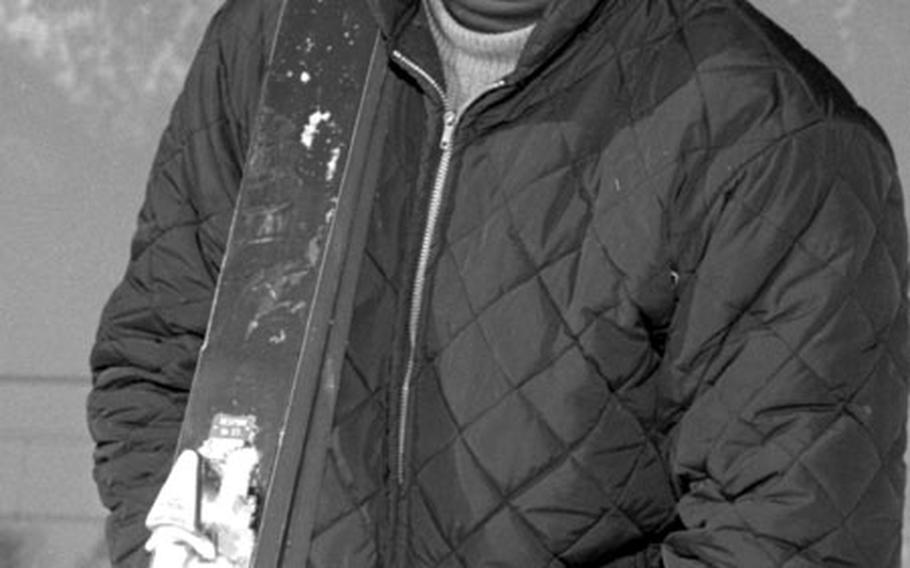 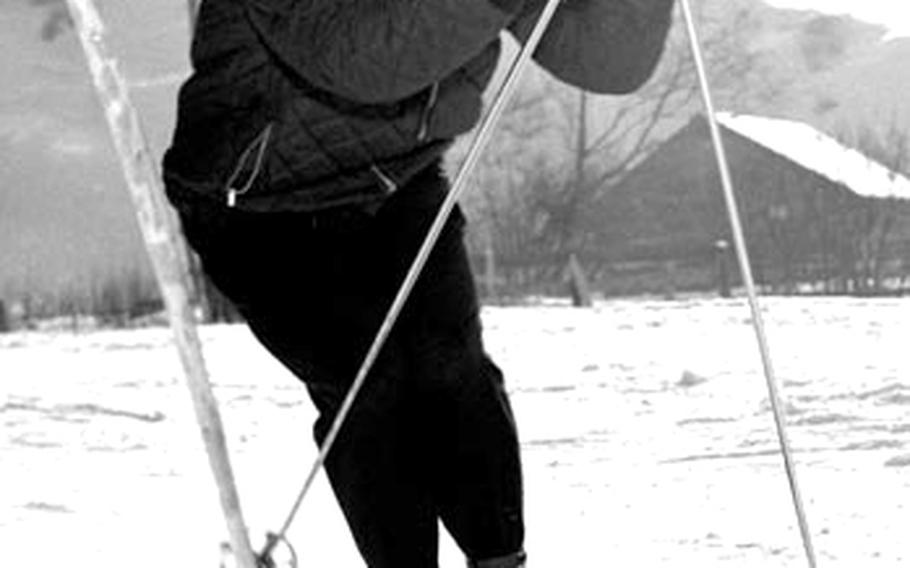 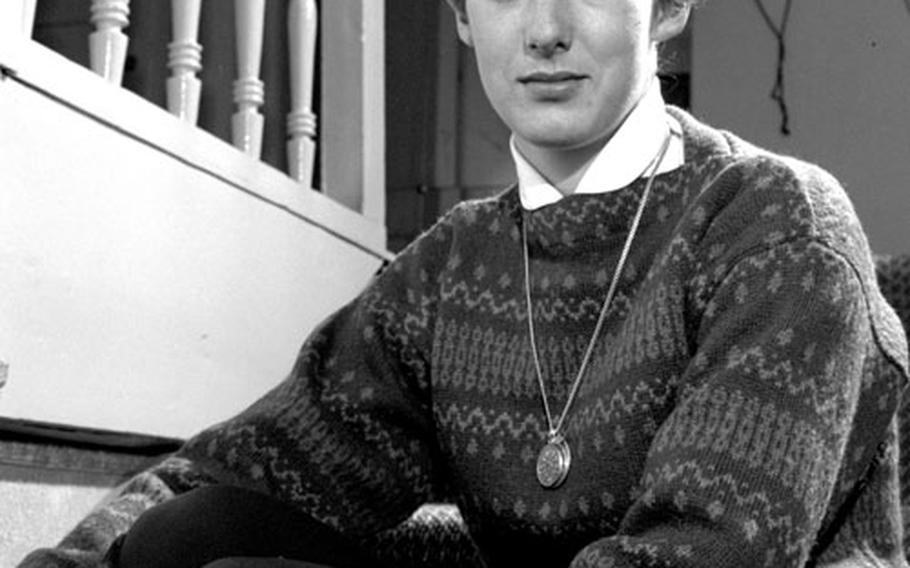 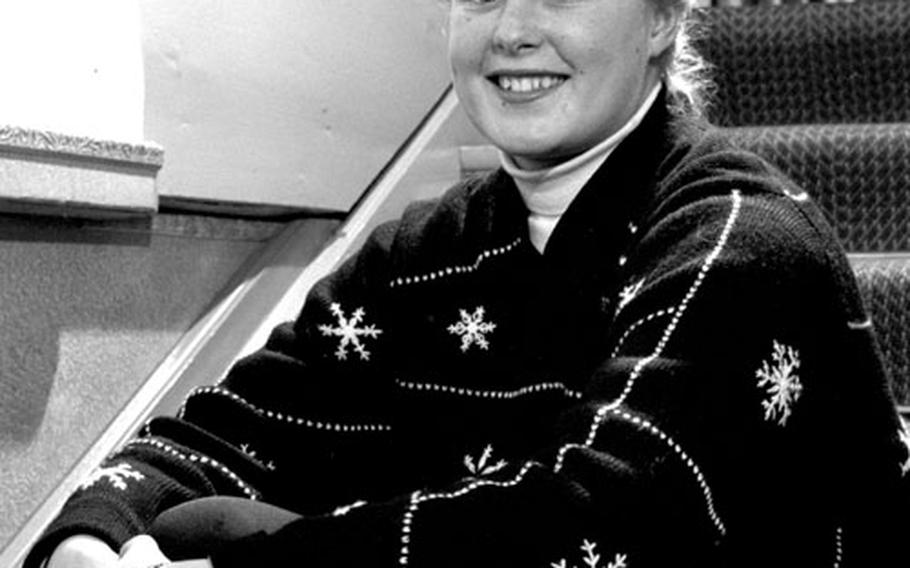 GARMISCH, Germany &#8212; Pretty Betsy Snite greeted the news of her victory in the Arlberg-Kandahar slalom race here Saturday with an emphatic "Terrific."

The 19-year-old Norwich, Vt., skier who bested a field of 33 top entries from nine nations unstrapped her skis and said, "Isn&#39;t it great? I really wanted to win this one."

Starting first in both of the runs down the 300-meter Olympic course, Miss Snite clocked 36.9-42.3 &#8212; 79.2 to edge out Canada&#39;s Anne Heggtveit by one-tenth of a second. Miss Heggtveit, with a third-place finish in the downhill Friday, clinched the women&#39;s combined alpine championship ahead of Miss Snite.

"After last year I really wanted that combined, but I had a lot of luck today," said Betsy, who had the Kandahar title sewed up last year at St. Anton, Austria, only to be disqualified after falling in the slalom.

The triumph capped a year of training in Europe for the brown-haired Vermonter who established herself as one of America&#39;s top prospects for the 1960 Olympics at Squaw Valley, Calif.

Miss Snite, who worked as a model in Munich to finance her stay in Europe, will return to the U.S. March 3 to enter New England races as part of the trials for the Olympic team.

"I still have to make the Olympic team," she commented. "That&#39;s the important thing."

The two other American entries in Saturday&#39;s races, Penny Pitou and Buddy Werner, took their disappointment in stride. Both fell, Penny tumbling in the women&#39;s slalom, to finish far back, and Werner taking a spectacular fall in the men&#39;s downhill in the morning.

Miss Pitou, Laconia, N.H., shrugged off her two falls in the slalom. "I wanted the best time and tried too hard to get it. I don&#39;t like this go down slow stuff," she laughed.

Werner, the Steamboat Springs, Colo., daredevil, who is one of Uncle Sam&#39;s top Olympic hopes, fell 150 meters from the finish of the downhill, broke a ski, but escaped unhurt.

The quiet 22-year-old flipped over in the air during the fall and landed on his back.

Werner&#39;s fall was one of many in the downhill, marred by the death of Canada&#39;s John Semmelink, who suffered a fractured skull in the race and died later in a Munich hospital.

Werner said his next race will be at Squaw Valley in about two weeks.