From the S&S archives:Berlin: Life under the cold siege 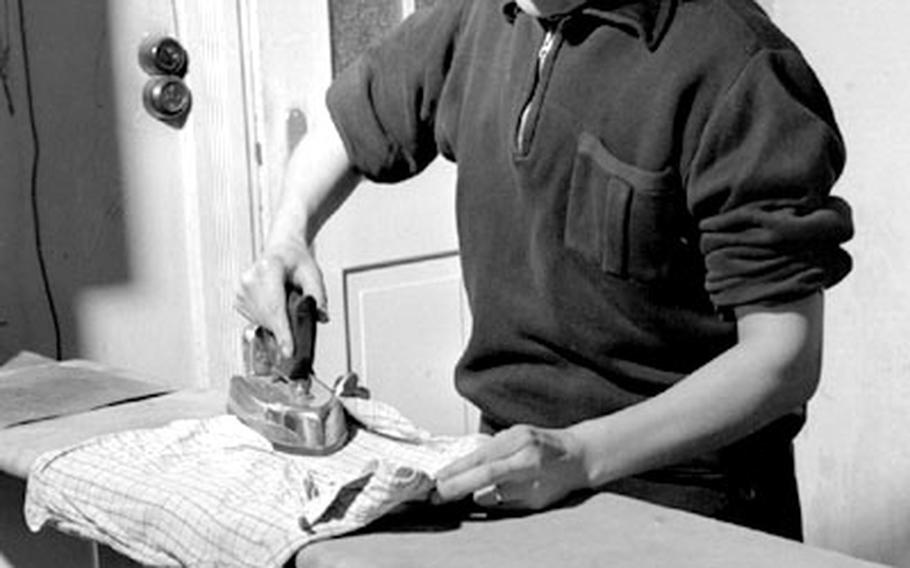 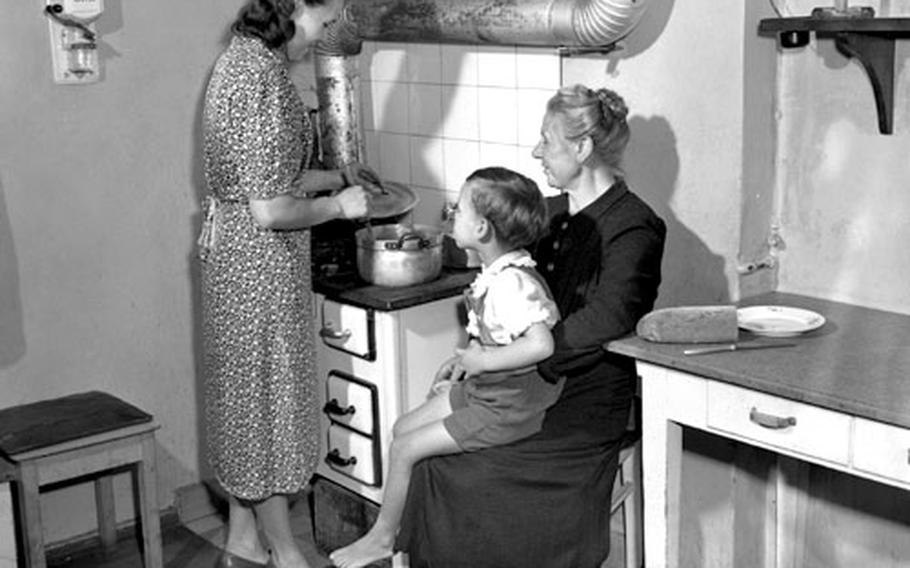 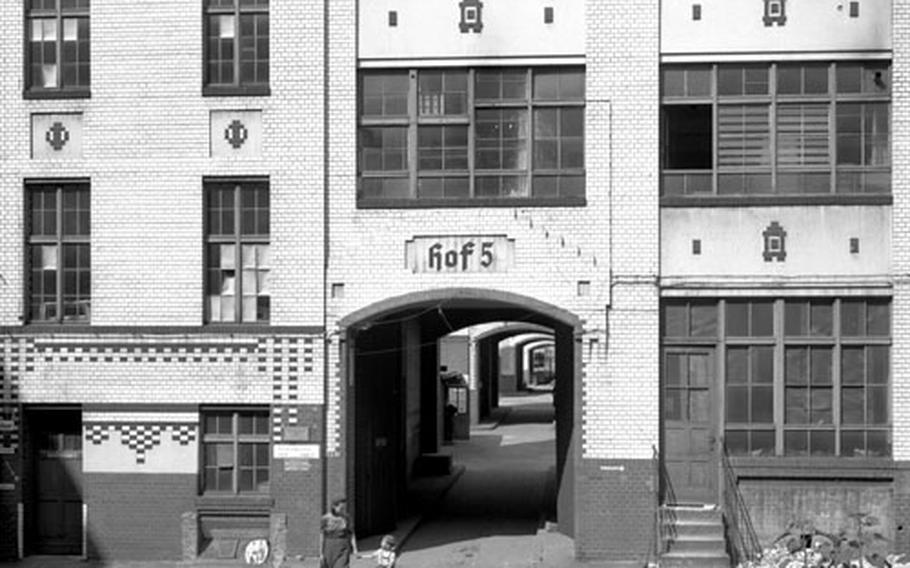 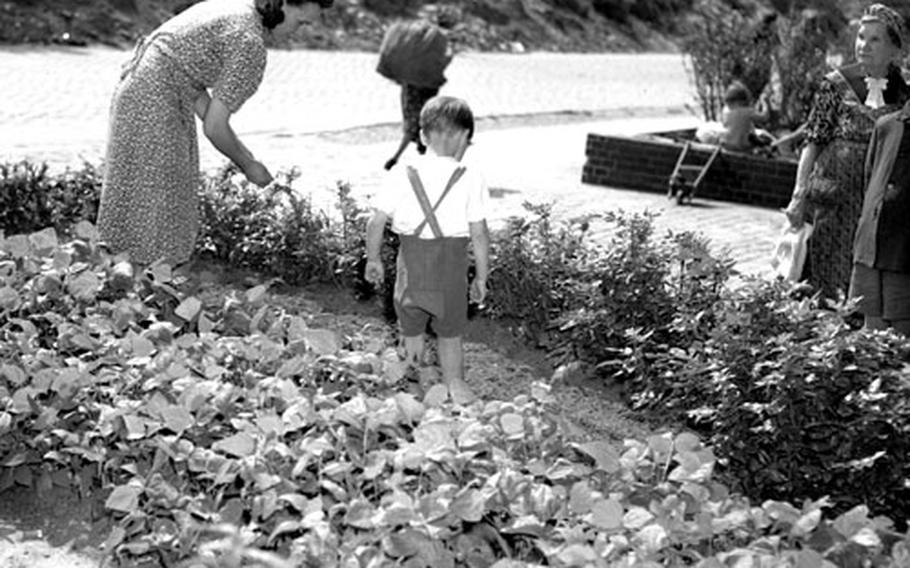 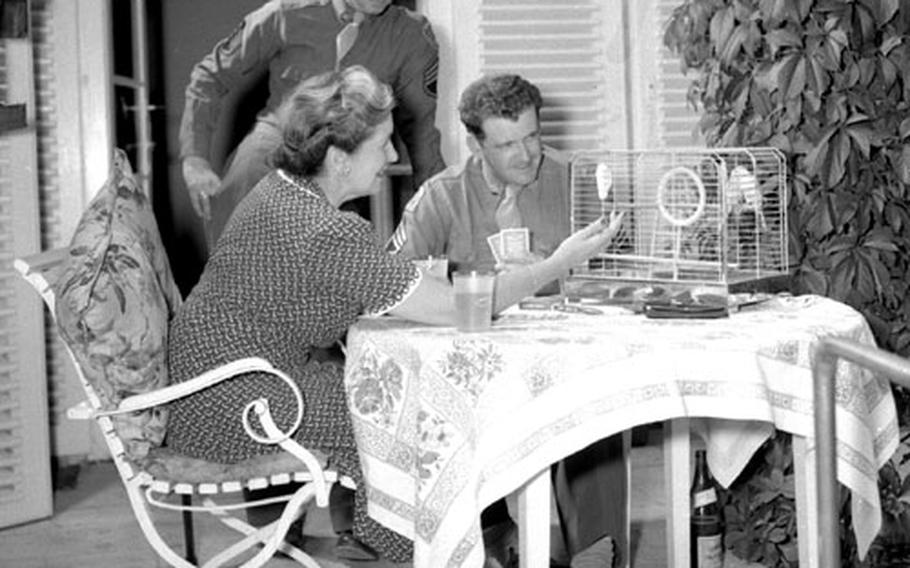 Scenes from life at home in Berlin during the Soviet blockade of 1948. (Henry Compton / ©S&S)

It was raining hard and the night was dark when the old battered alarm clock went off. Ilse rubbed her eyes and looked at the clock, wondering why she was getting up at this hour &#8212; 20 minutes after midnight. Then she remembered. She was going to the hairdresser.

A simple thing like getting a permanent has become quite complex in Berlin under the cold siege. Power is on only four hours a day &#8212; two hours in the daytime and two hours at night. The daytime power is useless for those who work, so Berliners do the things that require electricity very late at night or very early in the morning.

The hairdresser takes only Deutsche marks, and even the most elegant women are economizing on chic. The bill of a dressmaker is 10 Deutsche marks. "But I get my salary only in Eastern money!" And, coldly, the reply: "Then it will be 20 marks."

The hairdresser is an hour&#39;s walk from Ilse&#39;s home. Riding is out of the question. The subway closes at 6 pm &#8212; power cuts again. The solution is simple. You arrange to spend the night with a friend who lives near the hairdresser.

Ilse sets out with her own towels, a candle and some coal. Every client has to bring one candle plus coal to help keep the place warm these cool rainy nights.

All over the Western sectors the same thing is going on. Doctors have office hours at night. If X-ray is needed, patients are ordered to appear at one or two or three in the morning.

The streets are completely dark. Holdups increase. For candles to light one&#39;s home or shop, one must go to the black marketer. There is long talk through a chained door, opened a crack. Then it opens enough for one to slip in. A huge police dog with green eyes licks his chops. Behind the door stands a man holding a length of rubber hose. Beside him is an ax. The woman holds a device which shoots a thin stream of blinding acid 15 feet. Welcome, customer.

People are going to the movies at strange hours, too. Most movies have no generators and performances open whenever the power goes on. In Berlin now fans can see a movie from 9 to 11 in the morning or from 12 to 2 at night. Those who attend the post-midnight performance are real fans. They have to walk to the show.

The blockade has hit hospitals hard. Ether is scarce and is used only for urgent and serious cases. Alcohol is no longer used as a disinfectant. Gauze bandages have to be sterilized and used again. Spare parts for X-ray machines are rare.

In the streets, crowds gather around the RIAS car, equipped with loudspeakers that broadcast the news. Nearby a streetcar starts up slowly, passengers clinging to every hand and foothold like flies. A man runs to catch it. "Why do you run?" someone inside calls out. "You&#39;ll just burn up your calories."

All in all, Germans have returned to the methods grandfather used to carry on without power.

"We are used to hardships now," the dentist says as he works his drilling machine with a foot pedal.

The barber, too, has laid aside his electric clippers. A comb and scissors are his sole equipment now.

At home in the evening, Berliners use candles &#8212; if they have them. But it doesn&#39;t get dark too early in the summer. In winter it will be a different story.

In the modern apartment buildings, once the pride of Berlin, everything operates on electricity. Once the electricity stops, all life stops. "Berlin will be held," someone says, as the night candle is lit. "This is a question of energy and nerves." Around the candle, conversation lags. "They cannot hold Berlin," someone sighs, as the candle gutters leaving the room in darkness. Nerves fray under the tension of darkness. In the corner, a woman begins softly to sob.

Worse off are housewives who have only electric cook stoves. They must get up in the middle of the night to prepare a hot meal.

People with gas aren&#39;t much better off. Like electricity, gas has been severely rationed to save precious coal. People who use more than their allotment are subject to fines up to one hundred times the value of the gas or electricity used to excess.

"Ah," someone cries as an orange, oblong square appears across the courtyard. "Lights." In a moment, everyone rushes to a switch. The lights go on. The radio blares out the RIAS news broadcast. The cooking range begins to warm. The iron is plugged in. Overhead the planes buzz. Will the siren sound, now? It is a memory in the back of everyone&#39;s mind. But one must hurry about one&#39;s work. Time is short and light is fleeting. In two hours the day ends and the night returns.

Despite the blockade, food is not scarce. The ration is being met, but dehydrated potatoes are being substituted for fresh ones.

Nor is there any unemployment. Many large firms closed down by power cuts &#8212; only essential operations such as food processing plants get power &#8212; have vacationed their workers.

On the balconies, the children are shouting as the planes buzz overhead. They have a new game. Berliners call the big planes rosinenbrummer (raisin flies) because the first plane in brought raisins. "Listen to the motor," a child cries, "It brings raisins." "Oh. no," cries another. "It whirls too fast. Those must be noodles."

The Western military governments in cooperation with the city government have worked out a scheme to employ all able-bodied people. If worse comes they will be used in "make work" projects &#8212; sort of a WPA.

The blockade, coming at the same time as currency reform, makes life complicated. The currency problem, however, seems to be straightening out as far as the average wage earner is concerned.

Chicken Liese, a familiar figure in the Mommsenstrasse black market, is the center of a small throng. She sells eggs, one egg for two and a half Deutsche marks. There is a hostile murmur from the crowd. She is at her best in this kind of repartee. "My chickens make more than my husband," she says. On the fringes of the crowd, someone calls her a rat. She is unperturbed. "You forget," she replies, serenely, "that in a starved fortification, even the rats must be paid in gold."

Nearby, a blockade runner has raised his price for berries by one Deutsche mark over yesterday&#39;s price. He explains. His wife who smuggles fruit and vegetables into the city was raped while running the blockade. One must even the score.

The West mark &#8212; by Allied decision &#8212; has become a supplementary currency. A sort of "bonus money" as Allied officials explain it, to buy scarce goods.

In all sectors of the city, East marks are used to pay taxes, rent or buy rationed foods.

The Eastern marks, put out by the Russians, are a nuisance. The Russians hadn&#39;t enough paste and the little stamps with the bird on them keep coming off. An alert former Hitler Jugend walks from: shop to shop offering small bottles of mucilage and brushes. He does a booming business at exorbitant prices &#8212; in Deutschemarks. .

Things like tickets for the city&#39;s surface railroad, by Russian order, must paid in East marks.

But if a Berliner wants to go to the movies in the West, the West mark is demanded. The same is true for all kinds of household articles, luxuries and even Western newspapers. The black market too, prefers West marks.

A taxi driver talks about faith. "Sure we lost our faith at first. We thought the West would pull out. Now we have it back again. Ah, there. You hear? There is another rosinenbrummer. And there another. Our faith, mister, doesn&#39;t come from our hearts or our brains any more. It comes through our ears."