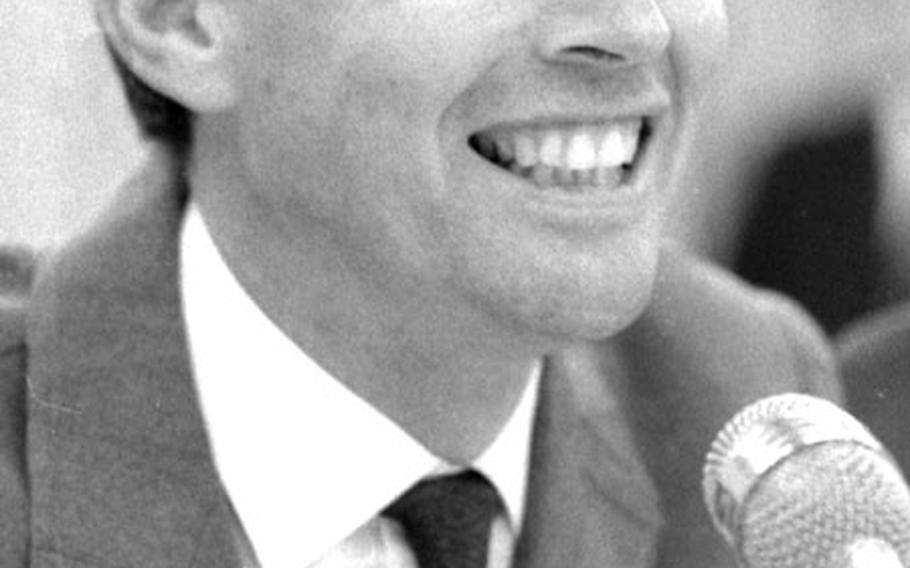 FRANKFURT &#8212; Heart-transplant surgeon Dr. Christiaan Barnard, who readily admits he became a doctor "to make money," Thursday repeated his statement that he is contented in South Africa and has "no intention" of leaving.

"Although I have received offers from many countries," the doctor from Cape Town commented, "I have no intention of leaving South Africa."

"I have been treated well, and now, since more facilities and funds have been promised, I will remain," he told newsmen at a press conference in the Hoechst Jahrhunderthalle.

Barnard, who made a fund appeal to the South African parliament Wednesday, pointed out that "plans have already been developed to improve our clinic and research facilities for organ transplants."

He noted, "Heart transplants are much cheaper than a war, and the purpose is to save, not destroy, lives.

"And I think such operations should be borne by the same people who have to bear the cost of a war &#8212; the public, the taxpayers.

"From the financial point of view, anybody can have heart surgery in South Africa. It is paid for by the government. Our hospital is government-supported and the government covers the cost of such an expensive operation."

He also said that an attempt was being made in South Africa to give a tax break to private industry if it supports scientific research.

Barnard emphasized that his team "is ready for another transplant as soon as a suitable patient comes along.

"We have no specific patient in mind," he said. "Several suitable patients died" before a transplant could be arranged.

As to the morality of such surgery, Barnard earlier in the day told his audience at a teenage science fair that it was really "no new problem," since it has long been accepted in scientific research to remove organs after death had been certified.

The only difference, he said, was that in his work the heart was removed for transplanting instead of being donated to a medical school for study.

The cigarette-smoking heart surgeon, a youthful 44, urged the science students to use their knowledge to aid humanity.

Later, he confessed that, in his own case, he had not felt any particularly great dedication toward science or medicine before he became a doctor.

"The reason I became a doctor was to make money, which, unfortunately, I&#39;ve never been able to achieve," he said.