From the S&S archives: Amityville: Family's 28 days of horror in 'dream house' 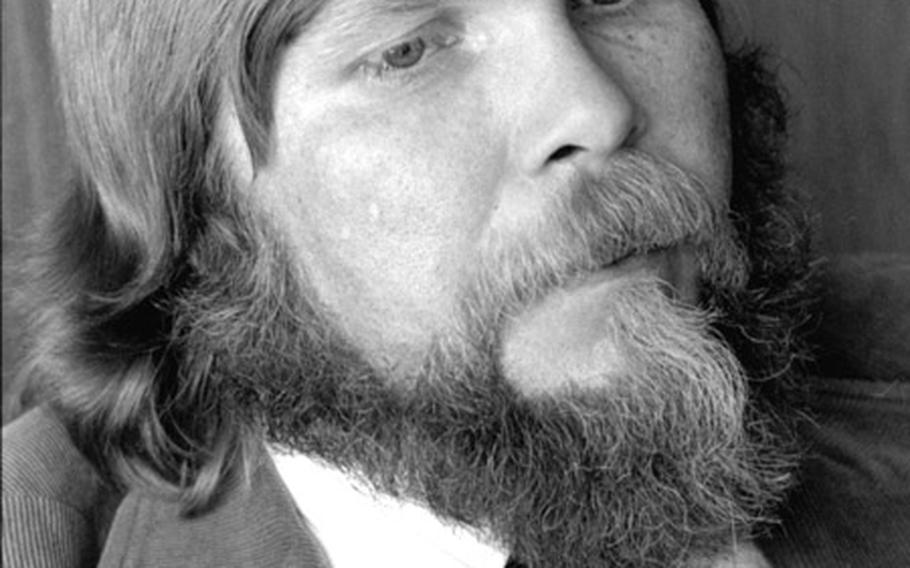 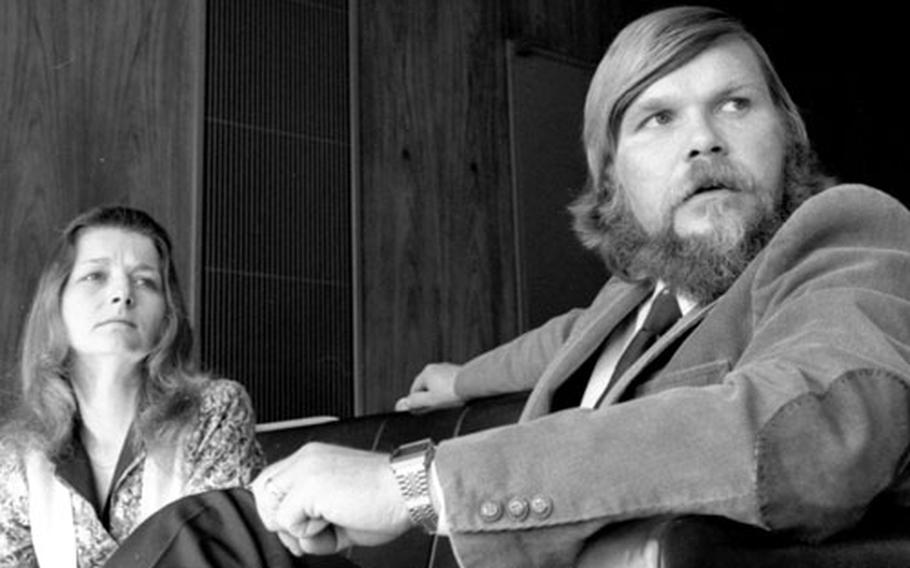 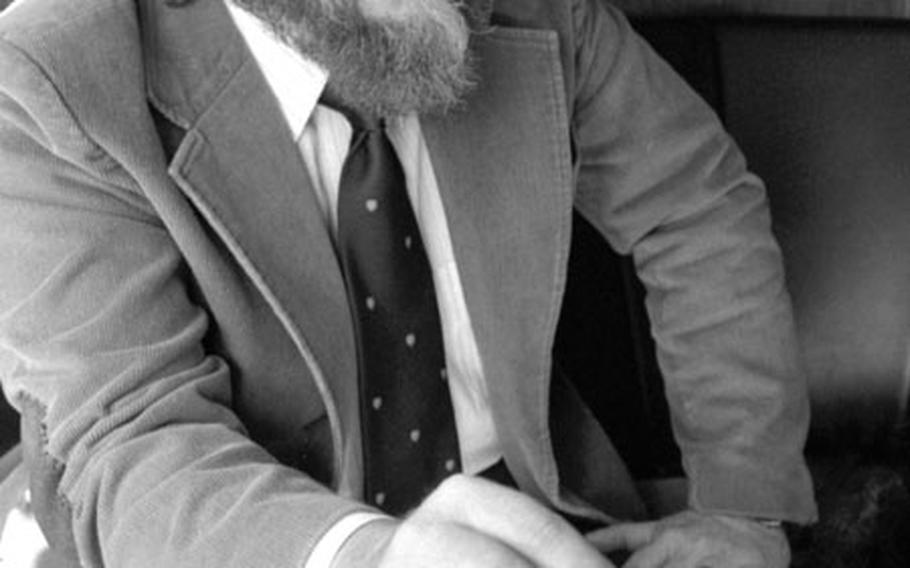 During a 1980 visit to Tokyo, George and Kathleen Lutz talk about their experiences in the "Amityville Horror" house. (Chet King / ©Stars and Stripes)

TOKYO &#8212; After 28 days of terror George Lutz and his family were forced to flee the home of their dreams, convinced it housed evil spirits.

"I never believed in the supernatural, or anything other than God. But I had also never experienced the ultimate terror that we lived with in that house," said Lutz.

He was in Japan with his wife, Kathleen, recently to promote the Tokyo premier of a movie based on their experiences in the large colonial house at 112 Ocean Ave., Amityville, N.Y., the scene of a mass murder.

"At first," said Mrs. Lutz, "Police were testing for drugs. They thought he might have drugged his sleeping family before killing them. He fired eight shots to kill six people and not one of them woke up during it.

"We were told about the murder just before we purchased the house," said Mrs. Lutz, "but we didn&#39;t think much about it."

"It had everything we wanted," said Lutz, "a swimming pool, lots of room, a full basement, and it was close to the water with a boat house for my cabin cruiser.

"But things started happening from the day we moved into the place," he said.

"It began with the heating system. Although it had been checked out and certified, we could never get it to produce heat. It seemed to always stay around 50 degrees. Kathy would be in the kitchen and feel somebody touch her. Light at first, then as time went on it would become harder and she would pass out.

"There was the smell of cheap perfume. Doors would open and close. Whatever you did in a room would be undone when you came back to it. If you made the bed, it would be pulled apart when you came back, and objects would move around.

Lutz said they called a Catholic priest to bless their new home. "As he began the ceremony he felt something slap his face and heard a masculine voice say &#39;Get out!&#39; "

After the priest left he was driving down the highway and felt his car being pulled toward the right. He stopped and checked it. Finding nothing wrong he continued on his way. Without warning the hood flew off his car.

He called another priest who drove him to the rectory.

"So many things were happening at the same time, it began to be hard to keep up with them," said Lutz. "We finally ended up buying a tape recorder and recording all our experiences.

"There would be voices, music, a strange green Jell-O-like substance that oozed out of the walls and floor. Our daughter Missy began to play with an invisible pig named Jody. We began to wake up at 3:15 in the morning and Kathy would have these pains in her back and head.

"The first officer at the murder scene had also complained about the smell of cheap perfume.

"One night I woke up and looked at Kathy, who was still asleep," said Lutz. "Before my eyes she began to change into an old lady with gray hair and all. Then she began to raise up into the air. She was just floating there for a while. Then she woke up and caught a glimpse of herself in the mirror and began to scream."

Repeated levitations became commonplace in the house along with manifestations of a little boy asking for help, a hooded figure, the entity named Jody, the cheap perfume smell and a mass of flies in the sewing room.

"It was the accumulation of events all happening at once that made us leave," Lutz continued. "Beds were actually banging up and down on the floor, furniture was sliding around and drawers were flying back and forth. Doors throughout the house were opening and slamming closed."

The Lutz family lasted 28 days in the house at 112 Ocean Ave.

At 7 a.m. on Jan. 14, 1976, the Lutzes ran to their van, leaving behind all their clothes, furniture and possessions.

Even after fleeing to Kathy&#39;s mother&#39;s home, the couple would wake to find themselves levitating.

"People ask me why I stayed in the house as long as I did," Lutz said. "But the house had a strange comfort to it. Once you were inside, you did not want to leave. It was, after all, our home. Yet it affected everyone who entered it."

The Shinnecock Indians were said to have used the land the house was built on to pen their mad, sick and dying until they died of exposure. Later, a male witch forced from Salem, Mass., reportedly set up shop there.

The house, built in 1928, was home for several families. All of them suffered financial or family difficulties, Mr. Lutz said.

The Lutzes told their story in a book titled "The Amityville Horror." The book, written by Jay Anson, sold a quarter of a million copies, but the Lutzes said they still have not regained what they lost when they abandoned the house.

Anson recently died of a heart attack. While working on the book with him, one of his secretaries died, another was injured in a car accident and the third&#39;s home caught fire, Lutz said.

"The book," said Lutz, "tells it pretty much the way it happened, although we asked that some things be kept out. There are some things that happened which we won&#39;t tell anyone about."

The book is now a movie of the same name.

"I&#39;d like to say that the movie is based on our experiences because, after all, it is Hollywood. Some things are done for effect, but all the emotions are there. Then, too, some of the happenings were worse than the movie."

According to Lutz, the events experienced by him and his family are not as rare as one would believe.

"We have been told by experts in this field that many normal people experience cold spots in certain rooms and tend to avoid certain areas of the house, or just close off the room and forget it. They are worried about what others will say.

"I feel that there is some physical evil form, and that it can be dangerous."