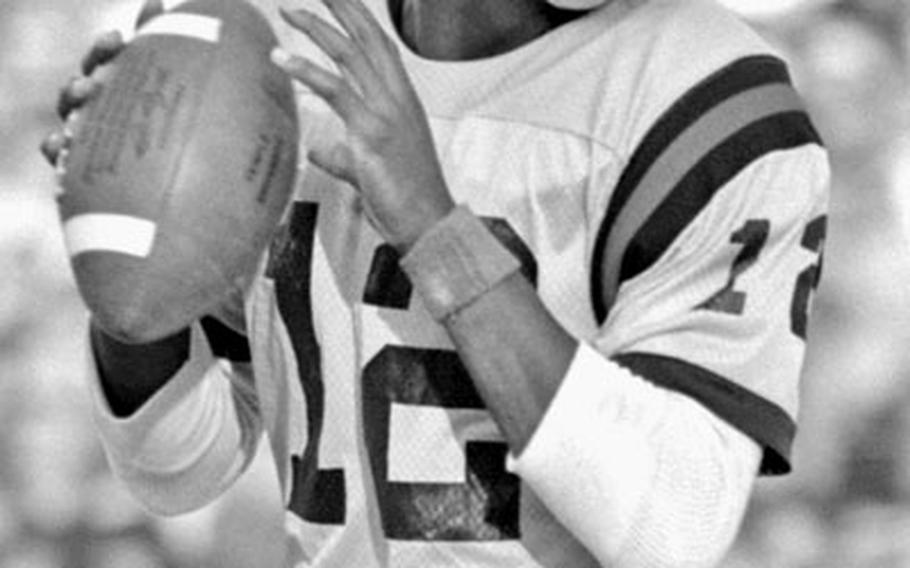 Grambling&#39;s Doug Williams looks for an open receiver during the Mirage Bowl. Williams was named the most valuable player in the game after leading his team to a 35-32 win. (Dallas Baker / ©S&S)

Grambling&#39;s Doug Williams looks for an open receiver during the Mirage Bowl. Williams was named the most valuable player in the game after leading his team to a 35-32 win. (Dallas Baker / ©S&S) 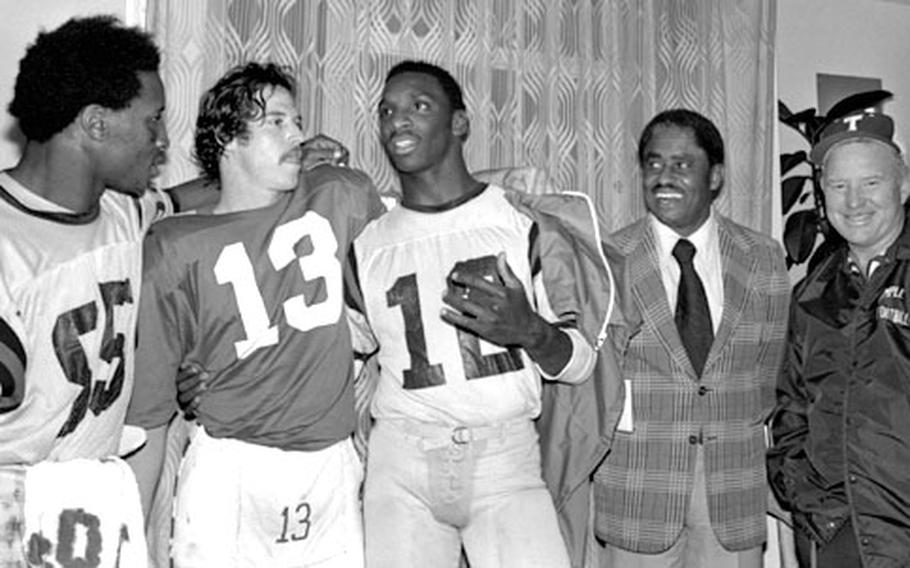 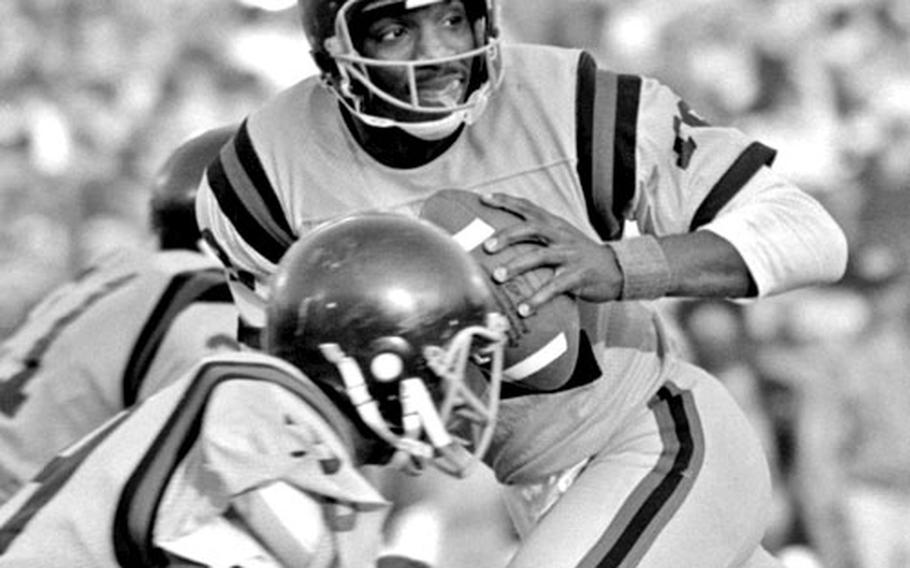 TOKYO &#8212; If football predictions are a sign of wisdom, Grambling State University Coach Eddie Robinson ranks right up there with King Solomon.

"The way I see it, the last to draw is going to be the first to die," he said. "The team that scores in the closing minutes is the one that&#39;s going to win."

Grambling quarterback Doug Williams set up the Tigers as 35-32 winners of a seesaw battle over Temple with a fourth-down, 14-yard scramble to the Temple eight with 59 seconds left.

Running back Floyd Womack plunged through the middle for the winning touchdown with 48 seconds left.

"I wanted Doug to pass on that 14-yard key play," Robinson said. "But Doug said he wanted to run instead. He felt he could set up a better chance at a score that way. He was the captain so I let him call the shot."

Besides his key run, Williams threw four touchdown passes to win the game&#39;s Most Valuable Player laurel and come within one scoring strike of tying the NCAA record set by San Diego State&#39;s Dennis Shaw.

"Disappointed because I didn&#39;t tie it? No, I don&#39;t think so," the star Grambling signal-caller said.

"I was more interested in winning the game, we all were. This was Temple, the team that handed us that heartbreaker last year."

Grambling had a 35-34 lead in that clash when Temple threw a 35-yard touchdown pass to take away the game with 33 seconds left.

"I think our main problem is that we had too much time left on the clock after we made our last score," he said, laughing. "When we did get possession back, we had to go to that suicide pass that Grambling intercepted."

Defensive back Jacky Hamilton intercepted a first-down Pat Carey pass on the Temple 20 with 35 seconds left to kill the Owls&#39; last hopes.

"It would also have been nice if you people had an overtime rule over here," Hardin said. "I feel that&#39;s almost a must in any bowl game. A tie is something the fans just won&#39;t accept.

"Other than that, I don&#39;t think I would have played our game any different."

The 13-year coaching veteran also had some very definite adjectives for the performance of Williams.

"Super, fantastic, phenomenal, what else can you say?" Hardin said. "We&#39;ve gone against Doug&#39;s quarterback skill about three times now and he never falls to impress me.

"He has one of the strongest arms in college football, and when he connects with Carlos Pennywell or Mike Moore, as an opponent you&#39;ve got trouble.

"The Grambling defense was another problem." "It&#39;s nowhere near the pushover some sources report. It kept us from going to the outside as much as we like and we had to adjust. That always hurts you."

The game&#39;s turning point didn&#39;t really come until the 14-yard Williams scamper, and, according to Robinson, "It wasn&#39;t even sure then."

"Remember last year," he said, "and that 35-yarder in the final 33 seconds. We still had 59 seconds to go after that Williams run.

"I wasn&#39;t really confident until that interception with 35 seconds left," Robinson said. "Maybe not even until that final gun.

"The thing that really makes me happy is the fact that we were able to bring a team like Temple with us to Tokyo and give the fans the kind of game we did. That, even more than the win.

"I know some people expected us to walk away with the victory, but not me. I didn&#39;t think that Temple&#39;s season record told the whole story right up until game time. Now after the game, I&#39;m sure of it.

"As I said before, that&#39;s a Wayne Hardin team you&#39;re talking about out there and any squad Wayne coaches is going to give you one tough battle."