From the S&S archives:Agnew in Tokyo for Okinawa reversion 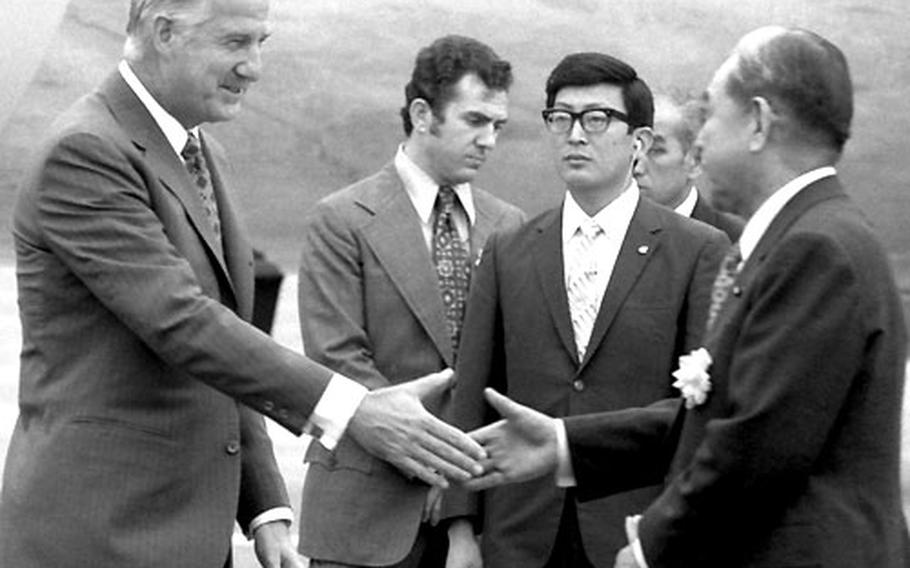 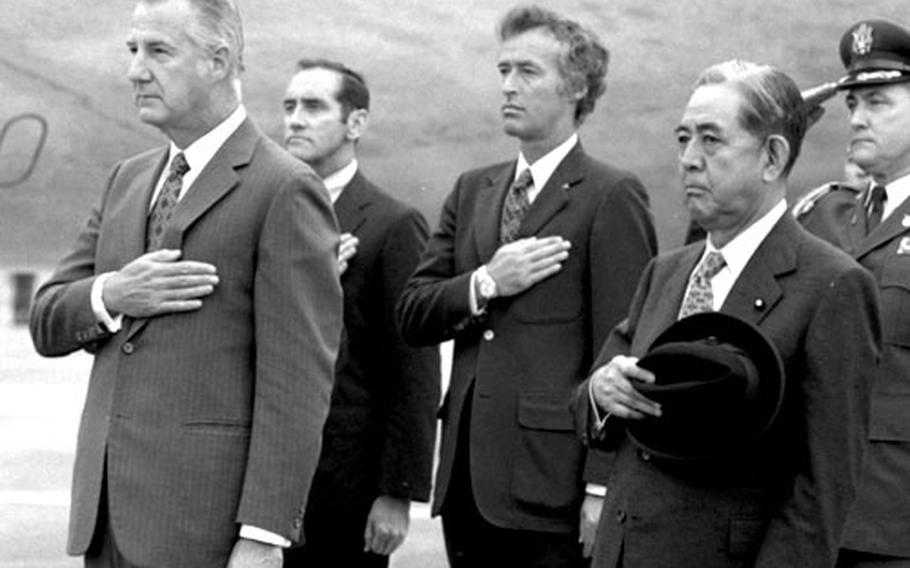 Agnew and Sato stand at attention for the U.S. and Japanese anthems. (Katsuhiro Yokomura / ©S&S) 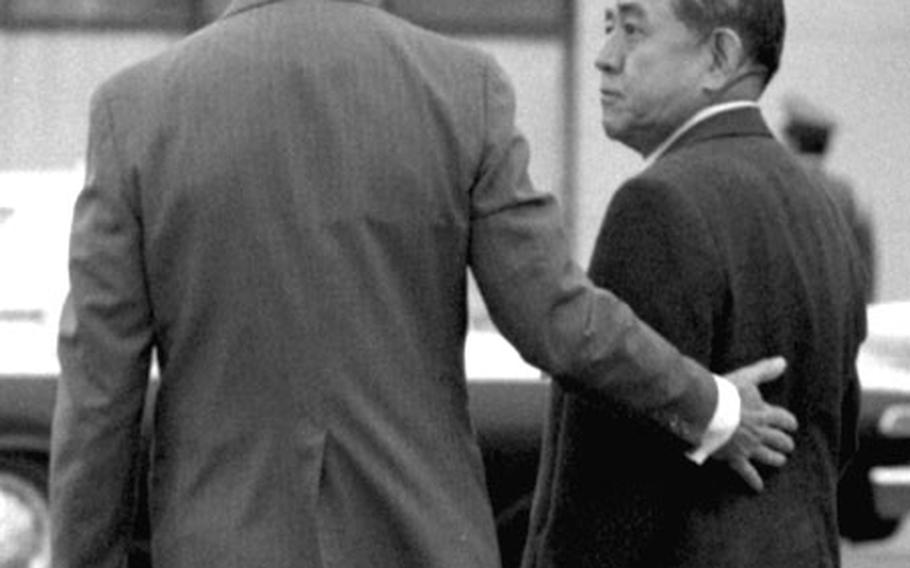 In a short statement at Haneda Airport, Agnew termed the U.S. returning of the Ryukyu Islands to Japan "unique ... unprecedented in history" and having "special significance for Americans ... Japanese ... and for all mankind." The islands have been under U.S. control since the end of World War II.

A "mutual and amicable" restoration, he said, demonstrated "the efficacy of our common democratic institutions."

On hand to greet the vice president were U.S. Ambassador to Japan Robert S. Ingersoll and a host of Japanese dignitaries, including Prime Minister Eisaku Sato and Foreign Minister Takeo Fukuda.

Without mentioning specific problems currently straining ties between the two nations, Agnew noted that successful aspects of the link are "sometimes obscured by the hard but essential work of adjusting differences which occasionally occur even in the most harmonious relationships."

He found it "particularly striking" that "two countries as dynamic and fast changing as ours ... have maintained so solid a record of amicability."

Security was tight at the landing area and riot squad troops and gray vans were on alert along miles of the thoroughfares leading to the airport, but no hostile demonstrations developed.

The vice president, sporting a deep tan, smiled and waved three times to the crowd which responded with a flourish of the flags and a cheer.

With hand over heart, the vice president stood at attention next to Sato while the Japan Self-Defense Force Band played the two national anthems against a 19-gun salute.

After both men reviewed the troops, the prime minister led Agnew to a waiting limousine which whisked him away to his 10th-floor Okura Hotel suite.

On Saturday, the vice president holds discussions with Sato and Fukuda and has an audience with the emperor.