From the S&S archives: African youngster on way to school in Mississippi 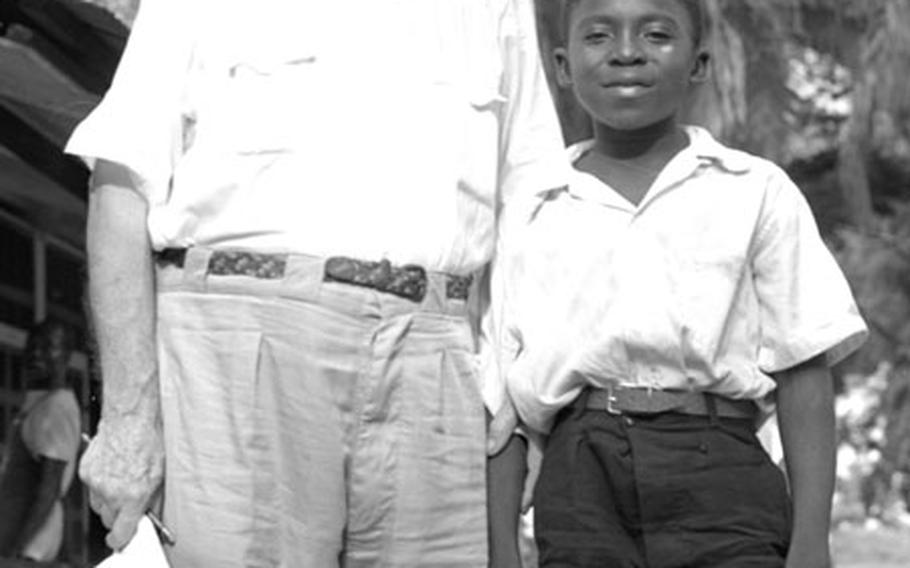 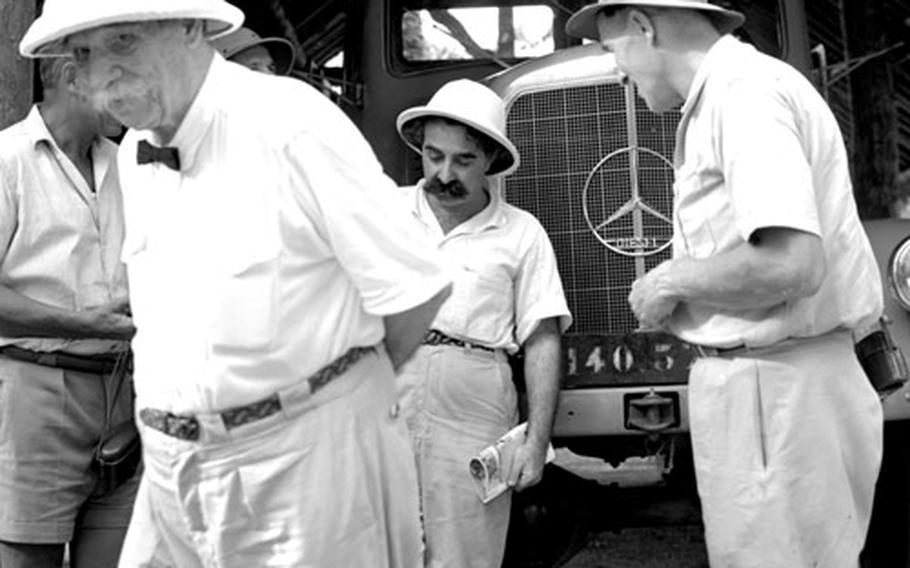 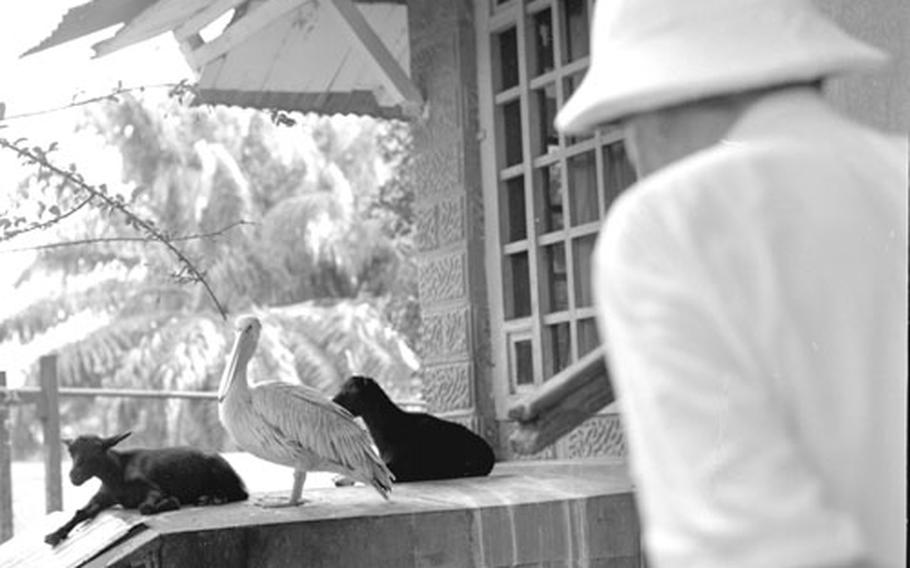 Buy Photo
Dr. Schweitzer checks up on some of the local critters. (©Stars and Stripes)

FRANKFURT &#8212; An 11-year-old African boy with a dream of going to school in the United States arrived here Wednesday on his way from deepest equatorial Africa to where that dream will come true.

Saturnin Onah, wearing eyeglasses and his first pair of shoes, arrived here with Marty Gershen, a Stars and Stripes reporter whose story about the boy last July helped make that dream come true.

Onah, whose home is a thatched-roof village of 60 souls about 150 miles from Dr. Albert Schweitzer&#39;s jungle hospital in Lambar&#233;n&#233;, Gabon, leaves Thursday for New York on his way to the Piney Woods Country Life School in Mississippi.

That&#39;s where Onah will start the schooling he hopes will make him an aviation engineer one day.

Gershen&#39;s story last July told how the boy carved a model of a U.S. Air Force C130 when the Air Force delivered medical supplies donated by groups in the United States to Dr. Schweitzer&#39;s hospital.

Ralph L. Smith, a Kansas City, Mo., philanthropist, saw the story and offered to underwrite Onah&#39;s education through university level. And the school at Piney Woods, a private school, was decided on.

KLM arranged reservations for Gershen to go to Lambar&#233;n&#233; to pick up the boy and escort him to the school. Smith is paying all expenses for the trip.

In New York, Onah hopes to meet either Smith or Dr. Laurence Jones, director of the school.

Onah, whose father Louis Amvene is a carpenter, was overwhelmed by his trip to Germany and not overly talkative about it.

He speaks only French and the dialect of the Fang tribe of his home district. He was fascinated by Germany&#39;s autobahn traffic, and worried about flying at night.

"The pilot will get lost," he told Gershen. The boy worried about the flame shooting from the exhausts of the plane which carried him to Germany, but after he was told it was normal he brightened up a bit.

Gershen said that the only problem was that the boy, who&#39;d never been in a plane before, was airsick.

Even after Onah had passed his physical, and a U.S. visa was virtually assured, the lad could not leave his tiny African homeland until a meeting of Gabon and tribal officials approved it.

They approved the plan wholeheartedly and urged Onah to study hard so that he may return to his country a better man and a more useful citizen.

"In my name and in the name of my people, please convey greetings and heartfelt thanks to the people of America and especially to Mr. Smith, who is helping you.

"Study well and return one day to help your people and your country."

Leon Emba, president of the African republic, wished the boy well and urged him to study hard.

Onah&#39;s government outfitted him with a wardrobe to make the trip. Other clothing was provided by the U.S. Army&#39;s 505th Abn Inf at Mainz, Germany.

Gershen pointed out that Onah, who has a 9-year-old sister back in his village of Ellarayong. has made visits to Lambar&#233;n&#233; and is familiar with city ways.

He has been an honor student for five years at the local government school. He&#39;s a sharp youngster and quick to learn, according to people at Lambar&#233;n&#233;.

For six months he lived in the home of the deputy governor of his region, Felix Theodose, carved toys for the Theodose children, learned their more citified ways.

"There&#39;s no doubt about it. Maybe that kid doesn&#39;t have any more than the rest of the kids around here, but he&#39;s head and shoulders above them in brains."

Onah bid goodbye to Dr. Schweitzer and was told, "you have a great opportunity to go to America and to learn. Work hard there."

Dr. Bertholde Wiessberg, director of the government hospital at Lambar&#233;n&#233;, told Gershen, "your journal has made a wise discovery when you found this boy."