From the S&S archives: Actor hams it up at eight months 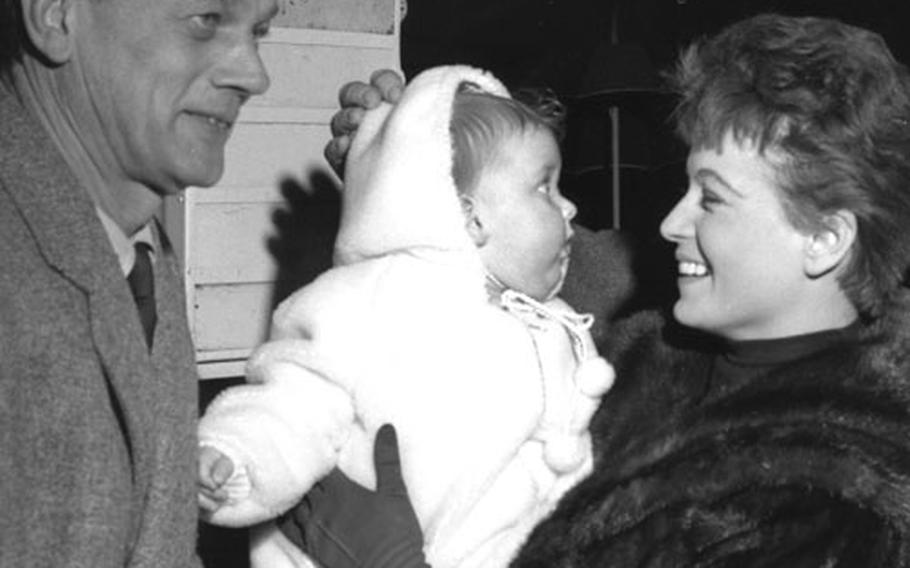 The baby, Joerg Becker, son of a Wiesbaden costumer, will share leading roles with Cotten and Hungarian beauty Eva Bartok in "Special Delivery," now being filmed at Wiesbaden.

But Joerg demanded and got top billing yesterday. Miss Bartok and Cotten alternately held the happy tot who waved his arms in front of their faces as news photographers fired away.

Cotten flew here from New York to play the role of an American ambassador in Eastern Europe in the movie, being shot by the Trans-Rhein Film Co. and to be releases by Columbia Films. The plot deals with complications which arise when a baby is found in the embassy garden. Miss Bartok plays the baby&#39;s nurse.