From the S&S archives: Abernathy: Don't wait for another Martin Luther King 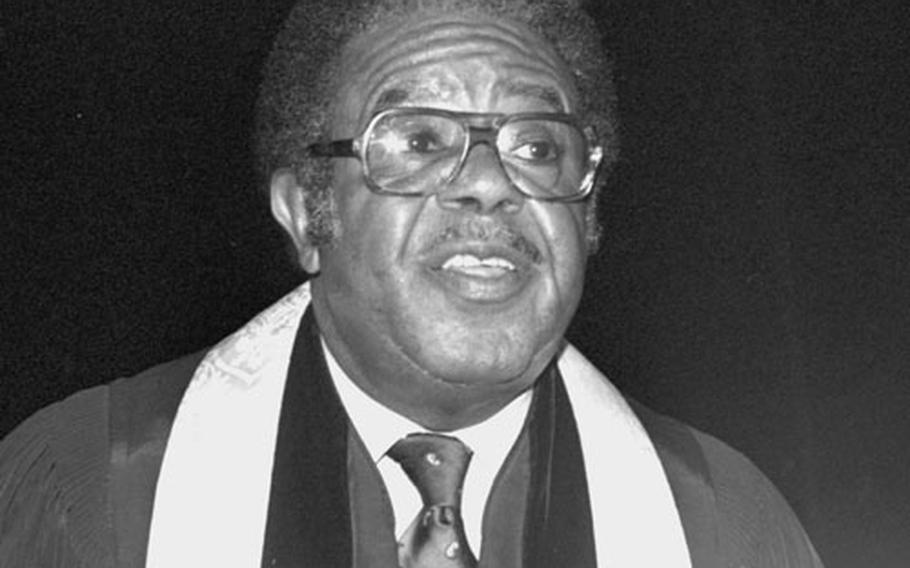 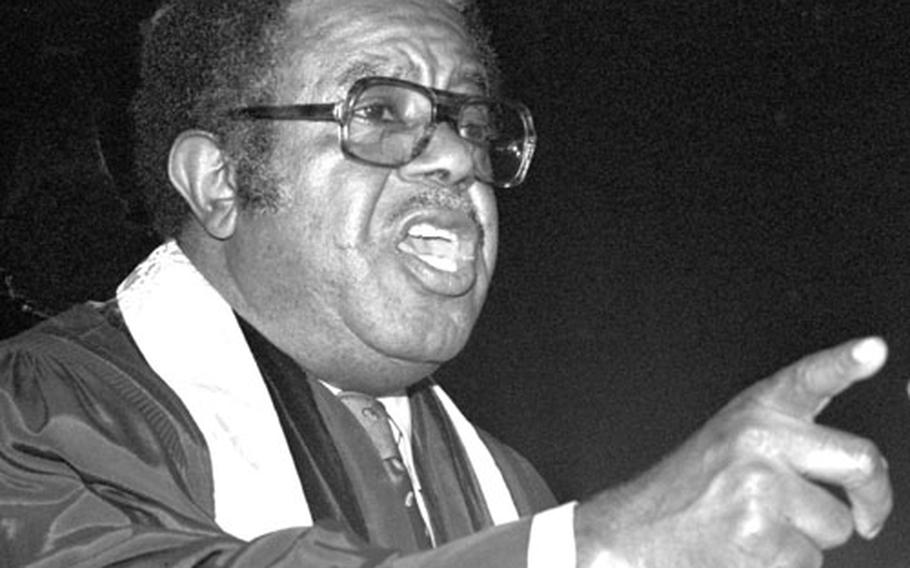 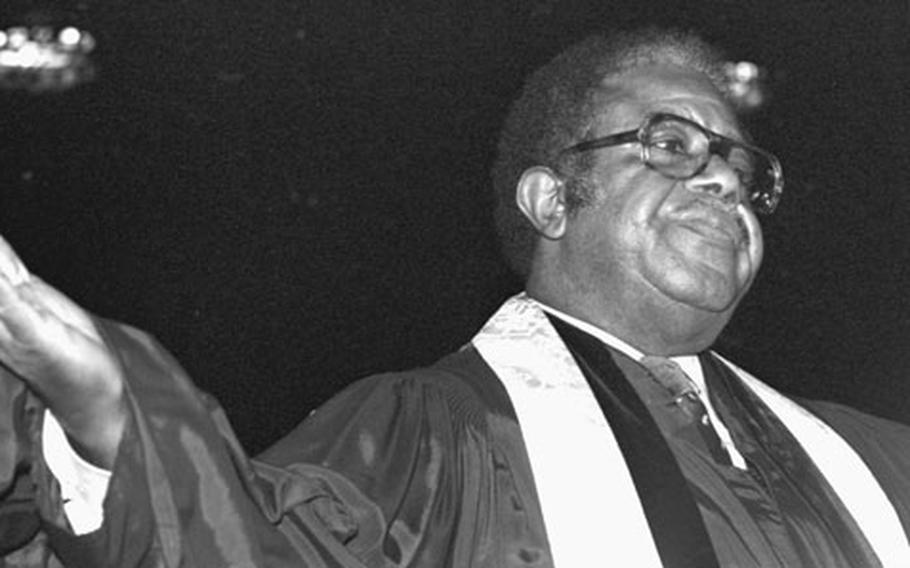 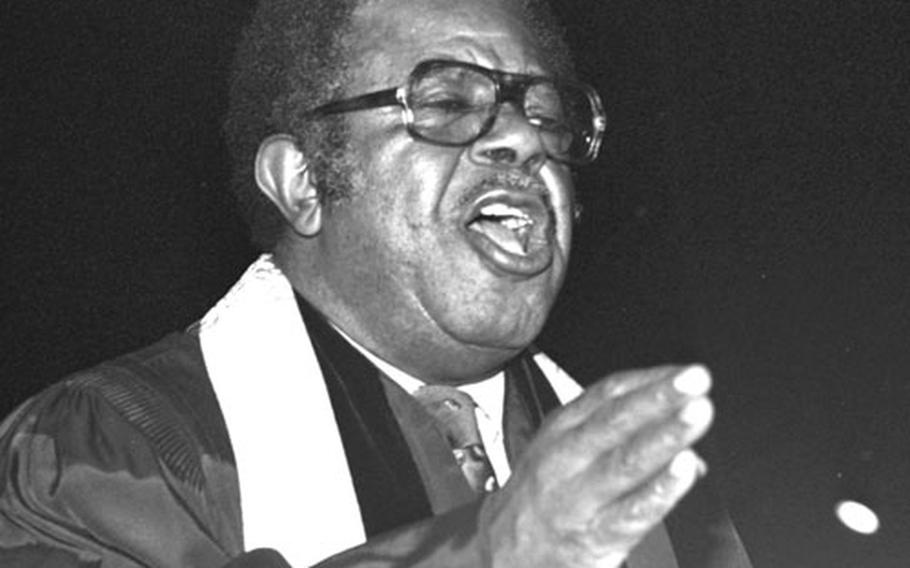 TOKYO &#8212; Too many American blacks have grown "apathetic" about their civil rights and are waiting in vain for another giant of a leader like the slain Rev. Martin Luther King Jr., the clergyman who succeeded King as leader of the non-violent black movement said Sunday.

"Don&#39;t you let anybody tell you that the struggle is over," the Rev. Ralph Abernathy told a large crowd at the Zama Chapel Center. "We&#39;ve come a long, long way, but we&#39;ve still got a long, long way to go."

Abernathy said that because of long strides made in equal rights many blacks are willing to settle for half a loaf, not wanting to push for more. Others have fallen into despair because, he said, times were worse than ever for young blacks seeking a means to live.

"You sacrifice to send your children to universities and colleges and they get their degrees and they graduate," Abernathy said. "And they must roam the streets looking for jobs that do not exist. There are no jobs."

Abernathy, on a visit to Japan to try to interest Japanese businessmen in investing in black enterprises in the United States, said black unemployment is 18 percent higher than it was during the Great Depression.

"And yet somebody wants us to hold ourselves together, to keep quiet, be content, be peaceful, be satisfied," said Abernathy, who along with King founded the Southern Christian Leadership Conference. King was president of the SCLC when it organized the 1956 bus boycott in Montgomery, Ala., then spearheaded the civil rights movement during the 1960s. Abernathy became president after King was assassinated in 1968.

Likening King to Moses, Abernathy recalled that God told Joshua: "Moses, My servant, is dead, but arise and take My people ... As I was with Moses, so shall I be with you."

Some people, Abernathy said, are "looking for another Moses to come, another liberator, another deliverer.

The ways of King should be followed, Abernathy said, but there will be no hands to compare with his at the helm of the movement.

Disdaining violence, as King did to the day he was fatally wounded by a sniper in Memphis, Tenn., Abernathy urged blacks to "write our senators, our congressmen, the president of the United States. We have got to make our voice heard."

Abernathy said impressive technological advances "have been able to make the world a neighborhood, but ... we have failed to make of it a brotherhood."

America still "is torn asunder with racism," he said. The black man continues to be on the bottom rung of the social ladder, he added, and this isn&#39;t lost on younger blacks.

Abernathy said that, because of advances in civil rights, many people feel there that the problems of the poor and the black today are the result of laziness.

"Don&#39;t let anybody fool you and lead you to believe or to ever entertain the notion and the idea that black people are lazy, shiftless individuals," Abernathy told a mixed-race audience at evening worship service. "Who was it who tilled the fields and cleared the new ground? Who dug the ditches? Who cared for the sick? Who built the skyscrapers with our sweat and our blood and with our tears?"

He said that no matter how many hotels, restaurants and motels have been integrated, they are still closed to low-income blacks and other minorities &#8212; who don&#39;t have the money to patronize them because they are "the last to be hired and the first to be fired."

Blacks must always believe in their own dignity and worth, Abernathy added.

"I never rode those buses in Montgomery feeling that I was inferior," he recalled. "Whenever I got on those buses, even though the law required that I take my body to the back of the bus, my mind always took a seat down front. And I vowed to my body, `One day, you&#39;re going to catch up with your mind.&#39;

Abernathy said he will visit Camp Zama again to meet with Lt. Gen. Roscoe Robinson Jr., commander of U.S. Army forces in Japan and, Abernathy was told, one of three black men of his rank in the Army.

"I&#39;ll be delighted to come back," Abernathy said. "A no-star general shakes hands with a three-star general."