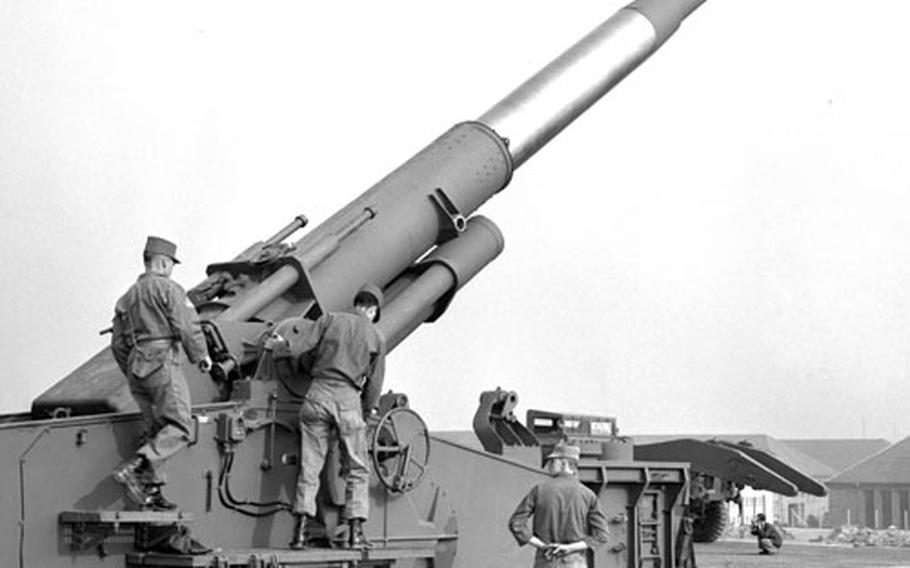 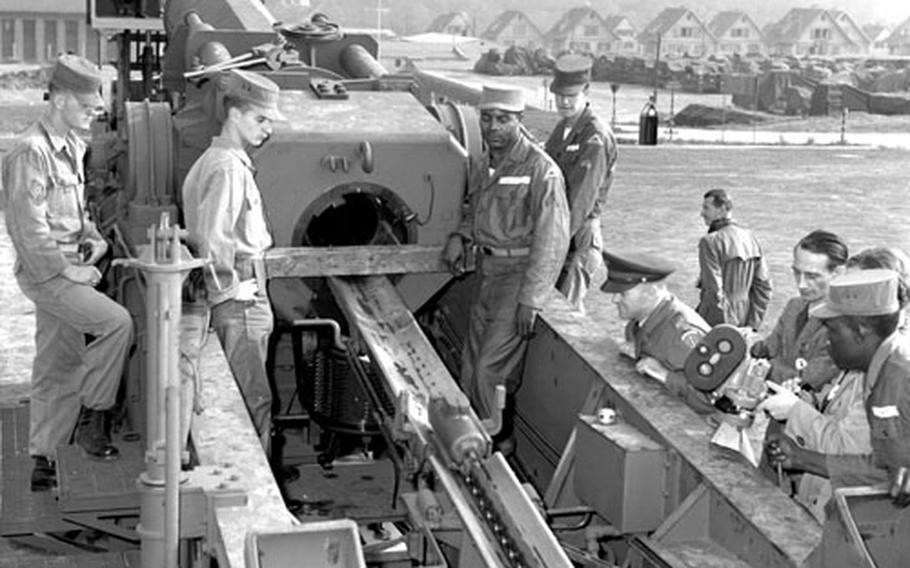 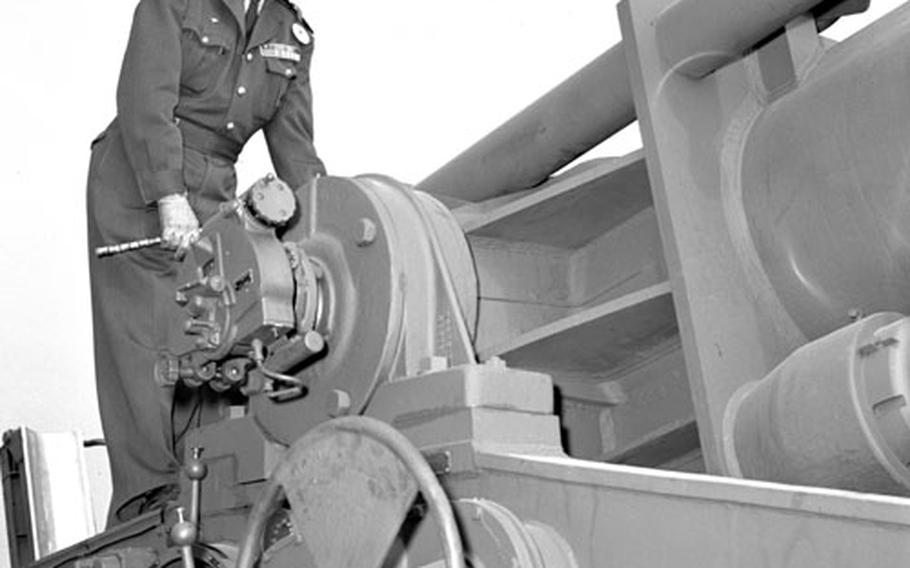 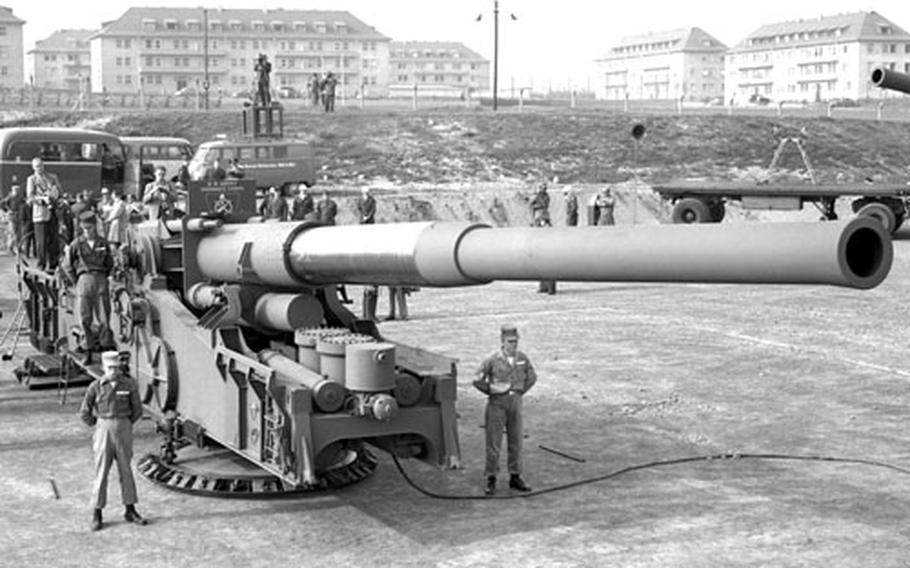 Scenes from the unveiling of the new 280mm "atomic cannons" for newsmen at the Mainz (Germany) Ordnance Depot in October, 1953. (George Penn / ©Stars and Stripes)

MAINZ, Oct. 23 &#8212; The Army unveiled two of the first mammoth 280-mm cannons shipped to Europe here today in a dramatic demonstration for German, French and American newsmen at the Mainz Ordnance Depot.

One of the mighty weapons &#8212; the Army&#39;s largest-caliber artillery pieces having complete mobility &#8212; was on stationary display and the other, mounted on its two transporters, was run through its paces. Neither cannon was fired.

Weighing 85 tons when ready to roll, and capable of firing either atomic or conventional 280-mm shells, the huge guns were manned by members of the 868th FA Bn, commanded by Lt Col Richard J. Bestor.

The stationary cannon was placed on display beside three standard pieces of artillery, dwarfing them in comparison.

As the show opened, the mobile cannons roared into the area and the gun crew rushed to meet it and set the weapons up for mock firing.

The highlight of the show was the movement of the guns from carrying into firing position, with Sfe John J., Uselman barking the orders to his crew of eight and reporting to 2d Lt Herbert A. Neanger, "Sir, No. 1 Is ready to fire."

At the next signal, Pfc Leroy Hill, cannoneer standing 20 paces off, pulled the cord simulating firing,

After finishing this stint, the gun crew went through its paces time and time again at the request of a swarm of news photographers clustered about them.

The 868th En, which arrived in Europe this month, is the first U.S. unit to come equipped with the guns.

The battalion underwent an intensive program with the guns at Ft. Bragg, N.C., before coming overseas, and many members of the unit observed the guns firing an atomic missile at Frenchman&#39;s Flat, Nev., last May.

Concluding today&#39;s show, the cannons were put through a series of maneuvers demonstrating their mobility and speed.

The Army said the guns can travel 35 mph on open highways.

The 90-minute demonstration which attracted nearly 200 newsmen and photographers was arranged by Col Robert V. Shinn, chief of the USAREUR public information division, in conjunction with the ordnance division at Heidelberg. Lt Col Robert Lutz, deputy chief of the Mainz Ordnance Depot, conducted the briefing following the welcome extended to members of the press by Col John W. Cave, depot commander.