From Compton to Iraq, battalion commander is always on guard 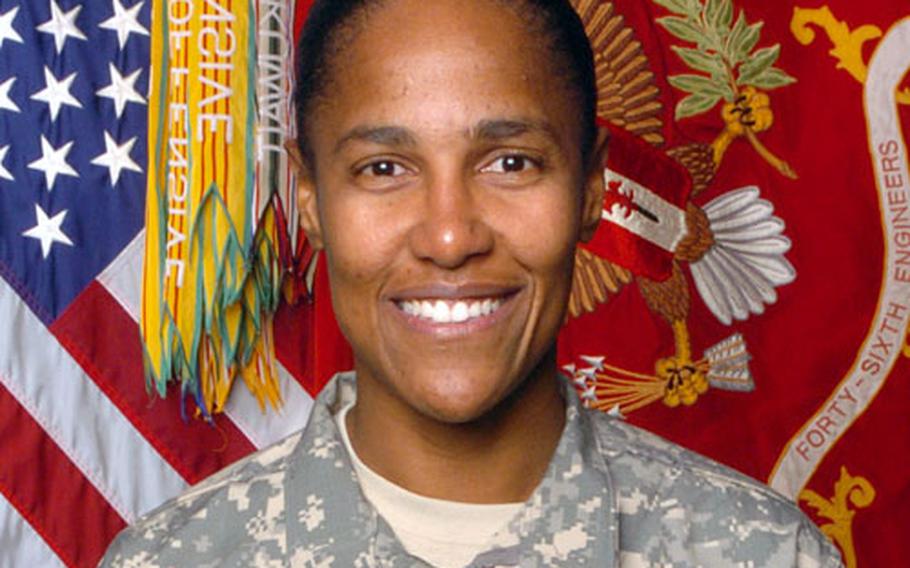 But as a woman in the American military, Anderson acknowledges that she sometimes finds herself fighting more than just an insurgency.

When she served as a heavy equipment platoon officer in the Persian Gulf War, Anderson said, she had to defend herself during an attempted rape. More recently, she was injured when an attacker attempted to break into her toilet stall when she was visiting a camp other than her own in Iraq&#8217;s restive Anbar province.

In both cases, the attackers were U.S. servicemembers, she said.

The recent attack, in which Anderson injured one of her shoulders, occurred when she was using a female toilet stall. She said she heard someone enter the multistall trailer unit after her, and figured it was another woman. When someone tugged gently on the door, she grabbed the handle to hold it shut.

But then, the person on the other side of the door, who she could see was wearing desert combat boots, began yanking on the door, trying to break in.

Gripping the door handle, Anderson strained to keep the door from opening.

Her weapon lay on the floor.

After a period of struggling with the door, the attacker let go and ran from the trailer unit. Anderson pulled up her trousers, slapped a magazine into her pistol and ran outside the trailer.

As a result of such episodes, Anderson said she&#8217;s never far from her own personal security detachment.

Among other projects, the 46th has been tasked with helping to construct several Iraqi military camps in Ramadi and further west. She said she&#8217;s been shocked, too, by the treatment she&#8217;s received from Iraqi soldiers while visiting the construction sites.

On one visit, she said a crowd of Iraqi soldiers began pawing her and making catcalls as they clustered around her. The Iraqis became so unruly, she said, that her bodyguards shooed them away with the muzzle of their rifles. That worked for a moment before the Iraqis came back, trying to touch her again.

Anderson said she pulled her handgun from her holster and loaded it as a sign that she wouldn&#8217;t tolerate their abuse, but that only worked for a short while before they began clustering around her once again.

It wasn&#8217;t until she locked elbows with a male U.S. Army lieutenant that they finally stopped.

Despite such incidents, Anderson said she relishes serving as a battalion commander in Iraq, and considers herself very fortunate.

While friends and fellow family members weren&#8217;t as lucky at avoiding the crime and violence they were exposed to during their childhood in Compton, Anderson credits her grandmother with helping her to avoid a similar fate.

The older woman lived in Colorado and Anderson&#8217;s visits there were welcome respites from a difficult life in Southern California.

In her view, Compton hasn&#8217;t improved much since she joined the Army as a 17-year-old private in 1984. She said she doesn&#8217;t plan on returning there and worries that it&#8217;s only a matter of time before gangs in Southern California begin using roadside bombs of their own.

Her biggest fan, she said, is her son, who just turned 9 years old. He&#8217;s enthralled with the fact that his mother is in the Army and routinely tells his friends and classmates that she commands a thousand soldiers &#8212; which is about double the actual number.