From bugs to bombs, little-known Seabee unit protects US embassies from threats 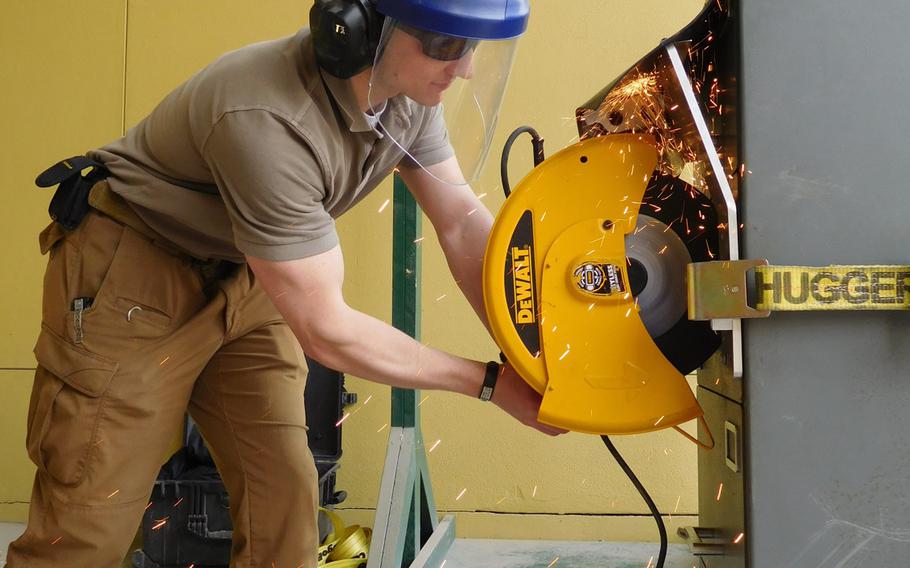 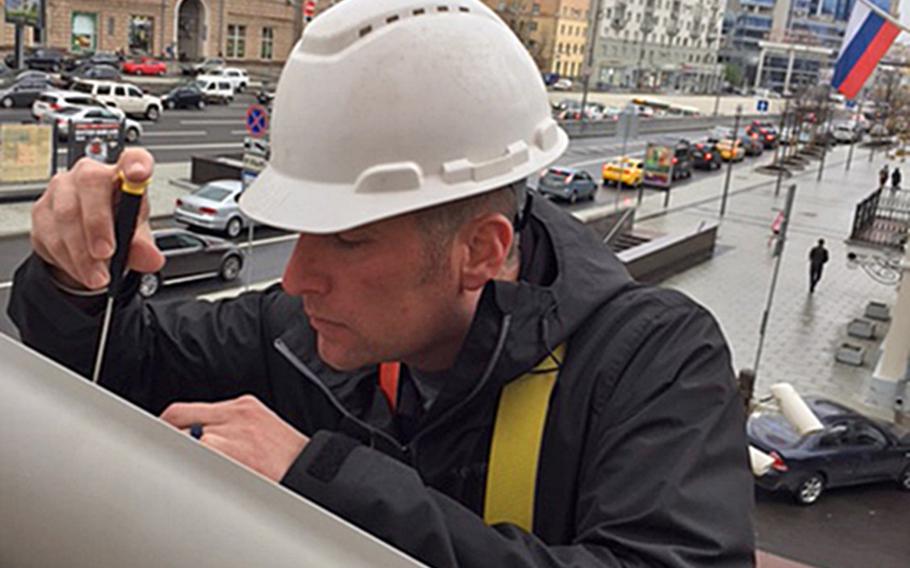 A Navy Seabee helps install concertina wire at an undisclosed area in this State Department photo from Monday, December 20, 2010. (Courtesy of U.S. Department of State) Seabee Eric Millisor, a petty officer second class with the Naval Support Unit - State Department, does wiring work at the U.S. Embassy in Baghdad, Iraq, in this undated photo. (Courtesy of Eric Millisor) 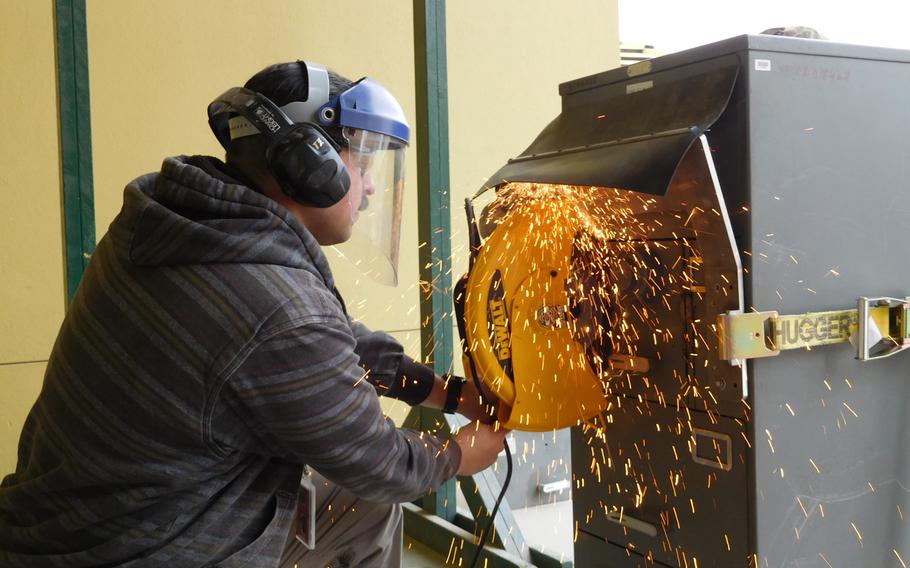 A military unit that helped secure U.S. diplomatic compounds for decades has seen its mission grow as security threats have escalated from bugs buried in embassy walls to car bombs driven up to embassy gates.

Perhaps the most widely known military defenders of U.S. embassies are Marines.

But a small group of Navy Seabees, known as the Naval Support Unit - State Department, has played a largely behind-the-scenes role implementing technical measures to combat threats abroad since the 1960s.

The unit’s exploits are largely unsung outside the Navy’s Construction Battalions — the “C.B.” from which the name Seabee comes.

“You see the AFN commercials of the Marine with the rifle and he’s handsome, clean-shaved and protecting the embassy,” said Petty Officer 2nd Class Eric Millisor, a Seabee at the U.S. Embassy in Tel Aviv, Israel. “You never really know what the Seabees do.”

In April 1966, in the heat of Cold War spy games, the Navy first formally committed Seabees to help the State Department combat Soviet spy technology. Before the end of the decade, they’d take part in a major transformation to combat terrorist attacks.

As embassies became more fortress-like, the Seabees’ focus expanded from interior walls out to compound perimeters, and from watching construction projects for bug-planting to maintaining systems that monitor for signs of potential violence.

“Back in the Cold War era, the threat was different, we were in that spy-versus-spy mentality,” said Chief Petty Officer Subrina Stallings, the unit’s operations chief. “Now we’re more so on that physical protection … those outer-layer defense areas first.”

The Navy’s construction battalions were first founded during World War II to build bases and clear airstrips, mainly in the Pacific theater. They were eventually tasked with building schools and hospitals as “goodwill ambassadors.”

Their embassy duty didn’t start until the early 1960s.

Marine guards overseeing embassy construction projects in Moscow and Warsaw lacked the expertise to spot fishy behavior as local workers installed networks of listening devices in the buildings. After the Seabees dug out the bugs and repaired the walls in 1964 and 1965, they were assigned to supervise several construction projects. Some installed secure conference rooms — called “bubbles,” like something out of the era’s spy-themed TV series.

Meanwhile, anti-American protests and terrorist attacks were forcing embassy security to expand from anti-crime and anti-espionage to defense.

A spate of violence in the Middle East, Latin America and Europe in the ‘60s and ‘70s prompted State to beef up walls and fences, install heavy vault doors and window grates, closed-circuit TV and alarms.

Beginning in 1968, after John Gordon Mein was forced from his limousine and assassinated in Guatemala City — the first U.S. ambassador killed in the line of duty — Seabees helped armor embassy vehicles, including the secretary of state’s 1971 Cadillac.

The program proved its worth when three people in an armored embassy car walked away unharmed after a 1972 bombing in Cambodia.

Today, about 120 Seabees belong to the security unit, with about 70 posted to over 40 embassies to support State’s Diplomatic Security Service. Other Navy construction specialists staff regional centers and travel where the service needs them.

Stallings said she traveled more than 250 days a year covering 13 sites in the Western Hemisphere from a regional center in Florida during her first tour with the unit from 2008 to 2011.

Attracted to the unit by the prospect of technical training and travel, Millisor spent more than a year at the Baghdad embassy, one of three high-threat diplomatic missions where the Seabees maintain a small but constant presence. Now in Tel Aviv, he’s helping with the U.S. Embassy’s move to Jerusalem.

In Kabul, another high-threat embassy, State Department personnel rarely leave the compound. It was a more difficult post than any other for Chief Petty Officer Will Lathan, a Seabee who had previously lived in a tent in Cameroon during a mission there.

“You’re living inside a maximum-security prison,” Lathan said of the compound in which he served in 2016. One difference, he said: all that security is meant to keep people out, not in.

Recent history has placed a greater emphasis on embassy security, following al-Qaida attacks on diplomatic missions in Africa in 1998. A wave of violent protests and attacks in 2012, including the deadly storming of a U.S. mission in Libya, again spurred efforts to improve embassy security.

As U.S. forces withdraw from places like Iraq and Afghanistan, diplomatic security officials have said they may need to rely even more on the Seabees.

Though small and obscure, the unit is capable and ready, several Seabees said.

“They kind of call upon us to adapt and overcome anything,” Millisor said. “We’re very adaptable.”