From brewing to sales, beer company is in veteran hands 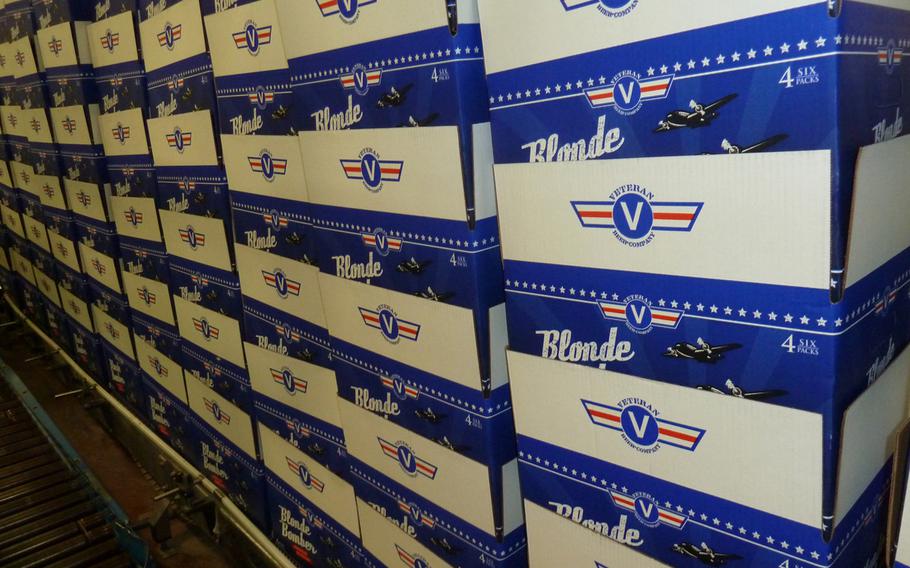 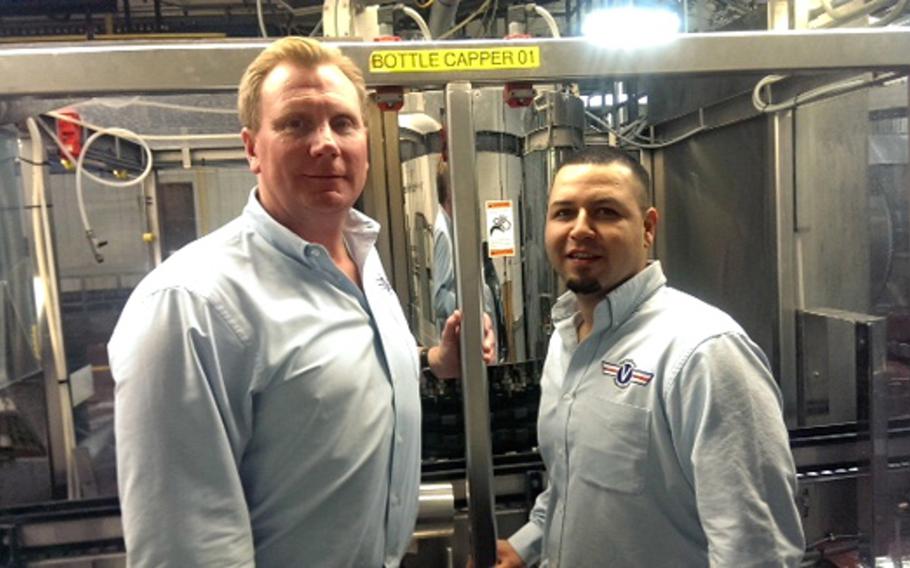 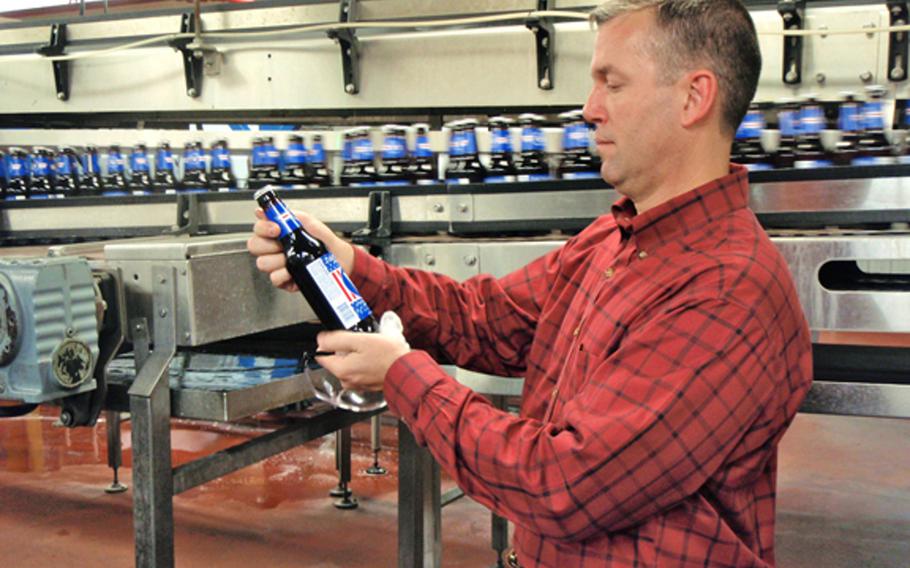 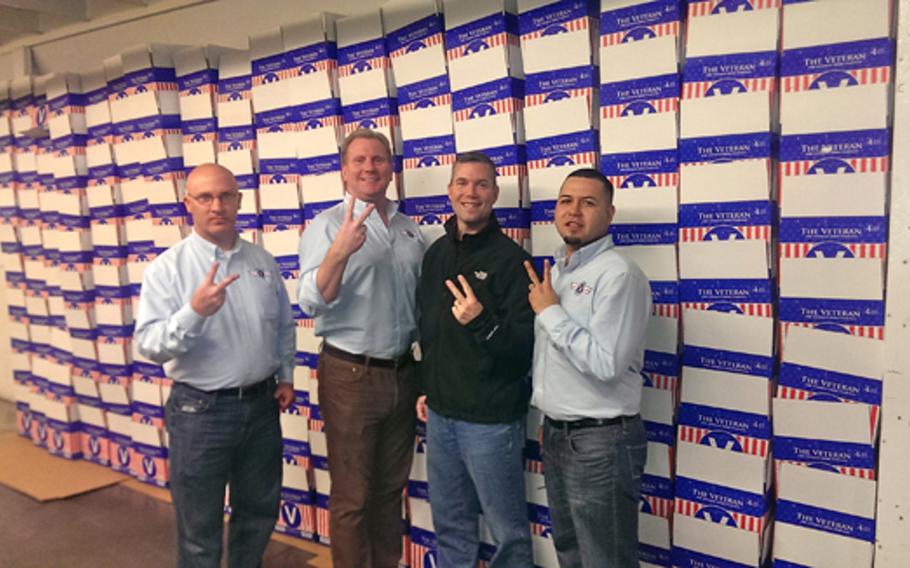 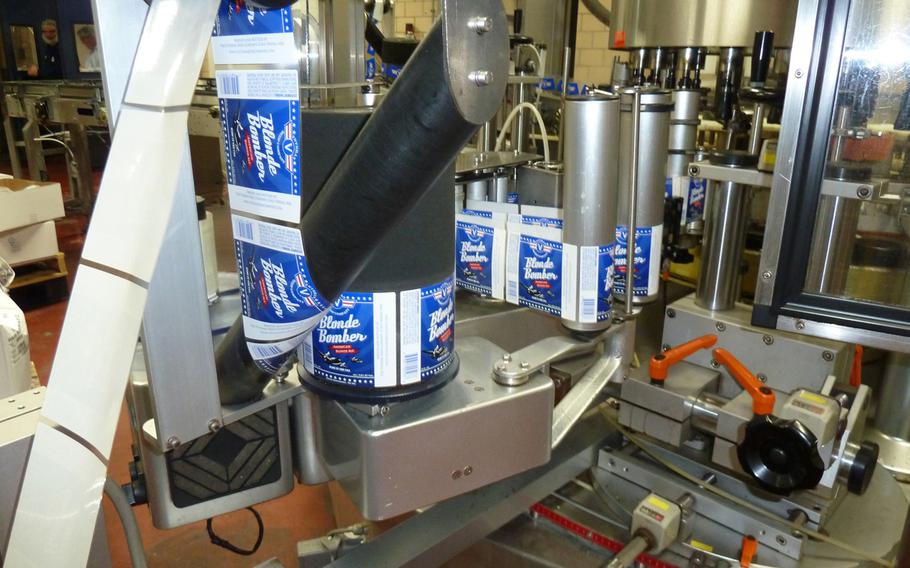 SASEBO NAVAL BASE, Japan — Marine Sgt. Miguel Delgado’s hopes of making a career out of military service were dashed Aug. 6, 2005, when the combat engineer was cut down by a roadside bomb in Iraq.

The device tore his femoral artery, fractured his femur and shattered the heel on his left leg, forcing him from the Corps and into a dead-end job as a part-time mailman back home in Lake County, Ill. Delgado confronted his disability daily, with a leg that inflates to three times its normal size from fluid. Already without benefits, he quit over the summer after he saw his wages cut significantly.

Delgado’s situation is not uncommon: Post-9/11 veteran unemployment is still higher than the national average.

But Delgado found the light at the end of the tunnel ... and she’s a Blonde Bomber.

Two months ago, Delgado began working for the Veteran Beer Co., a new Chicago microbrewery, where every role — from brewing to sales — is filled by veterans. The company essentially plans to market employees like Delgado to sell their craft beers and employ as many disabled and non-disabled veterans as possible along the way.

Delgado is not only a brand ambassador who sells Veteran Beer at liquor stores and pubs, but since all employees are given shares of the company, he also is a part owner. Not only has the company given Delgado a job and a future, but he also gets to enjoy the camaraderie of fellow veterans, something he was missing after nearly a decade at war.

“It’s a company that truly is going to help veterans,” Delgado said when reached at VBC’s Cold Spring, Minn., brewing facility earlier this month. “There is no other company out there that is going to do that.”

The Veteran Beer Co. is the brainchild of Paul Jenkins, a retired Navy fighter pilot who also suffers from a disability.

Jenkins came up with the idea over the July Fourth weekend last year, a response to serious introspection about the veteran unemployment problem and high suicide rate for servicemembers returning from the conflicts in Iraq and Afghanistan. Last month, the unemployment rate for post-9/11 veterans was 9.9 percent, compared to 7 percent for the general population, according to the bureau of labor statistics. At the end of last year, 28 percent of all veterans reported a service-connected disability. Of that group, almost seven percent reported being unemployed.

Jenkins said that was unacceptable.

The former Navy pilot started doing some basic research and found that public opinion of veterans was through the roof. He had seen companies draw on veterans or use patriotic imagery, but felt it never translated into concrete measures to help America’s warriors.

“My desire was to start a company where everybody is a veteran,” Jenkins said earlier this month. “So I thought, ‘What could I start?’ … There is no Captain Morgan. There is no St. Pauli Girl. They are fictitious. [Veterans] have the best back story.”

Jenkins set his sights on a microbrewery and began putting a team together. He brought on board top-flight brewer Eric Rine, a retired Marine Corps lieutenant colonel from Indiana, who had started with a home brew kit, but eventually studied the art at the University of California at Davis and the Seibel Institute.

The Veteran is a darker lager, amber in color, with malty, almost caramel, aromas, smooth and dry on the pallet, Rine said. The Blonde Bomber features piney and citrus notes with a slight hoppy bitterness, but it falls far short of being obtrusive.

“It is science and it is art,” Rine said earlier this monthas he prepared the company’s second run for the marketplace. “It has been really nice with the positive reviews [the beer has] received.”

Veterans came up with the logo and packaging. They rented space in the brewery in Cold Spring to bring Rine’s vision to life and signed an agreement to produce a minimum of 10,000 cases per month.

Jenkins said they also would sign agreements only with suppliers who had veterans working for them or who agreed to hire vets in the future.

All the while, Jenkins and his team stayed true to their principles. He said they turned down a $20 million investment offer from an industry leader because it would have altered the original vision. Jenkins poured in his own money.

With 44 veterans on the books and more placed with allied companies, Veteran Beer Co. launched on Veterans Day.

Brand ambassadors like Delgado pounded the pavement all over Chicago and Indiana to sell the product at pubs and liquor stores. The ambassadors asked owners to buy just 10 cases to start and they would host an in-house tasting.

Delgado said he was selling the beer, which he said is delicious, but he was also working to bring more jobs to his brothers-in-arms, to give them all a better life. To accomplish this, he connected with people; he sold his story; he sold his scars.

In each of the six tastings he did, he hawked the 10 cases in less than three hours.

Veteran Beer Co. started out small in just two states, but has a strategic plan to grow rapidly, Jenkins said. They don’t want to have spotty sales across theUnited States. They plan to advance and hold territory, state by state, until the beer is offered across America. Jenkins said they plan to be in seven more states by the spring and 20 by 2015.

The company’s goals are lofty. Jenkins hopes to see the company become a top-three beer brand in the U.S. in his lifetime, even though he won’t be around at the company he started to see it. Leaders can serve for only 10 years, then they have to step aside and let someone new take the reins.

The company plans to hire 3,500 veterans in the first five years and donate 10 percent of its profits to veterans’ charities.

There isn’t a single doubter among them that they can be successful.

“This is our company,” Delgado said. “I own part of this company, so for it to work we have to give 110 percent, everybody does. There is no fail. We can’t fail our veterans again.”