From base to base, ‘funny is … funny,’ says Bruce Bruce 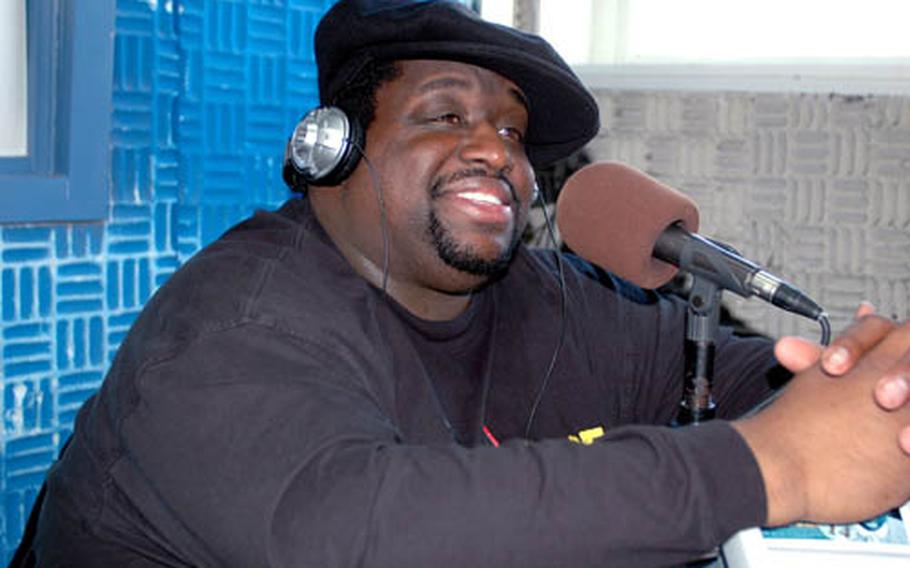 Comedian Bruce Bruce speaks on air at Sasebo Naval Base, Japan, where he had shows scheduled Monday and Tuesday following performances at Yokota Air Base in Tokyo last week. (Greg Tyler / S&S)

He had performances scheduled at Sasebo&#8217;s Galaxies Club on Monday night and a family-friendly version Tuesday at the Showboat Theater. Before arriving in Sasebo, he performed at Yokota Air Base.

Bruce is known for adult comedy but prides himself on not using vulgarity alone to win a laugh. He particularly enjoys comedy appropriate for the entire family, he said.

Next to conquer? Movies and television, he said.

But even with such an impressive r&#233;sum&#233;, performing for servicemembers overseas is special, he said.

Bruce was slated to perform for airmen and Marines on Okinawa later this week.

Although he&#8217;s performing overseas during Black History Month, Bruce said he really doesn&#8217;t give much thought to the month&#8217;s unique designation.