From armed forces to the work force 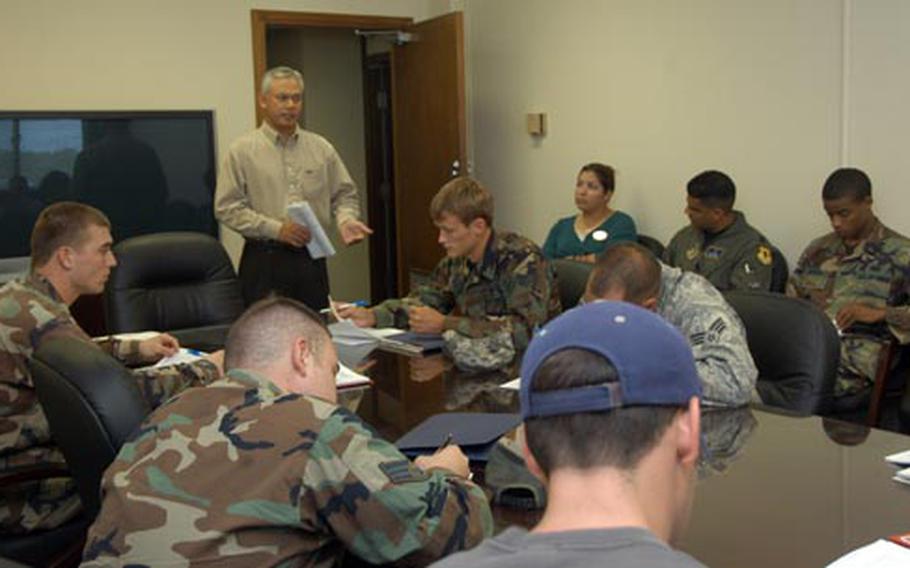 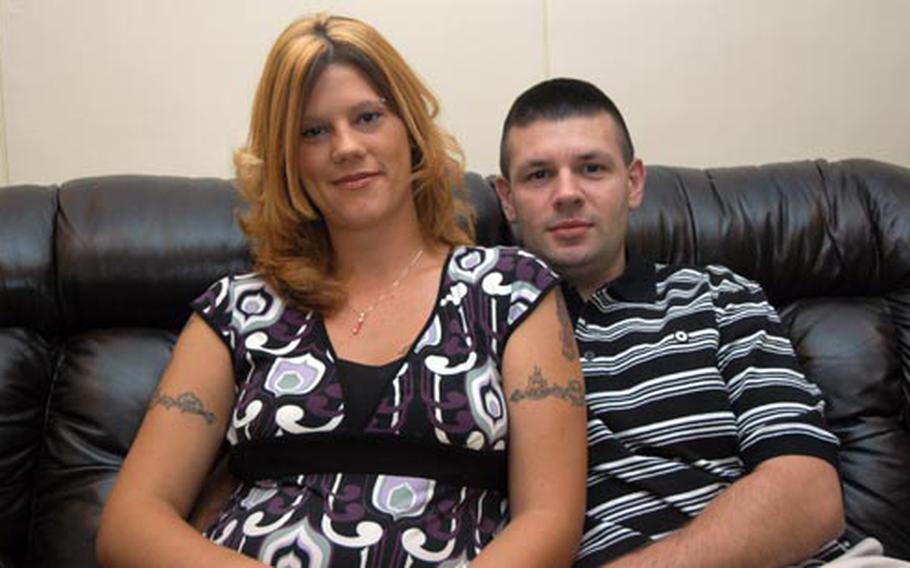 Nicole Barnes, 25, left, and her husband, Senior Airman Doug Barnes, who works for the 18th Equipment Maintenance Squadron at Kadena Air Base, Okinawa. Nicole Barnes separated from the Air Force this month so she could prepare for the couple’s first child. (Natasha Lee / S&S)

Reed, 22, plans to move his family from Okinawa to his in-laws&#8217; house in St. Louis, where he hopes his military training will land him work in communications technology.

But Reed worries about finding a job in a shaky U.S. economy, particularly one that offers affordable health benefits that will support his 2-year-old daughter.

"I think that&#8217;s what scares me the most, my young daughter is still developing," he says.

Transitioning into the mainstream work force during tough economic times can be overwhelming.

According to the U.S. Bureau of Labor Statistics, the unemployment rate reached 5.7 percent last month &#8212; the highest in four years.

Reed, who separated from the Air Force this month, will compete against the roughly 200,000 veterans who leave the active-duty military each year and thousands of civilians including college graduates and those recently laid off.

For veterans, finding ways to parlay their military skills into a successful career can be challenging, especially for young veterans who may have little or no experience in the work force.

In the first half of 2008, unemployment among veterans ages 18 to 34 was 9.8 percent, according to federal labor statistics.

It&#8217;s numbers like those that make Cpl. Tony Saukas, 21, wary of leaving the Marine Corps.

"I hear about layoffs and people getting fired back home. I know that I get that (military pay) check every first and fifteenth," he said.

Saukas, an aviation branch chief with G-3 operations, is studying for a degree in general studies from the University of Maryland, a move he hopes will help him choose a career path.

A native New Yorker, Saukas says it&#8217;s tough being away from his mother and younger teenage brother he helps support &#8212; factors that weigh heavily on whether he should re-enlist in March.

Servicemembers, spared from paying rent, utilities, health care, and in some cases meals, must now look for jobs that can support such basic needs.

And the salaries aren&#8217;t always lucrative.

Reed worked as a deployable communications tech in the Air Force. The starting salary for a similar job as a computer programmer or data communication analyst is around $38,400, reports CareerOneStop, an online resource for troops.

A study by the Department of Veterans Affairs found that half of veterans ages 20 to 24 with steady civilian employment earned less than $25,000 a year.

During the 1980s, Crowder, 47, left the Air Force for three years to work as a purchasing agent and a receiving and shipping clerk.

Now, after 28 years of service, Crowder says he&#8217;s ready and financially prepared for retirement in December &#8212; and he gives financial advice to younger airmen.

"I made a lot of money mistakes in the past," Crowder says. "With age comes wisdom, that has a lot to do with that."

"This class may change their minds because we&#8217;re being taken care of by the military," he says.

During the workshop, participants are encouraged to do a budget assessment to see the range of civilian salary that will be necessary for them to live.

"If you&#8217;re younger and single, you may not have as many stresses as those who are married with kids," Catahay says. "It&#8217;s going to be really hard, especially with the economy back in the States."

Senior Airman Nicole Barnes, 25, formerly a crew chief with the 18th Equipment Maintenance Squadron, doesn&#8217;t have to move back to the States to feel the pain.

Barnes separated from the Air Force this month to concentrate on her first pregnancy.

Although her husband is still enlisted in the Air Force, the couple will lose about $2,000 a month in salary and housing benefits, she said.

Her husband, Doug Barnes, a 25-year-old senior airman with the 18th Equipment Maintenance Squadron, said he&#8217;ll re-enlist in June so that their baby will have health care and Nicole can stay home to eliminate child care costs.

Company cutbacks stateside have hit close to home for the Barneses. Doug&#8217;s father, a truck driver in Michigan, recently had his work schedule cut from six days to three days a week, after more than a decade with the company.