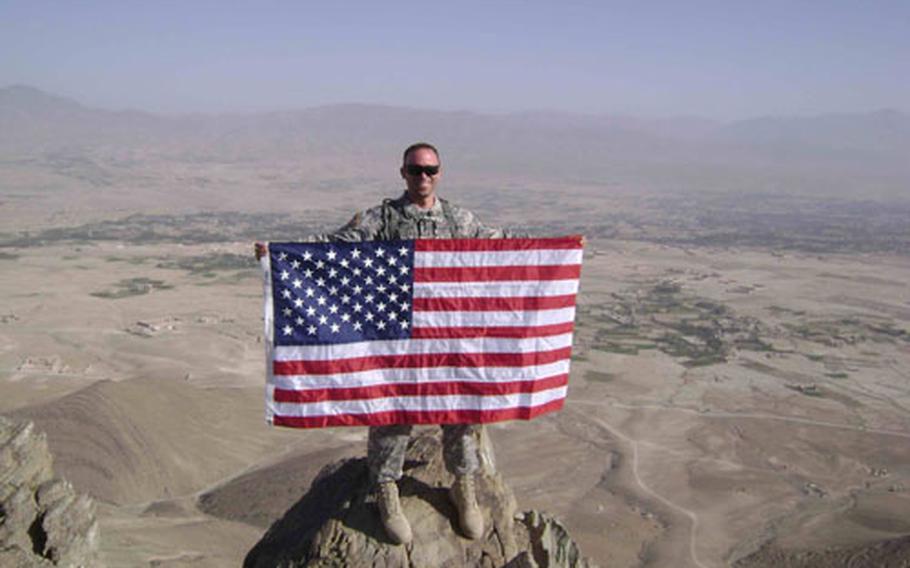 Brock said he didn&#8217;t know Magnani, but he formed his opinion by looking through his records and talking to the many friends Magnani made during his short time at Aviano.

A handful of those who did know him backed up that assessment.

&#8220;He would make it a habit to give those who needed it an encouraging word or a pat on the back,&#8221; said Col. Michael Shaffrinna, commander of the 31st Medical Group, challenging those attending Friday&#8217;s memorial service on base to do the same. &#8220;If you do, his spirit will remain with us through your actions.&#8221;

Magnani, a member of the 31st Medical Support Squadron, died Wednesday near Bagram Air Base, Afghanistan, from non-combat-related injuries, according to a Defense Department release. It said his death is under investigation and base officials declined to talk about the circumstances.

On Friday, those gathered in the base chapel focused on Magnani&#8217;s life. One of four children born to Thomas and Jeanne Magnani, the 36-year-old was a surprise gift to his family, according to Chaplain (Capt.) Phillip Kaim. He said his mother didn&#8217;t know she was going to have twins until Patrick was born.

Magnani joined the Air Force in 1989 and served almost 18 years. Many of his assignments were overseas, including stints in England, Germany and Italy. He and a group of friends at Kunsan Air Base in South Korea were reunited at Aviano and toured Italy and surrounding countries.

His friends remembered his love of adventure, knowledge of history and different cultures, and his quick smile.

Staff Sgt. Jeffery Merriman said he disagreed with Magnani on some things &#8212; such as his opinion on which was the world&#8217;s best pizza place &#8212; but wouldn&#8217;t dream of arguing about Magnani&#8217;s favorite beverage: Belgian beer.

Master Sgt. Angelo Plaza remembered his first night in Italy, when he and another airman started to talk about work. Plaza said Magnani &#8212; whom he also called a &#8220;workaholic&#8221; &#8212; told them they had to talk about something else after hours. So they did.

He said he learned a great deal from Magnani about how to interact with others.

With or without Belgian beer.