Fresh chicken back on shelves in Italy after bacteria scare 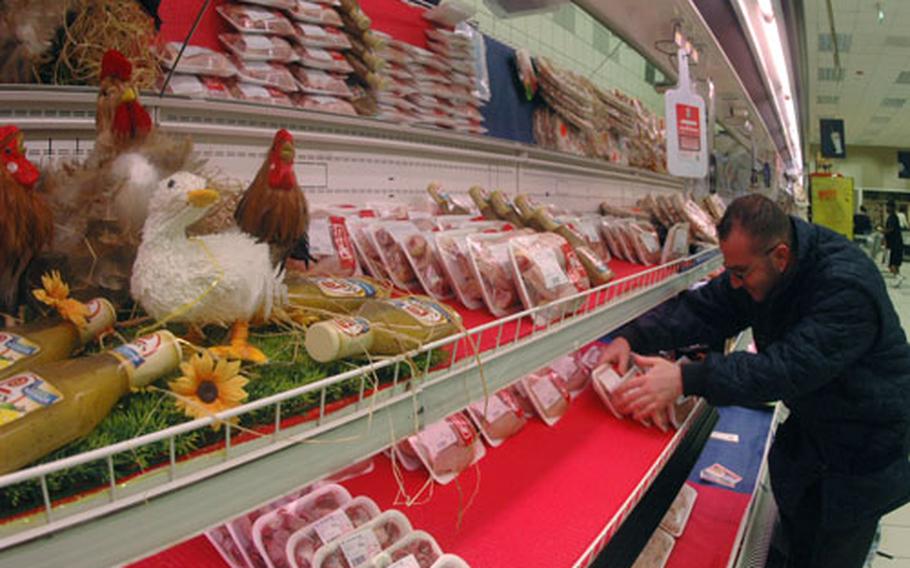 Nino D’Aloi adjusts fresh chicken packages in the commissary at the support site base in Naples, Italy, after a delivery Tuesday. Delivery of fresh chicken was suspended in February after inspection of the processing plant found coliform bacteria in water used to clean chickens after they are gutted. (Sandra Jontz / S&S)

Fresh chicken is back on commissary shelves in southern Italy.

The chicken was pulled in late February after a routine inspection of the Arena Chicken processing plant turned up traces of coliform bacteria in water used to clean chickens after they were gutted.

There was no product recall because veterinary and commissary officials said the chicken posed no health risks if properly cooked.

In the absence of fresh chicken, extra shipments of frozen chicken were ordered to keep up with demand, according to Naples commissary director Jim Carnes.