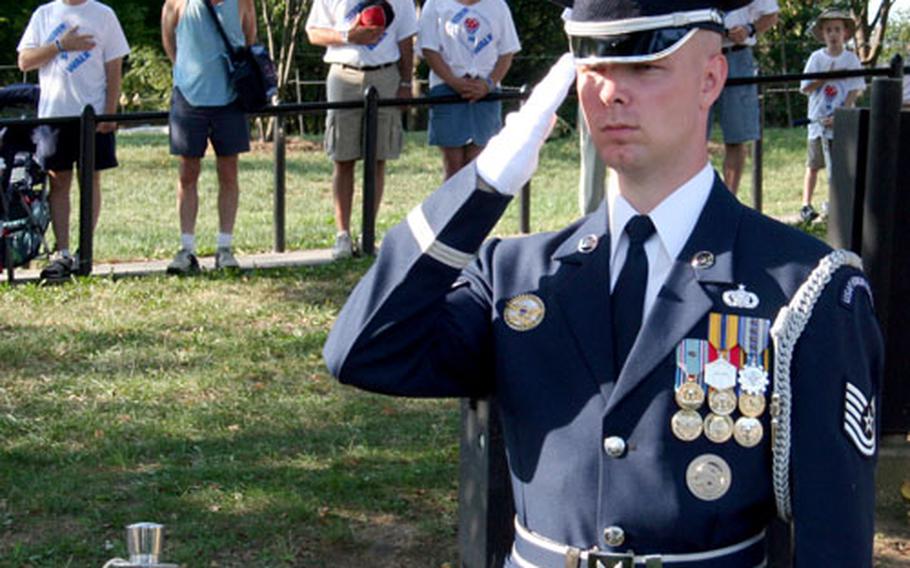 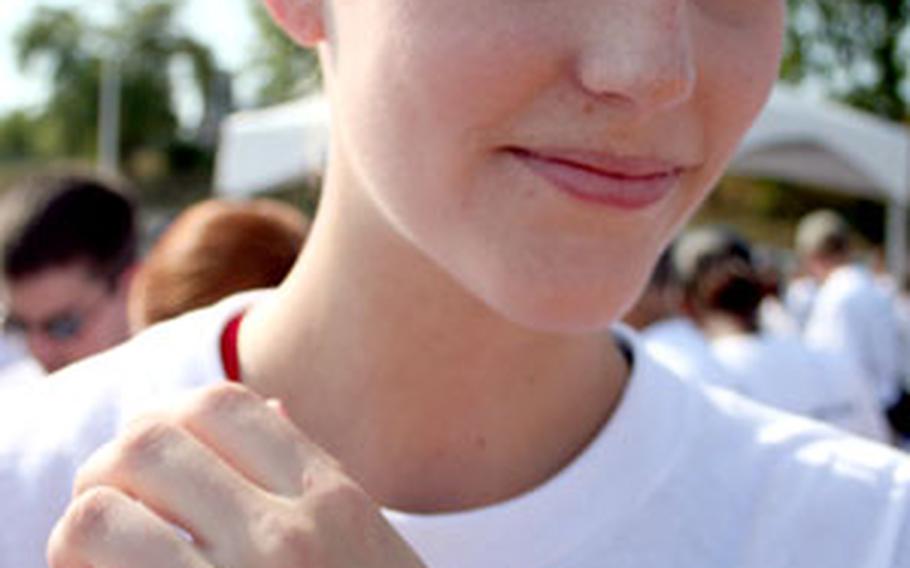 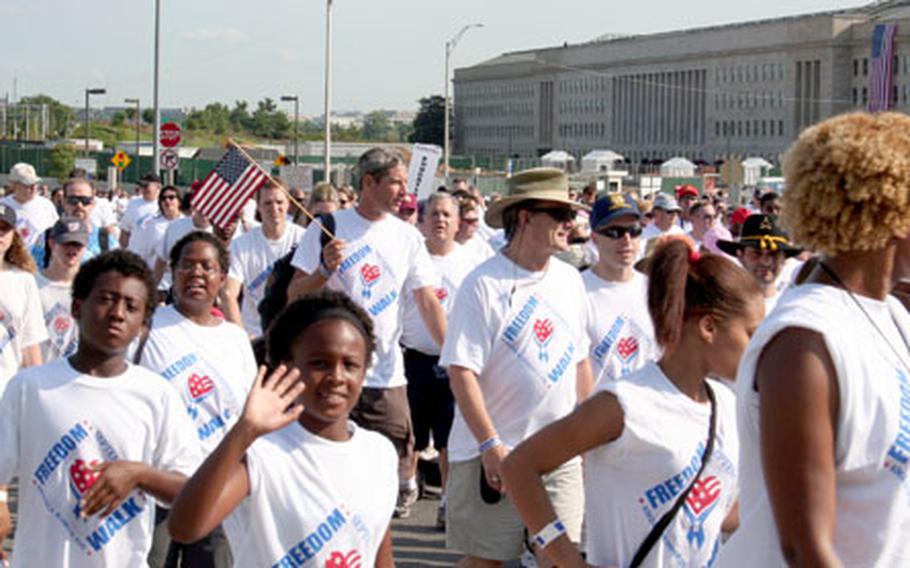 Participants in the Freedom Walk pass the side of the Pentagon that was hit on Sept. 11, 2001. (Jeff Schogol / S&S)

ARLINGTON, Va. &#8212; Thousands of people participated in Sunday&#8217;s third annual America Supports You Freedom Walk to commemorate the victims of 9/11 and show their support for U.S. troops.

The event in Washington was one of 235 Freedom Walks around the world Sunday, according to America Supports You, which runs the events and gives publicity to nonprofit groups that help U.S. troops.

The Washington Freedom Walk was expected to draw 15,000 participants, but only 8,000 had registered online as of Friday, organizers said.

On Sunday morning, people wearing white Freedom Walk T-shirts streamed out of a subway stop toward the Lincoln Memorial, where the event began.

One of the people who participated in the walk was Barbara A. Smith, 22, who lost her uncle in the Sept. 11, 2001, attacks on the World Trade Center. Smith, of Arlington, Va., wore a bracelet bearing the name of her uncle, Doug Cherry.

Don Boland, 45, participated in his second Freedom Walk on Sunday even though he said he feels the wars in Iraq and Afghanistan have dragged on for too long.

&#8220;I grew up in the Vietnam era, and this feels like a repeat of what happened in Vietnam, and we should have learned our lesson then,&#8221; said Boland, of Fredericksburg, Va.

Boland said he joins the Freedom Walks to celebrate American freedoms, some of which he feels have been taken away in the aftermath of the attacks.

Mills, of North Laurel, Md., said she and a group of active-duty servicemembers decided to join this year&#8217;s Freedom Walk as a group.