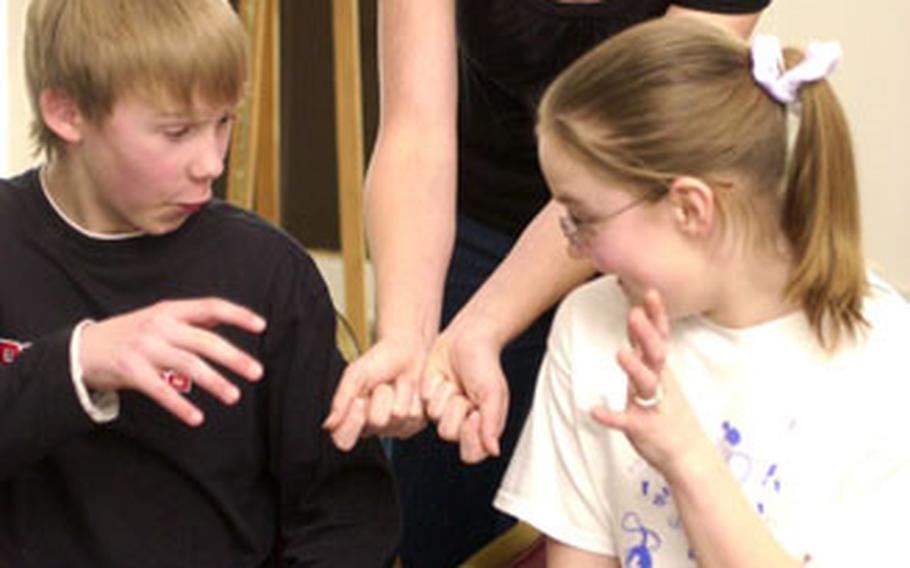 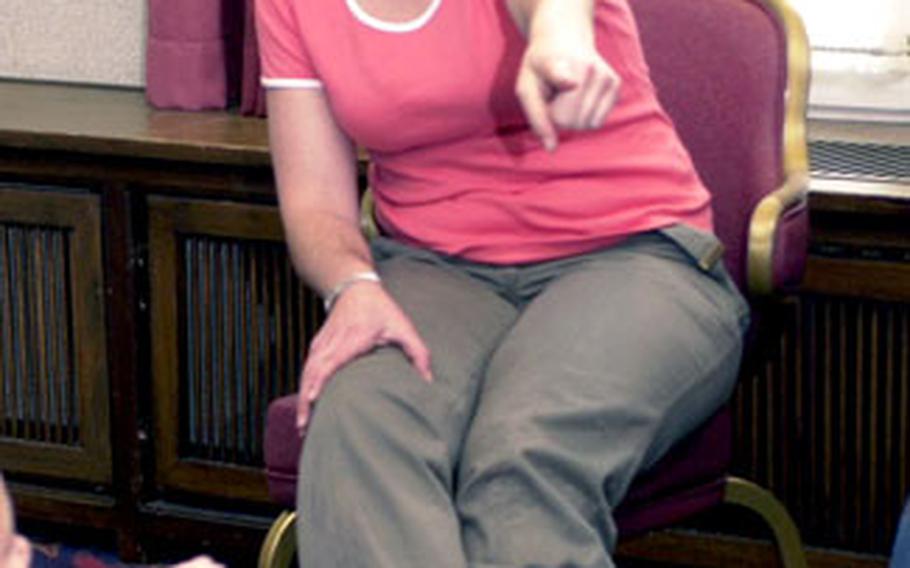 LANDSTUHL, Germany &#8212; Scott Cox and Anne Briggs are rehearsing a scene from the play &#8220;Hansel and Gretel&#8221; when they are suddenly interrupted.

&#8220;Say it with more attitude,&#8221; Jill Franklin says to Scott, repeating the line exactly as she wants him to deliver it.

With just a few days until show time, there is no time to waste. While most school plays take months to prepare, these students have just four days to perform the classic tale with the help of a supporting cast of 50 other kids.

The Missoula Children&#8217;s Theatre is putting on similar shows at U.S. Army bases throughout Europe until the end of May. Installation Management Agency-Europe is sponsoring the traveling workshops, which are free to children.

Two teams led by two directors from the Montana-based theater company produce the traveling shows and crash-course acting workshops with the help of local children and teens, from 5 to 18 years old. The teams hop from base to base with only scripts, costumes, stage sets and musical scores.

The teams, which are finishing up weeks in Kaiserslautern and Stuttgart on Saturday, have only five days to audition a new cast, teach them their lines, songs and dance routines and then put on a performance. Most of the children have little or no acting or singing experience. The only requirements for cast members are that they can say their name and their age and be at least 5 years old and in kindergarten.

This is how it typically works: The directors arrive in town on Sunday, cast members audition on Monday, rehearse Tuesday through Friday and perform the one-hour show on Saturday.

Trish Kimbell, a Missoula director, said the pace of rehearsals gives the inexperienced thespians little time to get nervous or succumb to a bout of stage fright.

This will be the third time Courtney Collins, a 16-year-old sophomore from Ramstein High School, has participated in Missoula&#8217;s program. She also has acted in school plays.

Missoula Children&#8217;s Theatre on the road

Two teams will be touring Europe offering acting workshops capped by a performance of &#8220;Hansel and Gretel.&#8221; Auditions are typically on Mondays with performances on Fridays or Saturdays.

Installation Management Agency-Europe is sponsoring the workshops, which are free to children and youth between 5 and 18 years old. For more information, call DSN 370-7499 or visit www.mwr-europe.com.

Upcoming stops, all in Germany unless otherwise noted, are:

April 30-May 6: Darmstadt and Kitzingen

May 7-13: Hohenfels and Vicenza, Italy