Fraud, waste and abuse cost US $19 billion in one decade in Afghanistan 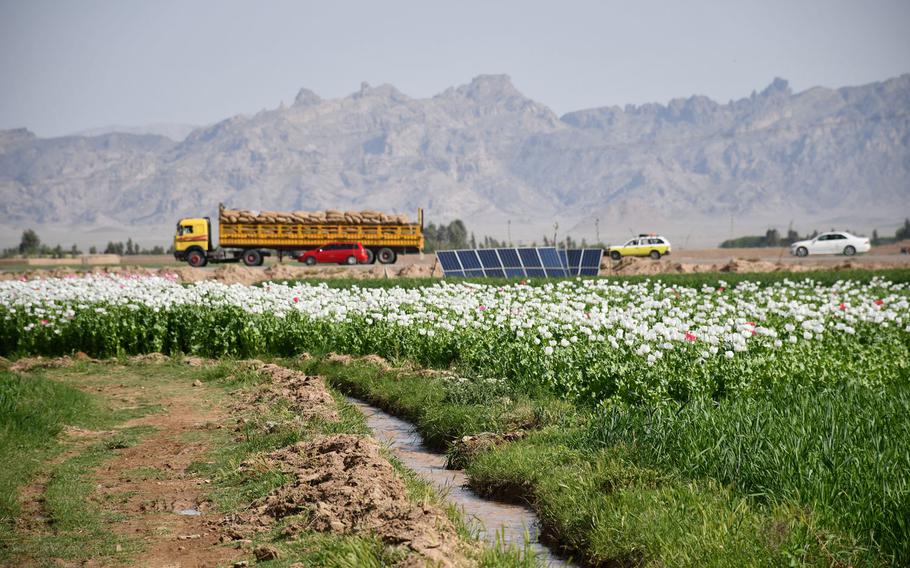 Buy Photo
Opium poppies grow near a road in Afghanistan's Kandahar province on April 9, 2019. The Special Inspector General for Afghanistan said in a report this week the U.S. has lost roughly $19 billion to waste, fraud and abuse in Afghanistan since 2009, including in counternarcotics programs. (Phillip Walter Wellman/Stars and Stripes)

KABUL, Afghanistan — Nearly $19 billion of U.S. money was lost in a decade of war in Afghanistan to fraud, waste and abuse, a government watchdog report has said.

Most of the losses were attributed to failed counternarcotics and stabilization programs, the Special Inspector General for Afghanistan Reconstruction said in a report published Tuesday.

More than $3 billion was lost in the past two years alone, the report said. That, on top of some $15.5 billion that was lost between 2009 and 2017, represents nearly a third of all the expenditures SIGAR has reviewed in the years since it was created in 2008 to track U.S. taxpayer dollars spent in Afghanistan.

Ninety percent of the losses were caused by waste, which the report defined as “the act of using or expending resources carelessly, extravagantly, or to no purpose.”

Examples of waste given in the report were books supplied for an education program that sat unused because principals and teachers said they were in poor condition, or a sports stadium that sat idle because “it was not designed correctly to host football (soccer) games and did not have a functioning irrigation system.”

Fraud, including bribery, theft, corruption and bogus contracts accounted for about 9% of the losses, and abuse of power by officials the remaining 1%.

In one case, a contract between the U.S. Agency for International Development and an Afghan mining development program fell through because Afghan government officials didn’t want to pass a law legalizing mines because they or their families controlled illegal extraction operations, the report said.

Congress has appropriated more than $130 billion for reconstruction efforts in Afghanistan since the U.S. invaded the country in 2001 to dismantle al-Qaida and to overthrow the Taliban. International donors provide about three-quarters of Afghanistan’s total expenditures, and the World Bank has estimated that the country will need more than $8 billion in foreign aid each year until at least 2024 — three years after all foreign troops are expected to have left the country if the U.S. and Taliban uphold all the terms of a deal they signed in February.

The report was released just more than a month into peace talks in Qatar between the Taliban and the Afghan government, and as the U.S. continued to draw down troop numbers.

“Endemic corruption, widespread insecurity, and a lack of accountability over on-budget assistance continue to make any investments made in Afghanistan vulnerable to waste, fraud and abuse and may threaten the peace process as well as the perceived legitimacy and effectiveness of the Afghan government,” the report said.