Franklin will retire as a two-star, officials say 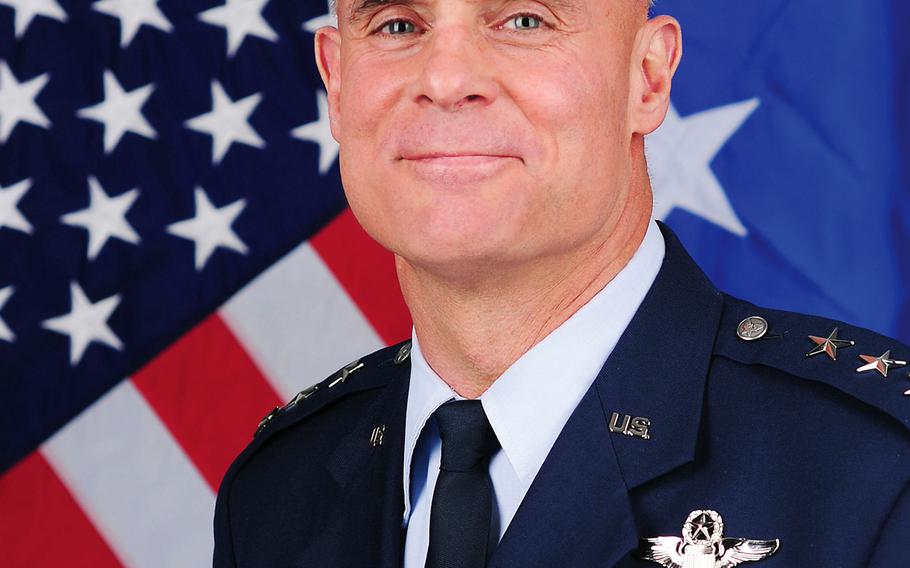 Note: This story has been updated.

Third Air Force commander Lt. Gen. Craig Franklin will lose a star when he retires at the end of the month.

Franklin, whose decision last year to dismiss a sexual assault conviction led Congress to curb commander authority in the military justice system, and who announced his upcoming retirement on Wednesday, will be retired as a major general, officials said.

That’s because Franklin will have served only 22 months as a lieutenant general when he steps down from Third Air Force command at the end of the month. The law requires three years’ time-in-grade for military officers’ retirement purposes.

Franklin said in a statement that he was retiring “for the good of this command and the Air Force.”

His statement said that for nearly a year his judgment as a court-martial convening authority had been questioned publicly and repeatedly.

“The last thing I want in this command, is for people to feel they cannot bring a sexual assault case forward or feel it won’t be dealt with fairly,” his statement said. “In addition, public scrutiny will likely occur on every subsequent case I deal with.”

Three weeks ago, Stars and Stripes reported that top Air Force officials had moved a sexual assault case to be re-investigated after Franklin, in concert with his legal adviser, had decided against a court-martial.

But for nearly a year, Franklin has been a lightning rod in the debate over military sexual assault and how best to address it, ever since he, in February, dismissed a court-martial jury’s sexual assault conviction of then-Lt. Col. James Wilkerson, sprung the Aviano, Italy-based fighter pilot from jail and re-instated him into the Air Force.

“The Secretary of Defense may waive the three-year time-in-grade requirement in instances where the general officer concerned has at least two-years time-in-grade,” according to the Senior Leaders Handbook for General Officers.

Additionally, the president may waive the requirement for general officers with less than two years’ time-in-grade in “individual cases involving extreme hardship or exceptional or unusual circumstances cases,” the handbook says.

Franklin will not request a waiver, however, said Lt. Col. Paul Baldwin, a spokesman for U.S. Air Forces in Europe.

Franklin’s retirement as a major general must be approved by the Air Force secretary, according to Lt. Col. Laurel Tingley, an Air Force spokeswoman.

Note: This story was updated on Jan. 10, 2014, to explain that Air Force Lt. Gen. Craig Franklin would retire as a major general because he would have 22 months time-in-grade when he steps down as commander of Third Air Force at the end of the month. His actual retirement date has not been made public.