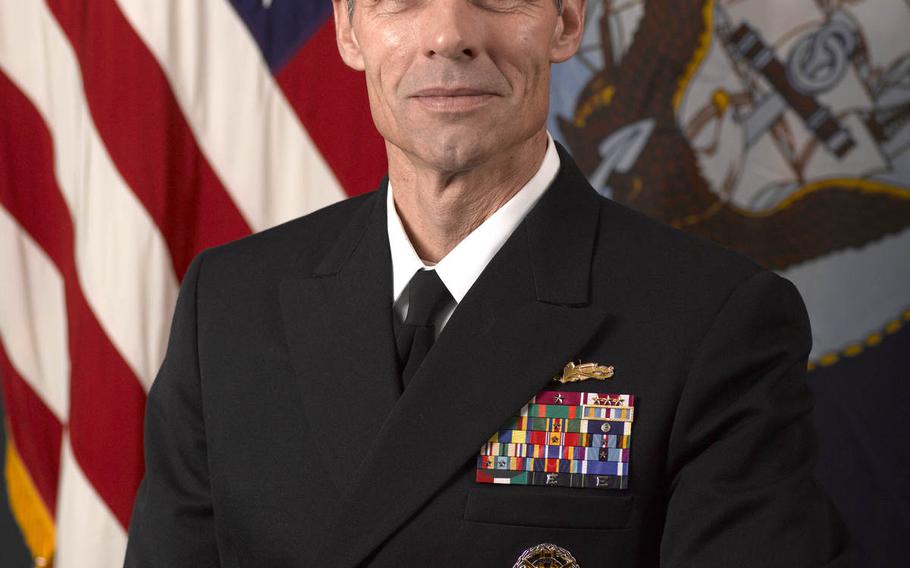 Rear Adm. Michael T. Franken has been nominated for promotion to the rank of vice admiral and for assignment as U.S. Africa Command deputy commander for military operations, the Pentagon announced March 20, 2015. (Courtesy U.S. Navy)

Rear Adm. Michael T. Franken has been nominated for promotion to the rank of vice admiral and for assignment as U.S. Africa Command deputy commander for military operations, the Pentagon announced.

For the past two months, Franken has been the interim director of the Defense POW/MIA Accounting Agency, an organization established in January and charged with accounting for missing servicemembers from conflicts dating from World War II through the first Gulf War.

Franken’s previous flag assignments include special assistant to the director of the Navy Staff, the chief of Legislative Affairs for the Department of the Navy, and vice director, Strategy, Plans, and Policy at U.S. Central Command. He was the commander of the Combined Joint Task Force-Horn of Africa headquartered in Djibouti from 2011 to 2012.

Franken, an Iowa native who was the 1981 distinguished Naval Reserve Officers Training Corps graduate from the College of Engineering at the University of Nebraska, was the first commander of USS Winston S. Churchill. He was also posted to the USS King, USS Dahlgren, and the USS Barry. As commodore, he commanded Destroyer Squadron 28 and Commander, Task Group 152.0 for the Eisenhower Strike Group from 2005 to 2007.

While ashore, Franken has served in every operational staff ranging from a readiness squadron to a four-star fleet command. He also served multiple times in the Office of Secretary of the Navy, on the Navy Staff, and in the Joint Staff as U.S. Pacific Command division chief. He was also the first military officer to serve as a military legislative fellow for the late Sen.Ted Kennedy of Massachusetts.

Franken earned a graduate degree from the College of Physics at the Naval Postgraduate School. He is a graduate of the Brookings Institute and the Massachusetts Institute of Technology Seminar XXI.