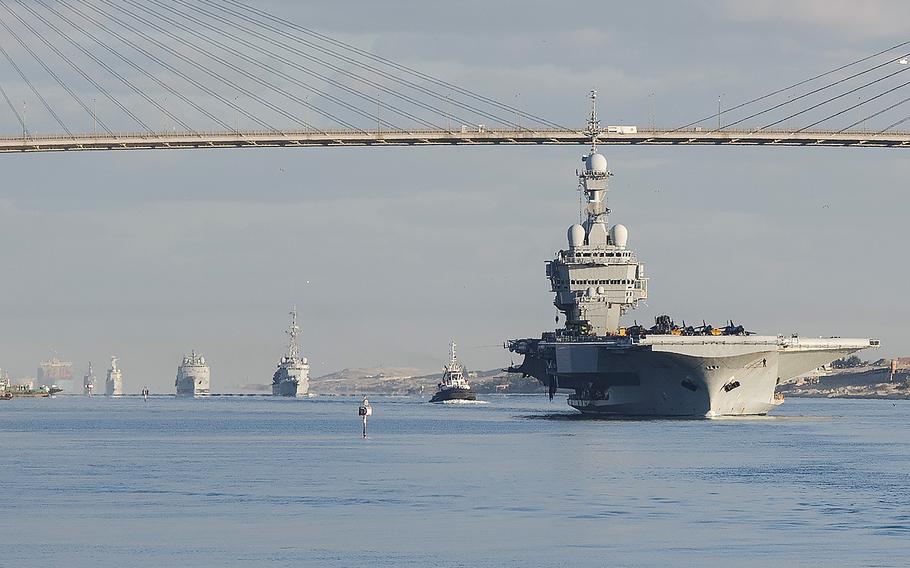 The plan for the French to take control of the task force has been in place for several months and is not in response of the Paris attacks, a Navy spokesman said.

The Charles de Gaulle and its battle group left their home port of Toulon, France, on Nov. 18 to support strike operations over Iraq and Syria. It is currently in the U.S. 5th Fleet Area of Operations.

U.S. 5th Fleet is responsible for some 2.5 million square miles of area, including the Persian Gulf, Gulf of Oman, North Arabian Sea, Gulf of Aden and the Red Sea.