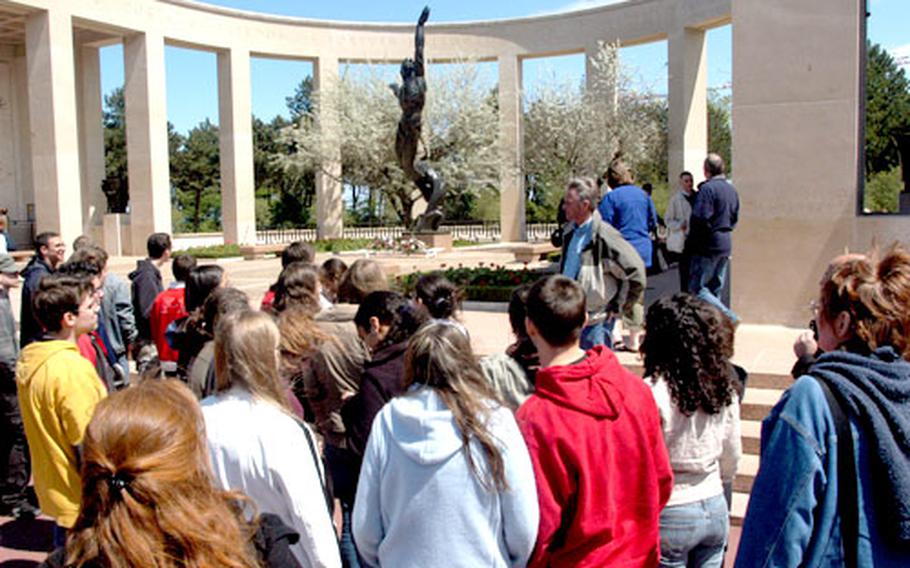 A teacher talks to his class during a field trip to the American Cemetery at Normandy in Colleville sur Mer, France. (Charlie Coon / S&S)

A teacher talks to his class during a field trip to the American Cemetery at Normandy in Colleville sur Mer, France. (Charlie Coon / S&S) 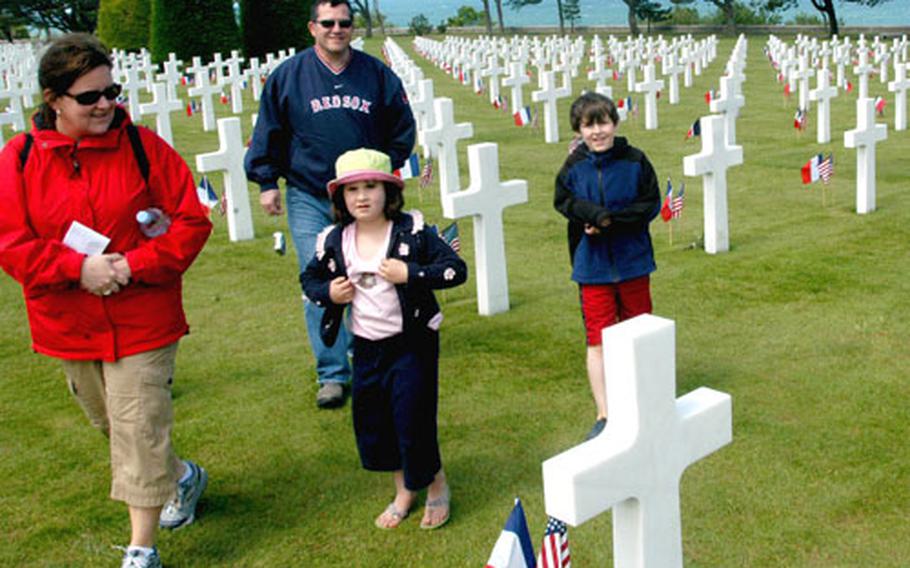 David and Katy Greco of Southborough, Mass., and their children Gracie, 7, and Robbie, 9, toured the American Cemetery at Normandy, France, this week. (Charlie Coon / S&S) 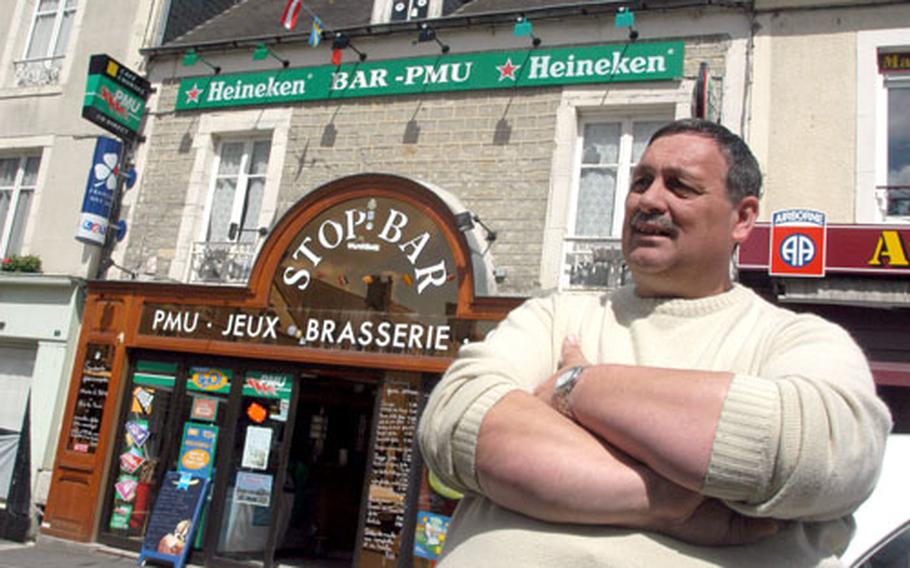 Jean-Bernard Valognes, a local store owner, said interest in D-Day has increased over the past two decades. "We have more new monuments," Valognes said. "The story of what happened is coming out more now than before." (Charlie Coon / S&S) 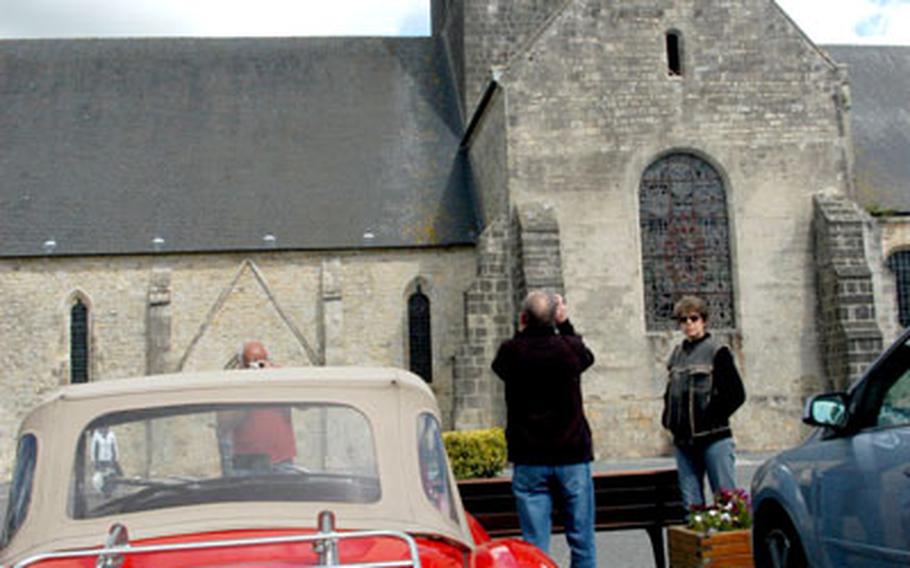 Tourists take photos of the church on the 6th of June Square in Sainte-Mére-Église, where a replica of paratrooper Sgt. John Steele hangs from the roof. Steele&#39;s chute got caught on the church during the Allied invasion of Normandy. (Charlie Coon / S&S)

Math, of the defense attach&#233; office in Paris, and others arrived this week to finish preparing for the annual celebration of the Allies&#8217; liberation of France, which began with the landings and paratroop drops into Normandy on D-Day, June 6, 1944.

About 50,000 are expected to crowd into tiny Sainte-M&#233;re-&#201;glise, the first village to be liberated, for its various parties. The French, as usual, are expected to roll out the red carpet for the surviving liberators, who are now in their 80s.

For the first time, paratroops from Germany, which was the enemy 62 years ago, will join ones from the U.S., Britain, Canada and France for the yearly jump into the field at La Friere Bridge, located just outside the village.

About 250 troops were originally scheduled to jump, but Math said that about 80 soldiers from Fort Benning, Ga., would likely not make the trip due to a late order by the Army to suspend discretionary spending.

Also for the first time, the nearby city of Bayeux is joining with 33 other municipalities in the Bessin region to coordinate their D-Day events. Before, the events were held individually, with each town doing its own thing.

In the future, Broscher said, the towns might schedule festivals to their particular dates of importance. For example, Bayeux was liberated on June 7, 1944. Broscher said this could enable a longer-lasting festival with individual towns taking turns in the spotlight over several weeks.

At the American Cemetery at Normandy in Colleville sur-Mer, between Sainte-M&#232;re-&#201;glise and Bayeux, it has already been a busy year, according to Fred Rhodes, the cemetery&#8217;s assistant superintendent.

Through late May, approximately 450,000 people had visited the cemetery, Rhodes said, which is about 25 percent more than normal.

David Greco, who is from Southborough, Mass., but currently working in England, was visiting the cemetery on Memorial Day with his family.

&#8220;The thing is, all these people got out of the boats and ran right into the fire. Do people like this still exist anymore?&#8221;

11 a.m.-7 p.m. &#8212; Display of vintage military vehicles, costumes and other attractions at Longues-sur-Mer, site of the historic German battery. Fireworks at 11 p.m.

All day &#8212; at Omaha Beach golf course, exhibition of wartime vehicles and equipment.