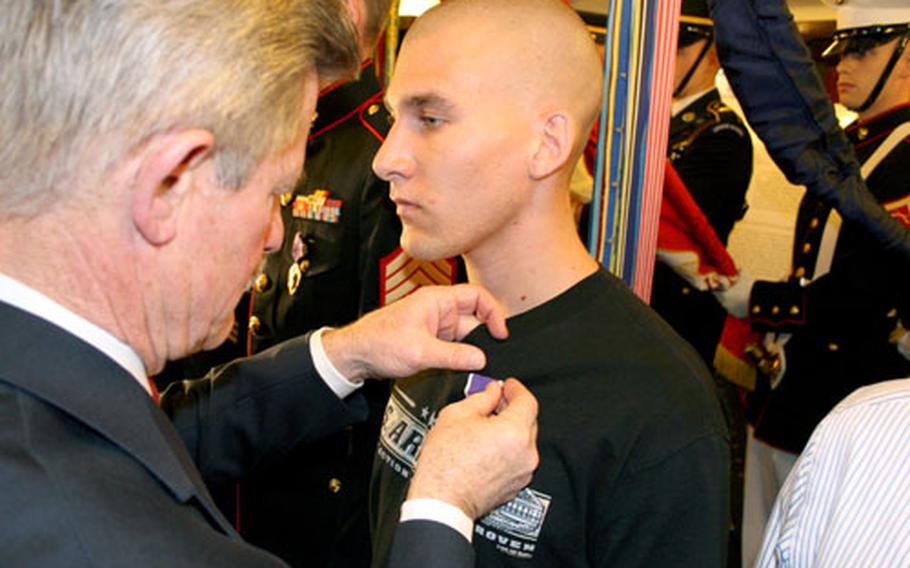 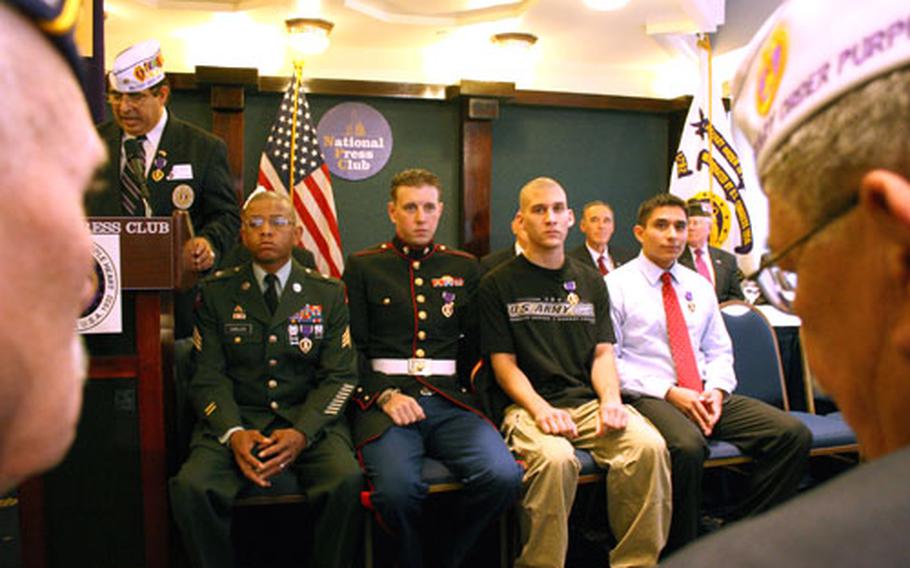 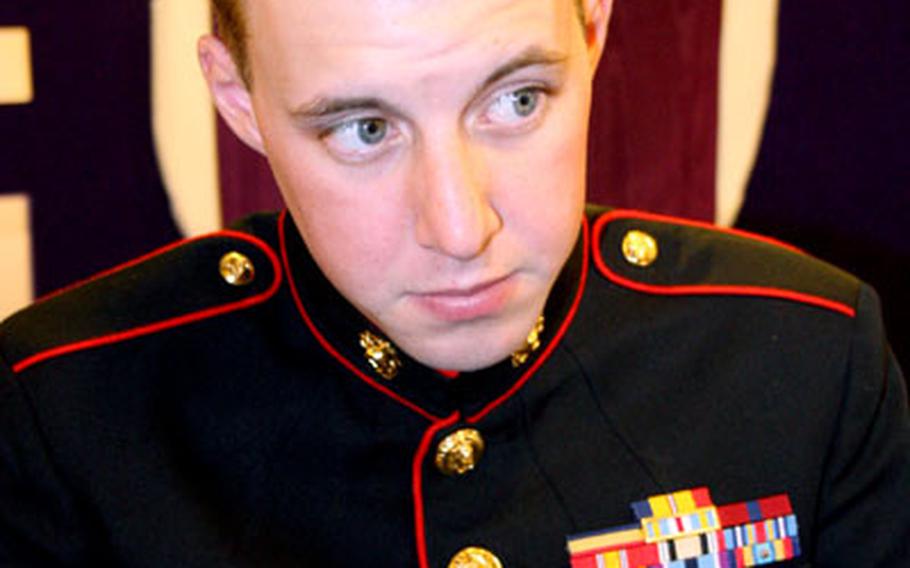 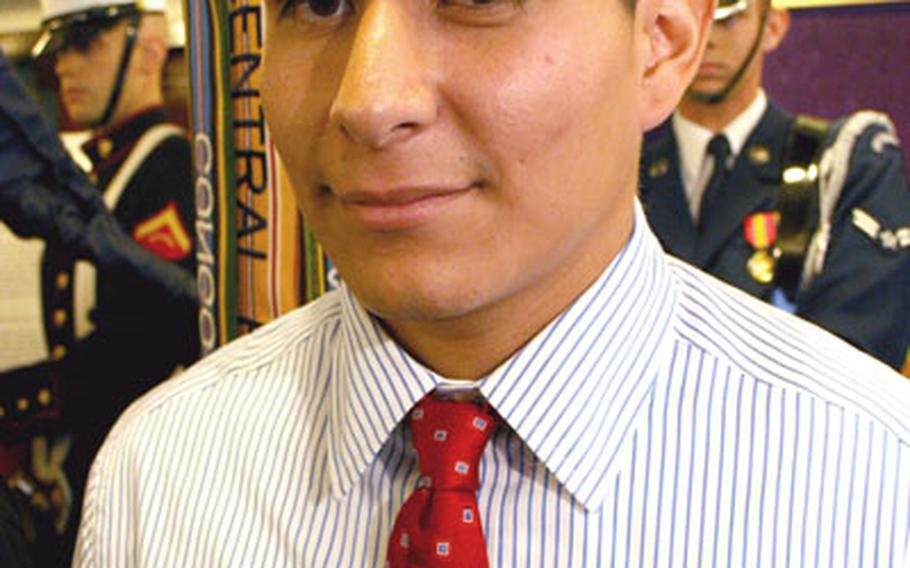 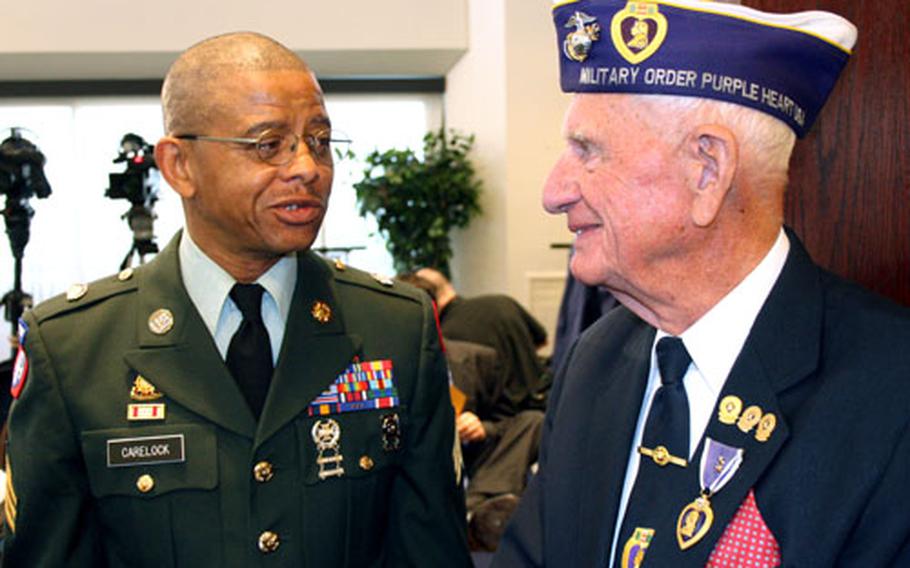 WASHINGTON &#8212; When Marine Sgt. Jeffrey Combs&#8217; Humvee hit a roadside bomb in Iraq, he kept himself calm as he dragged his corpsman to safety, tightened a tourniquet around his own shattered arm and directed his unit to safety.

When Combs received the Purple Heart on Wednesday, he was overwhelmed.

Combs and three others wounded in combat this year became the latest servicemembers to receive the nation&#8217;s oldest military decoration, and they will be among the youngest troops to be honored in the new National Purple Heart Hall of Honor, scheduled to open in New Windsor, N.Y., next week.

The $6 million-plus museum was designed to highlight the 1.7 million Americans injured or killed while defending their country, and it will feature biographies of all of the Purple Heart recipients from the conflicts in Iraq and Afghanistan, as well as earlier wars.

Members of the Military Order of the Purple Heart praised the Nov. 10 opening as not only a chance to learn about the history of U.S. warfighters but also a chance to honor the present-day sacrifices of today&#8217;s military.

Organizers of Wednesday&#8217;s event said the young wounded servicemembers give a good glimpse at some of the stories visitors to the hall should expect.

Combs, who served with the 2nd Tank Battalion, 2nd Marine Division, lost his left arm in that bomb attack in August. He lost seven pints of blood before reaching medical personnel, but he remained conscious long enough to make sure his corpsman would survive.

Spc. Nicholas Helfferich, from 2nd Battalion, 37th Armor, 1st Armored Division, was in the roof mount of a Humvee on patrol near Tal Afar when his convoy hit a trip-wire bomb, which launched his vehicle into the air. The Humvee landed on its roof, but not before Helfferich was thrown clear from the wreck.

Both Army Pvt. Kevin Araujo of the 10th Mountain Division, and Army National Guard Sgt. Tyrone Carelock of the 74th Troop Command, suffered shrapnel injuries in August. Araujo was wounded during a firefight in Afghanistan, Carelock in a roadside bomb explosion during a routine patrol in Iraq.

For more information on the museum and the award, visit www.purpleheart.org.