Four Tuskegee Airmen stop in Ramstein on route to Iraq 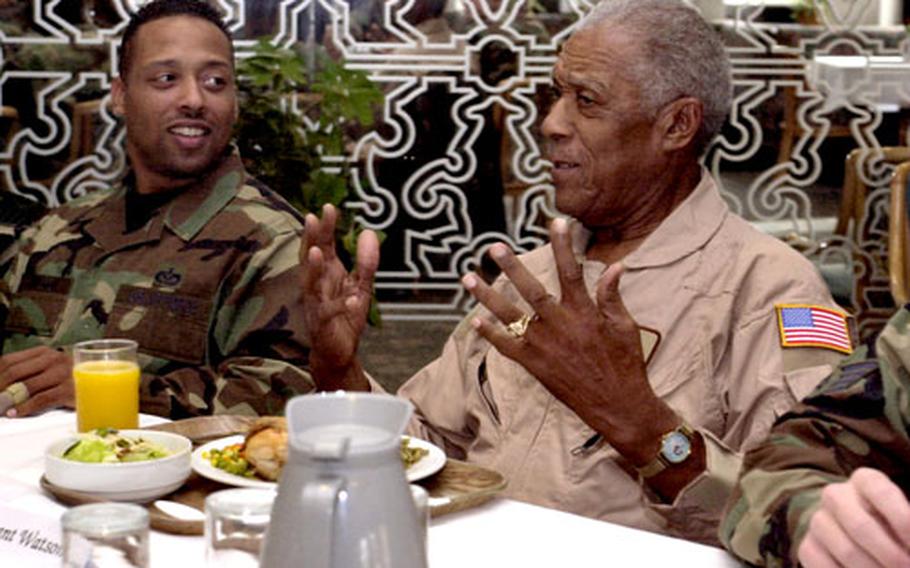 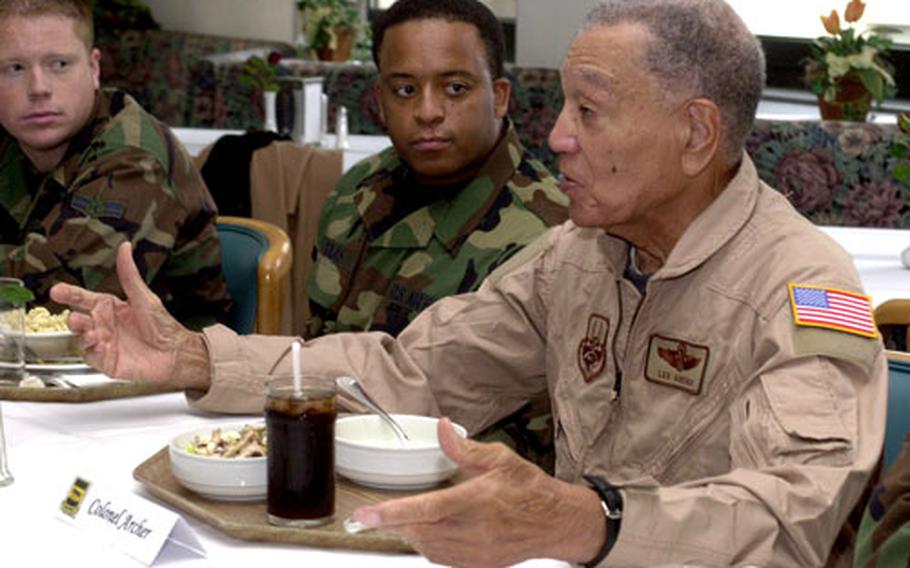 RAMSTEIN AIR BASE, Germany &#8212; It has been more than 60 years since George Watson and a group of black pilots and aircraft mechanics known as the Tuskegee Airmen went to war.

But at 84, the retired technical sergeant is eager to go back to the front lines.

He and three other members of the historic group are traveling to Iraq this week to talk about their battles with discrimination and give troops a boost. They stopped at Ramstein to tour the base and eat lunch with airmen before heading to Balad Air Base in Iraq.

The airmen, now in their 80s, said some family members urged them against going to Iraq, where nearly 2,000 American servicemembers have died since the start of the war in March 2003.

But they said they felt the trip is important.

&#8220;They need to realize that we support them in what they&#8217;re trying to do, and this is one of the best ways that we can do this by going over there and showing them that,&#8221; said retired Lt. Col. Robert Ashby, 80, one of the original Tuskegee pilots.

Many of the Tuskegee Airmen faced discrimination and bigotry throughout their highly decorated military careers.

During World War II, the military launched a special program to train blacks to fly and maintain aircraft. At the time, many people thought that blacks weren&#8217;t smart or courageous enough to fly combat aircraft, and some Tuskegee Airmen said the program was actually started to prove that blacks could not.

Meeting the aviators was an inspirational moment for Jo Ann Mason, deputy commander of mission support at Ramstein Air Base. She shook the hand of each of the retirees and remarked how she &#8220;touched history.&#8221;

Maj. Anthony Roberson, an F-16 pilot based at Shaw Air Force Base, S.C., who helped organize the trip and is escorting the pilots, said having this generation&#8217;s airmen meet the airmen of the &#8220;greatest generation&#8221; is a rare opportunity.

The group will meet members of the Balad-based 332nd Expeditionary Air Wing, which once was the Tuskegee&#8217;s unit, the 332nd Fighter Group.

Lt. Col. Lee Archer, the first black ace of World War II, said he hopes that their trip will give servicemembers in Iraq some inspiration during a very difficult mission.