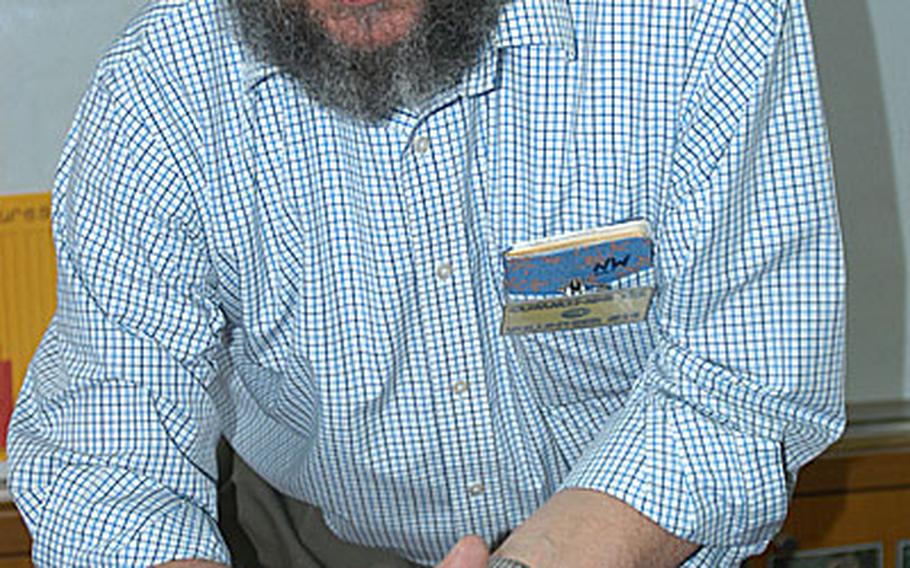 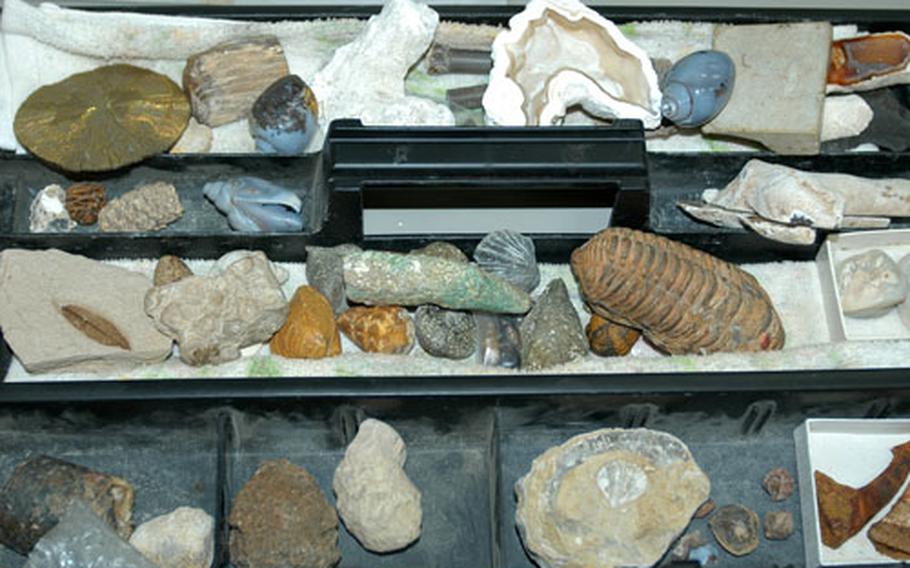 A glimpse of some the fossils, rocks and artifacts belonging to local fossil hunter and school volunteer Herb Bastuscheck of Misawa, Japan. (Jennifer H. Svan / S&S)

MISAWA AIR BASE, Japan &#8212; The kids in Eva Adams&#8217; first-grade class shriek upon hearing the origins of the big brown rock they just touched.

The revelation, despite the giggles and exaggerated hand wiping, is an enlightening moment for the 6-year-olds: Adams and Bastuscheck explain that anything water can soak and deposit minerals into can become fossils.

Bastuscheck was about the same age as the wide-eyed pupils when he began a lifelong hobby to collect relics from the earth.

On a whim at 44, he ventured to northern Japan to teach English for two years. An elementary and junior high school teacher in Oregon, he was divorced, his kids grown. That was 21 years ago.

Marriage to a Japanese junior high school teacher kept him on this side of the Pacific.

It was a second chance in life in a new land of fossils, rocks and artifacts.

For the last 12 years, Bastuscheck has been sharing his passion for discovery with nearly every student who has passed through Misawa schools.

He always shows his most cherished fossil &#8212; that of a 60-million-year-old four-leaf clover branded on a piece of volcanic rock picked from an Oregon field. &#8220;This was growing when the dinosaurs lived,&#8221; he says.

But his favorite stomping ground is &#8220;shipwrecked beach&#8221; in northern Japan, a desolate stretch of sandy shore on the Shimokita Peninsula.

Among the countless agate, jasper, petrified wood, jade and onyx, Bastuscheck has found four horse teeth dating back 1.5 million years. The fossils are from a new species and have been deemed a national treasure, Bastuscheck said.

He combs more than just beaches. Over the years, Bastuscheck has befriended several Japanese farmers with fields that have yielded crops of Jomon artifacts. The Jomon were a prehistoric people who lived in Northern Japan more than 10,000 years ago.

What keeps the hunt fresh?

With plans to retire from his various teaching jobs in April and return to Oregon with his wife, Bastuscheck is on his last round of school presentations at Misawa. But he&#8217;ll continue sharing his love of archaeology and geology with future generations.