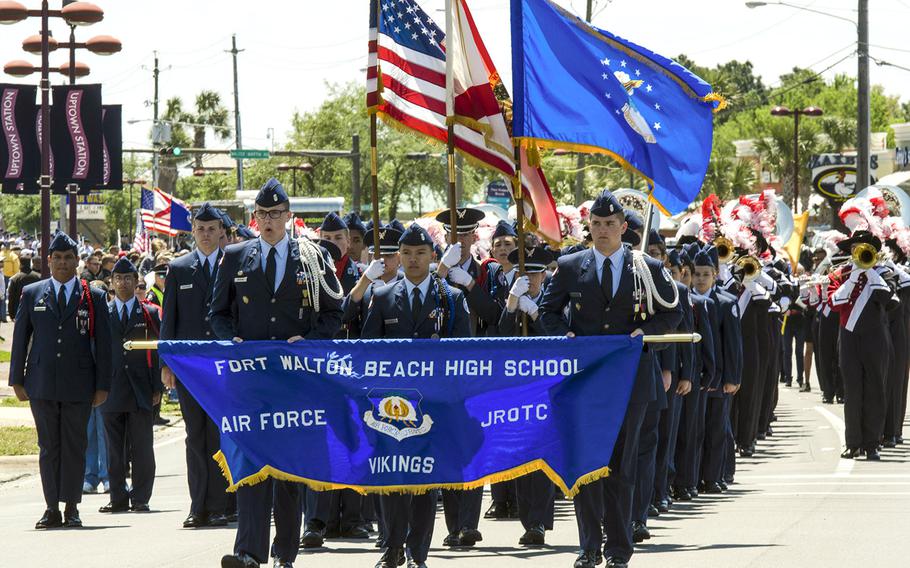 A small city in Florida that hosted a veteran-focused entrepreneurial program is now ranked as one of the best places in America for veterans to start a business.

After setting aside $500,000 for a veteran entrepreneurship program, Fort Walton Beach was named the 10th-best city in America for veterans to develop a business or a new career after they leave the military. The survey ranking comes after seven veteran-owned businesses were given $25,000 grants to establish their operations in the beachside city.

Fort Walton Beach Mayor Mike Anderson said the city, which is near more than 17,000 servicemembers stationed at Eglin Air Force Base and Hurlburt Field, hopes the businesses attracted by the “accelerator” course will bolster an economy heavily reliant on its proximity to the Gulf of Mexico.

“I think it will have a tremendous impact,” said Anderson, who served 20 years in the Air Force. “We found out several years ago with the (BP Deep Water Horizon) oil spill, when we lose our tourism population, we rely mainly on the military (bases) to sustain us, so we’ve been looking at ways to diversify our economy.”

The survey was completed by USAA, a financial-services company that focuses on servicemembers and veterans, and Hiring Our Heroes, an initiative of the U.S. Chamber of Commerce to help transitioning servicemembers find employment. It used more than 30 criteria across the broad categories of entrepreneurship, education and career. Some of subcategories were veteran-owned businesses per capita, small businesses per capita, veteran wage growth and veteran unemployment.

Fort Walton Beach, which has about 20,000 year-round residents, teamed up last summer with Venture Hive, a Miami-based entrepreneurship education company, to offer the $25,000 grants and a business boot camp to veterans looking to expand their companies. There were no limitations on the types of businesses that veterans could develop to qualify for a grant.

Seven companies were accepted to the boot camp and had to relocate to Fort Walton Beach for 12 weeks.

In addition to the $25,000 nonequity grant and course, businesses picked for the program received access to collaborative workspace in Fort Walton Beach for one year and exposure to potential investors. Several of the companies have decided to stay in Fort Walton Beach.

Jon Taylor, founder and CEO of Mr. Quick Pick, a kind of Uber for roadside help, temporarily relocated from Louisville, Ky., to participate in the inaugural accelerator program. Now, the Navy veteran has decided to keep his company in Fort Walton Beach, which he said has a good climate for veterans.

Anderson persuaded the city council to set aside $500,000 for the program, so the grants will continue for at least a few more years. He sees it as a way to entice servicemembers stationed at the nearby bases to stay in the Fort Walton Beach area after they leave the military.

“We have so many military who are retiring and separating here and going off because they don’t think there’s opportunity,” he said.