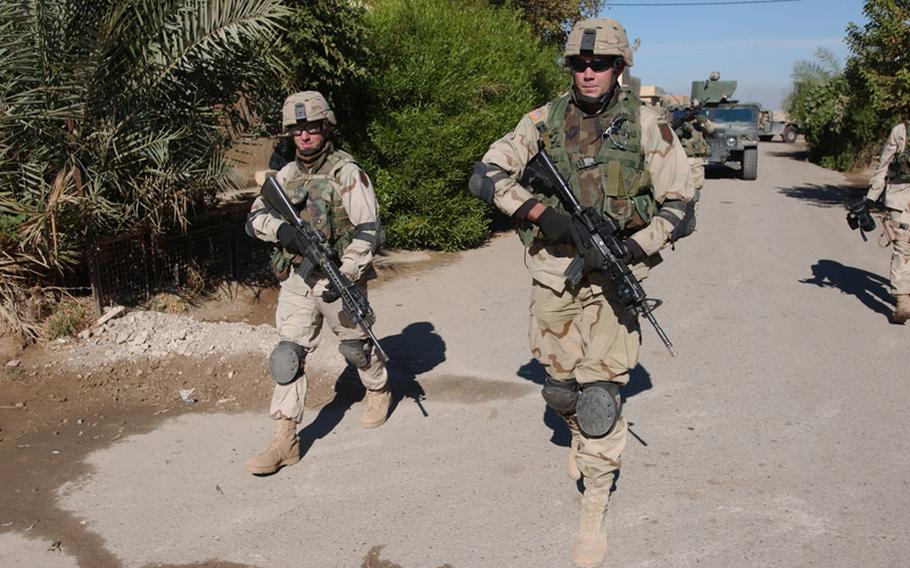 Soldiers from the 2nd Brigade Combat Team, 1st Infantry Division patrol Iraq in 2004. The brigade will be teaming up with AFRICOM for rotational missions that will train and send small units to Africa as needed. (U.S. Army photo)

WASHINGTON &mdash; The Fort Riley-based 2nd Brigade Combat Team, 1st Infantry Division, will be &ldquo;regionally aligned&rdquo; with Africa starting around March, but the unit will stay in Kansas until portions of it are needed for missions in Africa, officials said Thursday at the Pentagon.

The regional alignment strategy calls for brigade-sized forces to be linked with combatant commands, such as U.S. Africa Command, so elements of the unit can be called on for missions in that region as necessary, similar to how special operations forces are used. The soldiers in the brigades will be trained on the culture and languages of the region using a training model similar to those used for Iraq and Afghanistan, said Col. Andrew Dennis, the Army&rsquo;s chief of security cooperation policy and concepts.

The Fort Riley brigade is the first to be aligned under the new strategy. &ldquo;This does NOT mean 2-1 BCT is going to deploy, en masse, to Africa,&rdquo; Dennis said.

Rather, smaller units from the brigade may be called at different times to do security force assistance and partnership-building missions, then return to the home base in the United States, with about 60 to 70 percent of the brigade deploying over the course of the regional alignment period, Dennis said.

The idea is to provide a more predictable supply of forces to geographic combatant commanders, Dennis said.

Many of the details are still &ldquo;pre-decisional,&rdquo; Dennis said, including other brigades that may be selected for regional alignment and the length of those alignments.