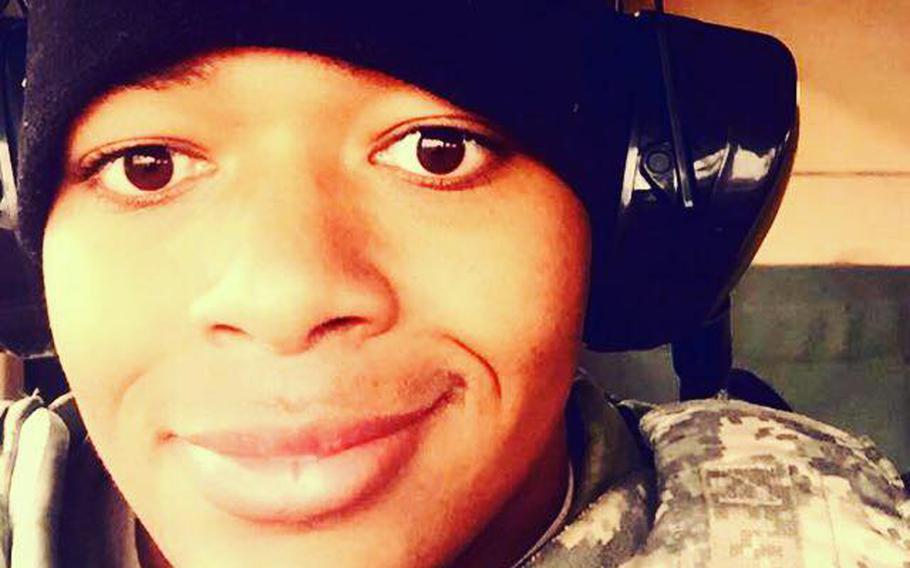 Spc. Xavier Joseph Harden, 23, was visiting a lake with his wife and 3-year-old child when he drowned after entering the water to pull a raft to shore. Harden could not swim. (via Facebook)

A Fort Riley soldier drowned at Milford Lake, a large manmade lake near the Kansas Army installation, Sunday afternoon after jumping into the water from a pool raft, an Army statement said.

Spc. Xavier Joseph Harden, 23, was visiting the lake with his wife and 3-year-old child when the incident, which is still under investigation, occurred.

“This is a tragic loss for the entire ‘Longknife’ family,” Lt. Col. Dave Maxwell, commander of 5th Squadron, 4th Cavalry Regiment, said in a statement. “We are supporting and will continue to support Xavier’s family through this difficult time.”

Harden’s wife told the Geary County Sheriff’s office that he jumped into the water after the wind pushed the family’s raft too far away from the shoreline, according to The Associated Press. Although Harden could not swim, he intended to pull the family back closer to land, but struggled to stay afloat.

Harden’s body was found in 16 feet of water by a Geary County Sheriff’s Office rescue boat equipped with side scan sonar. He was pronounced dead on the scene, according to The Junction City Daily Union.