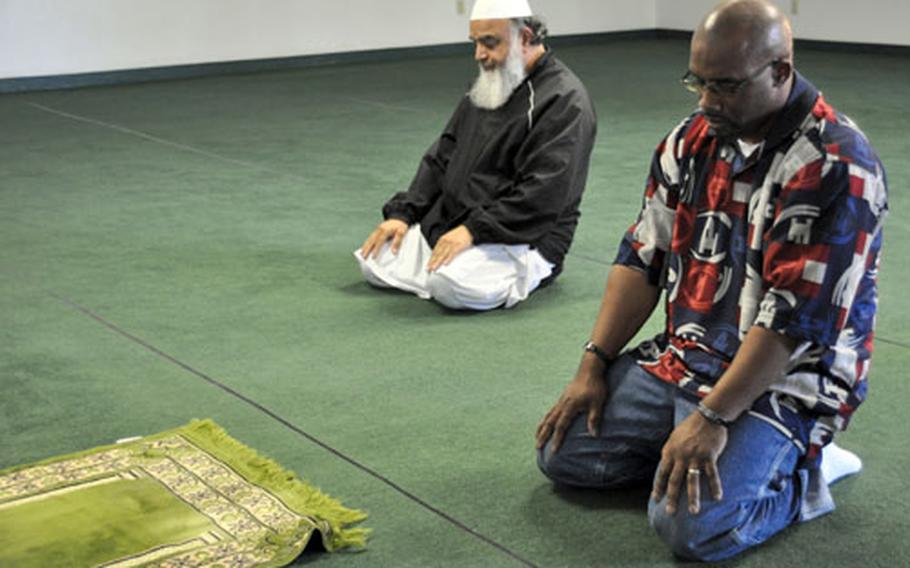 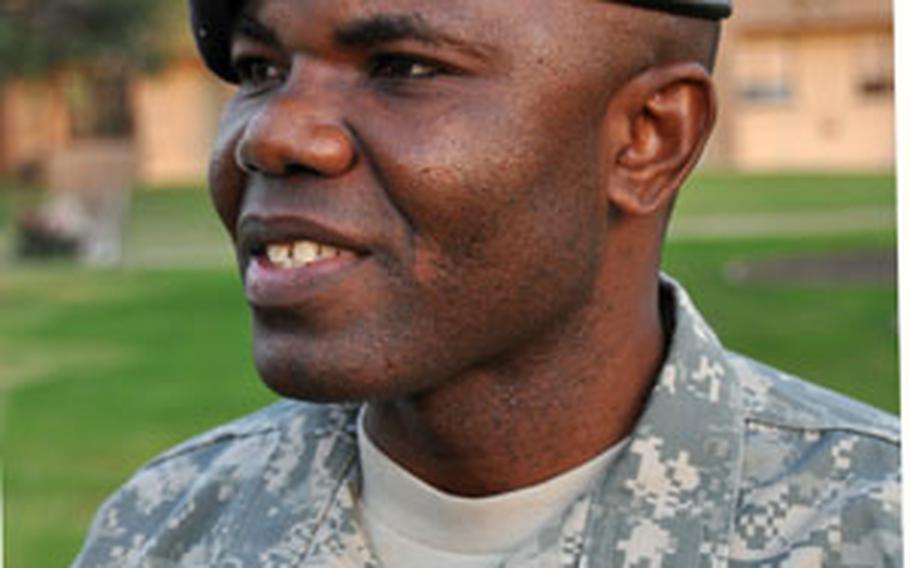 After the shooting, combat instincts kicked in

Despite Army efforts, no catch-all test for troubled soldiers

FORT HOOD, Texas - At a nondescript mosque just a few miles away from this sprawling U.S. Army base, Maj. Nidal Malik Hasan had recently befriended a young Muslim convert, taking him under his wing and mentoring him in his new faith.

The two talked in general terms about religion and righteousness. But two weeks ago, the conversation turned to Hasan&#8217;s distress about deploying to Afghanistan. Hasan advised Duane Reasoner Jr., the son of two retired soldiers, not to join the Army.

Last week Hasan, an Army psychiatrist, allegedly shot up a soldier readiness center on Fort Hood, killing 13 and wounding 29 others. And although his alleged shooting spree marks him as an extremist, Hasan&#8217;s struggles to reconcile his faith with his military service are familiar to thousands of other Muslims serving the U.S. armed forces.

&#8220;Every Muslim soldier in the Army has at least confronted that question one way or another,&#8221; said Maj. Derrill Guidry, an intelligence officer stationed at Fort Hood. &#8220;You tend to question it, but not everybody is conflicted.&#8221;

But he added that Muslim soldiers sometimes feel like they&#8217;re being forced to choose sides &#8220;between our country, our military and other Muslims.&#8221;

Maj. Dawud Agbere, one of only a few Muslim chaplains in the U.S. military, said he counsels Muslim soldiers and those of other faiths in the same way when they struggle with the &#8220;business of killing.&#8221;

Guidry said he never had a problem with his duty to the Army, and that for most Muslims it&#8217;s a matter of personally being comfortable with their faith.

&#8220;When you take a realistic point of view and recognize that there are things being done and wrongs being done against people who can&#8217;t defend themselves, it becomes rather easy,&#8221; he said.

Qaseem Ali Uqdah, executive director of the American Muslim Armed Forces and Veteran Affairs Council, said a number of soldiers have sought his counsel about concerns or reservations regarding U.S. operations in Iraq and Afghanistan.

For some with strong convictions, he has counseled them against continuing in the military. But for most, his approach is to remind them they have a job to do and not to infer religious undertones in military operations that have clear strategic and humanitarian goals.

Jameel Sabree, who retired from Fort Hood as a sergeant first class in 2008, said in his 20 years in the Army he &#8220;never had any problems whatsoever with my religion and doing my job.&#8221;

Although taking arms against another Muslim could be complicated, he said wasn&#8217;t troubled by fighting in Iraq during his two deployments there.

Since 2003, the U.S. military has actively recruited Muslims for their language and cultural knowledge. Still, the number serving is small: About 3,500 servicemembers have identified themselves as Muslims on official military paperwork out of an active-duty population of 1.4 million.

Lt. Col. Ira Houck, the world religions chaplain for III Corps, said that among the Muslim soldiers who have come to him since the shootings, &#8220;there is an emerging cloud of disbelief and anger. The conversation hasn&#8217;t been about religion--it&#8217;s been about our soldiers.&#8221;

Details about Hasan from those who knew him at Fort Hood paint a picture of an awkward man leading a mostly solitary life who felt isolated from his fellow soldiers because of his faith. He was increasingly obsessed with the notion that the Army was hostile to Muslims.

In academic papers he wrote during his medical studies at Walter Reed Army Medical Center in Washington and at the Uniformed Services University of the Health Sciences in Maryland, Hasan asserted that the United States was waging a war against Islam in Iraq and Afghanistan and that Muslim soldiers should be excused from having to deploy there.

Sabree, who attended the Islamic Community Center of Greater Killeen with Hasan and described him as &#8220;odd,&#8221; said he avoided talking with Hasan because no matter the topic, he always brought the conversation back to &#8220;his favorite talking point: Muslims being oppressed&#8221; in the Army.

Osman Danquah, a leader at the Islamic community center, said Hasan repeatedly sought answers from him about how to counsel those with misgivings about going to war against fellow Muslims. The unrelenting questioning concerned him, Danquah said.

Fort Hood, which started outreach with the local Muslim community last spring, invited the leaders at the mosque to the memorial service Tuesday for the fallen soldiers.

Muslim soldiers say the Army has come a long way in accommodating the Muslim faith in its ranks.

Sabree laughs when he talks about how in 2002 at Fort Irwin, Calif., there was no place to pray, so he and another Muslim soldier laid out their prayer rugs in front of the shopette.

With the deployments to Iraq and Afghanistan over the last eight years, U.S. troops likely have more exposure and familiarity with the Muslim faith than the American population at large. Still, Muslim soldiers often find themselves in the role of educators, particularly downrange, where ethnic slurs against civilians are commonplace.

Guidry said although he didn&#8217;t take the slurs personally, he did find them frustrating since they could undermine the delicate counterinsurgency mission, which requires trust among the local population.

&#8220;Everything you do inside the wire can carry to outside the wire and affect innocent civilians,&#8221; he said.