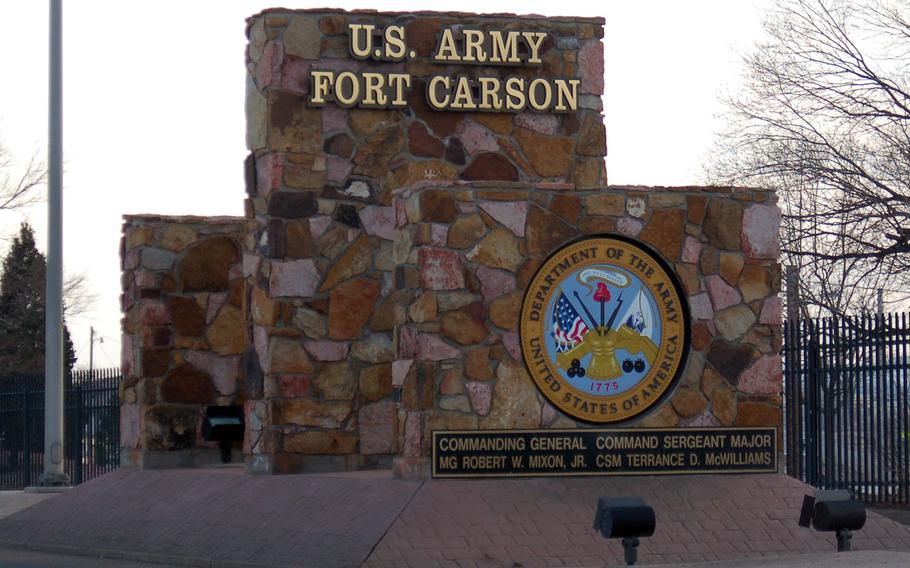 WASHINGTON – The Army is investigating the death of a Fort Carson soldier who died Wednesday on a training installation in Germany where he was deployed in support of Operation Atlantic Resolve, the service announced Friday.

Sgt. Michael J. Martinez was found unresponsive about 6 a.m. local time at Grafenwoehr Training Area and taken to a local German hospital where he was pronounced dead, according to a statement from Fort Carson in Colorado. It was not clear what caused Martinez’s death, an Army spokeswoman said.

Martinez, 22, was a fire support specialist from Norwalk, California, who joined the Army in July 2013 and had been stationed at Fort Carson since October 2016, according to the Army. In January, he deployed to Europe with about 3,500 soldiers in the 3rd Armored Brigade Combat Team, 4th Infantry Division in support of Atlantic Resolve’s mission to train alongside and assure the safety of NATO partner nations in eastern Europe.

The operation was initially launched in March 2015 as a response to Russia’s aggressive action in Ukraine, including its annexation of Crimea.

The unit is due to return to Colorado next month. It has conducted training exercises in several nations including Germany, Poland, Estonia, Latvia and Lithuania during its rotation.

The brigade’s commander, Col. Michael J. Simmering, said Martinez was a “tremendous example” of a soldier dedicated to service.

“We are extremely saddened by the death of Sgt. Michael J. Martinez,” Simmering said in a statement. “This is an unexpected tragedy and a personal loss to the Iron Brigade family, and my heartfelt condolences go out to Michael’s family at this time.”

Another 4th Infantry Division soldier, Spc. Matthew R. Turcotte, also died this week. Turcotte, of the division’s 2nd Brigade, was fatally shot early Wednesday morning during a live-fire training exercise on a Fort Carson range. The Army has described the incident as an accident but is investigating Turcotte’s death.