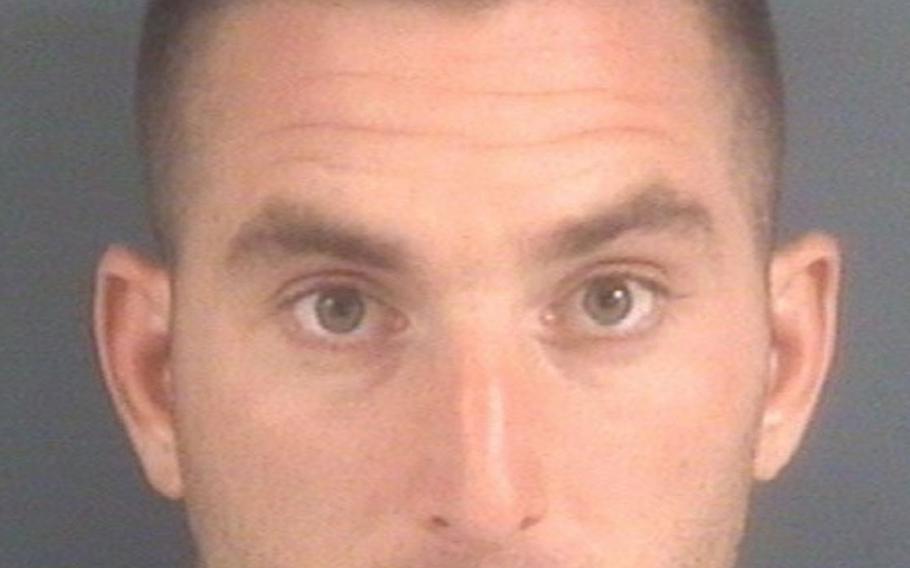 WASHINGTON -- A U.S. soldier from Fort Bragg, N.C., deployed to Afghanistan was sent back to North Carolina this week to face charges of kidnapping and multiple sex offenses, according to law enforcement and Army officials.

Sgt. Andrew Lawrence Porter, 31, was booked into the Cumberland County jail Wednesday on charges of second-degree rape, first-degree kidnapping and two counts of second-degree forcible sex offense, jail records show. The charges are all felonies and were filed by the Fayetteville Police Department, according to the records.

An Army official confirmed Porter was a member of the 82nd Airborne Division and had deployed this summer to Afghanistan from Fort Bragg with his unit, 2nd Battalion, 501st Parachute Infantry Regimen.

“We are working with the appropriate civilian legal authorities on this matter,” said Army Lt. Col. Joe Buccino, a spokesman for the division.

Porter’s bond was set at $300,000 for all the charges. He remained in jail as of Friday, one day after he made his first court appearance, a jail official said. He is scheduled to return to court next month.

The charges stem from an incident on March 24, the Fayetteville Observer reported, citing the police department’s arrest warrant. No additional information about the incident was immediately available.

The three sexual offenses and kidnapping charges that Porter faces are all Class C felonies. If convicted, he faces a potential sentence of 44 to 182 months in prison for each count, according to North Carolina law. He could also face military punishment, an Army official said.