Fort Bragg brigade will deploy this winter to Iraq 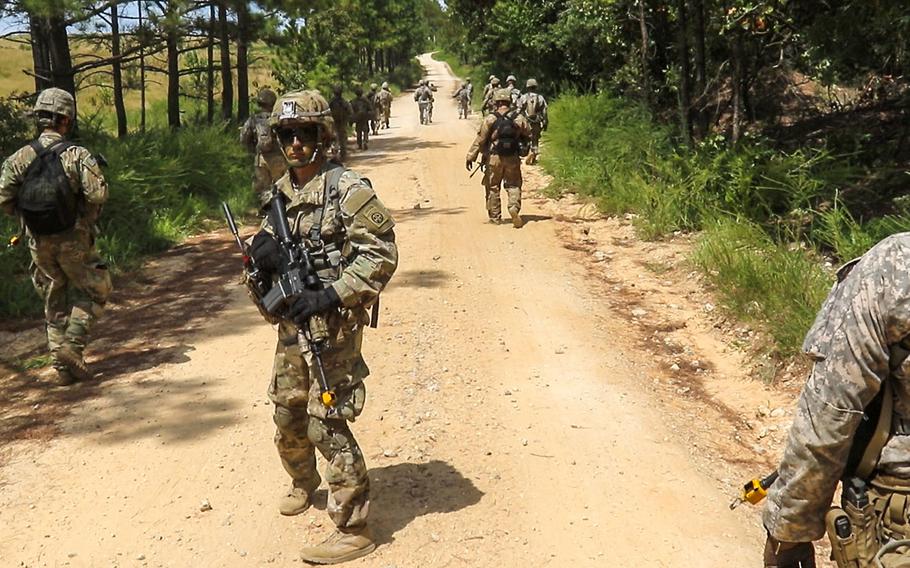 WASHINGTON – A unit of Fort Bragg soldiers will deploy this winter to Iraq to continue the U.S.-led mission to train that nation’s security forces as they fight the Islamic State group, the Army announced Thursday.

The Fort Bragg troops will “train, advise and assist” the Iraqi forces on a wide-range of missions, including operations planning, logistics, artillery targeting and surveillance and reconnaissance, said Staff Sgt. Jason Hull, a spokesman for the brigade. The Army did not specify where in Iraq the unit would be based.

The deployment announcement, a regular rotation of troops who typically serve nine-month tours, comes as Iraq’s elite Counter Terrorism Service began to move into the eastern portions of Mosul, Iraq’s second largest city and the final urban stronghold of the Islamic State group in the country. The fight for that city, which has been held for more than two years by the militants, is expected to be the most complex military operation in Iraq since the United States invaded in 2003. The battle could last several months, potentially until the Fort Bragg troops arrive.

It is unclear what role the 82nd soldiers could serve in the Mosul offensive. Soldiers wearing the 101st Airborne Division patch, the unit that 82nd Airborne troops will replace, have been viewed advising Iraqis participating in the campaign and clearing roadside bombs east of the city, but they were not authorized to speak to reporters. American servicemembers are not serving on the front lines of the battle and are not expected to enter Mosul with Iraqi forces, U.S. Air Force Col. John Dorrian, a spokesman for the counter-Islamic State group coalition, said Thursday.

American defense officials have said the United States is likely to maintain troops in Iraq even after the Islamic State group is expelled from Mosul. The training mission could continue if the Iraqi government approves it. Defense Secretary Ash Carter said last week maintaining a U.S. military presence would be beneficial as the Islamic State group will remain a threat after it loses control of urban territory.

The 2nd Brigade soldiers recently completed a training rotation at the Joint Readiness Training Center at Fort Polk in Louisiana to prepare for the upcoming mission.

The unit’s commander Col. James “Pat” Work said his soldiers are well prepared for the deployment.

“The 2nd Brigade Combat Team is highly trained, disciplined and fit,” Work said in a statement. “… Our team looks forward to this important mission and our opportunity to assist our Iraqi partners.”