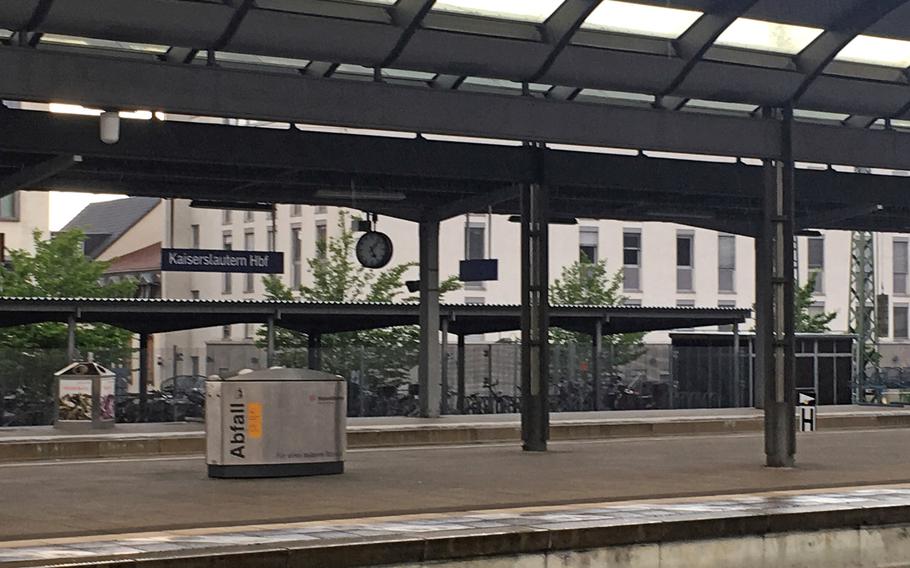 The train station in Kaiserslautern, Germany. A former U.S. military sergeant allegedly killed a German civilian in a fight early Friday morning at the train station. (Heather Benit/Stars and Stripes)

KAISERSLAUTERN, Germany — A former U.S. servicemember is in jail and under investigation for allegedly punching and killing a German man outside the Kaiserslautern train station last month.

The 33-year-old American was arrested shortly after the March 30 fight. German police have not released his name, his former rank or his branch of service. But they confirmed Tuesday that he is a former member of the U.S. military.

The incident occurred about 5:50 a.m. after the American and a 40-year-old German man began fighting at Guimaraes-Platz by the train station, the police said. The American allegedly punched the German man so hard that he fell to the ground. Emergency medical officials revived the man, but he died later at the hospital, police said.

Witnesses helped police to identify and later arrest the suspect, who appeared to be heavily intoxicated.

The American is being held in custody under suspicion of assault with deadly consequences and is deemed a flight risk, Kaiserslautern’s lead prosecutor, Udo Gehring, said. German authorities maintain jurisdiction since the suspect no longer falls under the status of forces agreement.

Kaiserslautern police have appealed to anyone who may have witnessed the incident to contact them.